Jump to Content Jump to Main Navigation
Getting the Most out of Trade Liberalization: Evidence from Machine Learning and Threshold Models
Author: International Monetary Fund. Research Dept.

Trade wars have grabbed headlines in much of Asia, Europe, and North America, but some bright spots in favor of free trade have emerged in Africa.

On May 30, 2019, the African Continental Free Trade Area (AfCFTA) officially went into effect. With 52 African nation members, the AfCFTA covers more than 1.2 billion people and is the largest free trade area in the world since the creation of the World Trade Organization in 1995. It will, as part of its first phase, focus on liberalization and eliminate 90 percent of existing intraregional trade restrictions on goods. Negotiations on a second phase focused on intellectual property rights and competition policy are expected to conclude in 2020.

What does it take to make the most of Such Regional trade liberalization?

The experience of the existing subregional economic communities suggests that reducing tariffs alone is not sufficient to boost intraregional trade (IMF 2019).1 Moreover, further regional trade development has been constrained by factors other than tariffs-namely, infrastructure, trade logistics, business climate, education, and financial depth (IMF 2019). Improving these nontariff factors will therefore be crucial to maximize the benefits of the AfCFTA. Quantifying the effects of these nontariff factors could help make policies more targeted and effective.

In this context, recent work (as a forthcoming background working paper for IMF 2019) by IMF economists seeks answers to two questions. The first concerns the direct effects on trade of nontariff factors: Which of these factors is most essential to explaining trade, after accounting for potentially nonlinear relationships and other relevant factors? The second question concerns indirect effects that stem from the interaction of nontariff factors with tariffs: Which of these nontariff factors most constrains the effectiveness of tariff reduction in promoting trade?

Direct Effects: Trade Logistics and Physical, or Hard, Infrastructure Matter the Most

There are two challenges to analyzing the “direct effect” question. The first is the “curse of dimensionality”: there is an overwhelmingly large number of potential indicators that measure nontariff factors. For example, there are 39 different measures of education from different data sources. The second challenge is that it is not immediately clear how these individual factors interact to affect the final variable of interest-trade.

Principal component analysis and machine learning techniques (particularly, random forest models) are well suited to these challenges: the former reduces the many possible factors into one summary factor that accounts for as much of the variability in the data as possible, and the latter let the data speak, without imposing any functional forms on the relationship between the dependent and independent variables. Applying these techniques to several data sets that contain a large number of indicators from different sources (including a panel data set that covers 121 countries) and controlling for other fundamental variables that may affect a country’s trade, such as GDP per capita, the so-called importance scores are estimated (see figure). As a useful indicator, the importance score measures the increase in the model’s prediction error after the variable’s values are randomly changed, so a variable with the highest importance score has the highest prediction power on the dependent variable.

It turns out that trade logistics have the highest importance score in terms of the direct effect on trade. The measurement of trade logistics is based on the World Bank’s Logistics Performance Index data set, which uses principal component analysis to aggregate information along five dimensions: customs procedures, international shipment processing, logistics quality and competence, timeliness, and tracking and tracing. These represent the soft infrastructure and are crucial for trade facilitation.

Indirect Effects: Hard Infrastructure is a Bottleneck—more so in Some Countries than in Others

The indirect effects of nontariff factors on trade (through their interaction with tariff reductions) are estimated by means of a panel threshold model. Such a model allows investigation of possible breaks in the tariff-trade relationship while accounting for country-specific effects (that is, controlling for fixed effects) using standard econometric techniques. What are the main results?

Moreover, both the presence of the threshold effect and the threshold level itself depend on the country’s geographic characteristics and/or economic structure.

The analyses of both the direct and indirect effects point to the same nontariff factor that matters most for trade: hard infrastructure. Consequently, to reap the most benefit from tariff reductions in the AfCFTA, infrastructure bottlenecks must be addressed. Other bottlenecks differ for countries, depending on their geographic characteristics and economic structures. Hence, given the limited fiscal space in most SSA countries, policymakers could prioritize the development of hard infrastructure according to country-specific features. 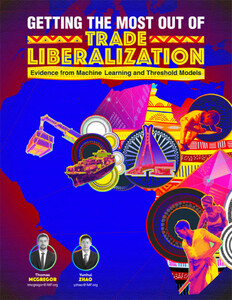 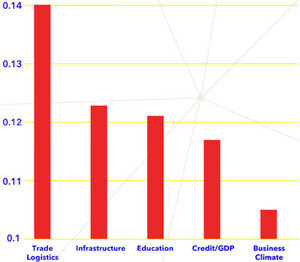 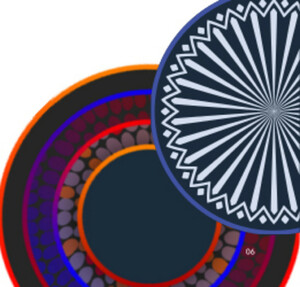