Jump to Content Jump to Main Navigation
Technological Change and the Future of Work: The Impact of Africa and the G20
Author: Mr. Axel Schimmelpfennig

Robotics, automation, and artificial intelligence are transforming the production structure of countries and regions. This is not the first time such profound transformation has happened. At the turn of the 20th century, the industrial revolution moved 25 percent of the labor force from agriculture to manufacturing and related sectors over four decades. The adjustment was long (and painful). Protests involved displaced workers attacking factories and destroying machinery. The 20th century also witnessed political revolutions and two world wars until the stabilizing influence of modern welfare states and international cooperation emerged.

Will continued technological change benefit all? Or will it lead to even more polarization? The IMF has conducted research on these questions to distill policy advice for its membership: What policies are needed today to prepare for tomorrow?

In G20 economies, automation provides opportunities to address the economic implications of demographic changes, but it also leads to job losses in some sectors and increasing income inequality. Countries with declining populations face the challenge of providing for a growing number of retirees with fewer people working. Here, replacing a shrinking labor force with robots can be a welcome opportunity to maintain living standards, as shown for Japan in Schneider, Hong, and Le (2018). However, in other G20 economies, the immediate challenge is to tackle the implications of job displacements and income polarization. The threat of new technologies replacing jobs across the skill spectrum is the key issue.

For sub-Saharan Africa, the challenges are different. The region’s population is projected to increase from 1 billion i in 2018 to 1.7 billion in 2040. To keep | up, sub-Saharan Africa needs to create 20 million jobs a year over the next two decades. Some fear that automation could make this more difficult, though low labor costs may provide some protection. Alternatively, technological advances can provide opportunities for leapfrogging and can spur development. Indeed, we see many examples of this in sub-Saharan Africa today, including the rapid spread of mobile money, which originated in East Africa, the adaptation of ride sharing to motorbikes (for example “boda-bodas” in Uganda), and the delivery of blood to remote health facilities by drones.

Modeling Provides a Framework for Thinking about the Implications of Automation

IMF (2018) and Peralta-Alva and Roitman (2018) study the impact of automation on growth and income distribution in G20 economies. They turn to closed-economy models, with rich sectoral interlinkages capable of matching macro and household-level data. Their simulations suggest that for G20 economies the more easily capital substitutes for labor, the higher productivity and economic growth. At the same time, this leads to increased inequality by favoring income from capital and higher-skill work. Simulations suggest redistribution comes at the cost of effciency, but with the right policy design, all income groups can gain.

Abdychev and others (2018) adapt the basic modeling approach in Berg, Buffe, and Zanna (2018) to a two-region setting. The two regions-think advanced economies and sub-Saharan Africa-differ only in their level of productivity. Labor and robots can either be substitutes or complements. If they are substitutes, an increase in robot productivity leads to a divergence in per capita GDP in favor of advanced economies-where it is more profitable to invest in robots because wages are relatively high. The labor share declines in both regions. However, if labor and robots are complementary, greater robot productivity helps sub-Saharan Africa-where it is more profitable to invest in robots combined with relatively cheap labor-progress toward convergence of per capita GDP with advanced economies. The labor share increases in both regions.

It is diffcult to predict the relationship between robots and labor. Where will robots substitute for people and where will we continue to need people in jobs that currently exist or have yet to be created? Given this fundamental uncertainty, Abdychev and others (2018) turn to scenario analysis to explore what the future of work in sub-Saharan Africa might look like. They sketch three scenarios.

In the Africa Arisen scenario, technology increases productivity, and economies around the world remain integrated. These opportunities are successfully leveraged by sub-Saharan Africa, creating an emerging vibrant middle class. However, in a gig economy, frequent job transitions and income fluctuations are the norm.

In the Africa for Africa scenario, advanced economies turn to protectionist policies demanded by technology-displaced workers. Sub-Saharan Africa charts its own course toward regional integration, which spurs growth. Low labor costs mean that automation proceeds much more slowly in sub-Saharan Africa than in the rest of the world. With limited tax revenue, governments struggle to keep up with education, health, and infrastructure needs.

In the Africa Adrift scenario, rapid automation leads to reshoring of manufacturing to advanced economies. In sub-Saharan Africa, development policies are thwarted by these global developments, leaving most economies stagnant and in debt. Informal jobs in subsistence agriculture and low-productivity services remain dominant.

The future of work has already begun, but its direction can still be influenced by policy actions. Modeling and scenario exercises point to a few areas. 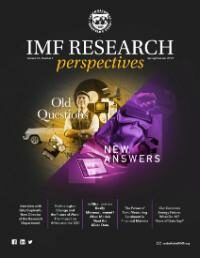