Maurice (Maury) Obstfeld, our chief economist and RES Director, is retiring at the end of the year after more than three years on the job. His time here has been marked by many achievements, of which this short column can only elucidate a couple, while conveying some of the more personal and intangible aspects that we learned about him and that have influenced IMF staff over his tenure.

As would have been anticipated at the start of Maury’s tenure, many of his initiatives were linked to his well-known expertise as an international economist. For example, the External Sector Report (ESR) has seen its methodology renewed and its status lifted to that of an IMF fagship report. The ESR analyzes the current account balances for the world’s largest economies. These assessments are a key aspect of the IMF’s mandate to promote international monetary cooperation and help countries build and maintain strong economies. Similarly, Maury pushed for further studies on globalization and trade issues. These were reflected in Chapter 2 of the October 2016 World Economic Outlook, other RES products (including collaboration with World Trade Organization and the World Bank), as well as in his blogs and opinion pieces calling for more international cooperation and highlighting the danger of some trade policy proposals. As nicely demonstrated in his opinion piece in the Financial Times, “Targeting specific trade deficits is a game of whack-a-mole,” he always provided excellent clarity on complex questions using tactful humor to deliver these timely messages.

Maury is not a typical economist who remains within a narrow field. He has a broad range of interests and concerns about the future. One clear example was his push to analyze the macroeconomic impact of global warming. Chapter 3 of the October 2017 WEO is part of this initiative. It finds that increases in global temperatures—which have risen at an unprecedented pace over the past 40 years—have uneven macroeconomic effects, with adverse consequences concentrated in countries with relatively hot climates, such as most low-income countries. Maury not only selected this topic, but he also personally disseminated the analysis and its worrisome results around the world in his frequent presentations.

Moving to a more personal perspective on his legacy in RES and the IMF more generally: anybody who has worked at the IMF has experienced an internal review process where suggestions sometimes are delivered in the form of “tracked changes” that are often very extensive, filling the computer screen with mostly red font. Time permitting, Maury’s comments were also very extensive, even substantially rewriting most paragraphs. The difference was that his suggestions not only improved the style and grammar, but also were able to both simplify the exposition of ideas, and to link and improve the delivery of the different arguments. This superb level of writing skills and exposition of complicated concepts in simple terms are not surprising when we take into account that he is behind two leading textbooks on international economics—International Economics (with Paul Krugman and Marc Melitz) and Foundations of International Macroeconomics (with Kenneth Rogoff)—which many of us have used to learn international economics. If you benefited from his extensive comments, you should know that he also delivers the same level of insight to his famous coauthors, so do not feel embarrassed!

Another of Maury’s qualities that we greatly benefited from is his outstanding memory. Not only has he always been on top of his agenda and the deliverables, but he knew, after just a few weeks, the names of almost all economists and counterparts, from RES and other departments. He is like a walking library: his broad knowledge of economic literature and ability to point to very useful references are remarkable. His suggestions often involved excellent decades-old articles (sometimes even difficult to retrieve online). This makes us remember that, although no times are exactly the same, each generation bears similarities with those that have come before it—and that those similarities contain a multitude of very valuable lessons.

He is a strenuous believer in international cooperation. As celebrated by Christine Lagarde at the IMF Annual Meetings 2018 in Indonesia: “The IMF lies at the heart of the new multilateralism that I outlined today. Here, I want to thank in particular our Economic Counsellor, Maury Obstfeld. He has been an intellectual leader, wise advisor, and dear friend. No one is more committed to multilateralism.”

Last but definitely not least, Maury’s concerns regarding the health of the planet have a special place for some nonhuman inhabitants as well. He is really a cat person. This was more than evident on a recent trip to Turkey. We wish Maury the best on his return to the West Coast, and hope to continue reading his very insightful writings, as well as viewing cat pictures from his travels around the globe! 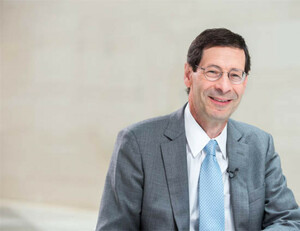 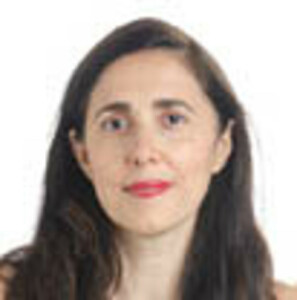 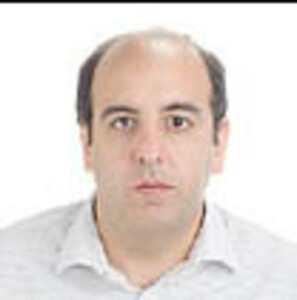 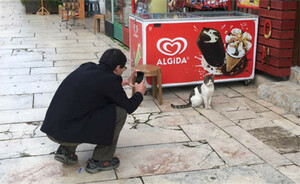 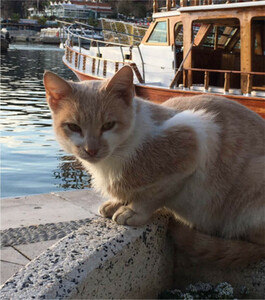