Jump to Content Jump to Main Navigation
To BOT, or not to BOT…
…that is (no longer) the question
Author: Pankhuri Dutt and Daniela Muhaj1

The fear of labor being displaced by technology in the ranks of production factors has haunted us since the early days of the industrial revolution. In the early nineteenth century, the low-productivity British cottage industry was adversely affected by an influx of capital investments in power looms and weaving machines in big factories. However, research shows that the wages of factory workers increased while those of independent artisans fell significantly. Evidence has been similarly perplexing when we examine more recent cases of automation. For instance, despite the fear of joblessness due to automation in the United States in the 1950s and early 1960s, a commission established to study the impact of automation on unemployment levels concluded that the level of unemployment was determined by the demand for goods and services in the economy, and not just automation alone. Similarly, evidence from 28 OECD countries between 1970 and 2007 suggests that automation created more jobs but reduced labor’s share of income.

Given the historical record of technological evolution, the question arises: will the current wave of technological changes associated with machine learning and artificial intelligence be any different? Helge Berger, who, along with Romain Duval helped write an IMF report for the G20 on the Future of Work, says “Though the new technologies are only beginning to make a difference, there is a possibility that the magnitude of changes due to automation may be larger this time around.” Some researchers believe there is a 50 percent chance that artificial intelligence will outperform all human tasks in 30–45 years. As jobs get displaced, inequality may rise. IMF research shows that robots will likely improve productivity, but, at the same time, might reduce the income share of labor and widen income inequality. Automation could also reduce incentives to outsource jobs from advanced countries to emerging economies, increasing inequality between those two groups. Berger recognizes the difficulty of identifying specific disadvantages with certainty but he says one thing is for sure: “Automation will change the way we do things. The good news is that we have changed our ways before and have done well. So, why wouldn’t we do it again?”

Automation will inevitably transform or eliminate hundreds of millions of jobs. According to McKinsey, automation may force up to 375 million workers globally to change their occupational group or learn new skills. The specifics and timing of this process, however, are highly disputed. To this end, Berger cautions, “It is tempting to limit technological progress to avoid associated negative impacts. However, this move has almost always backfired. We must allow the change to happen; facilitate it; help those who could be adversely affected; and improve our policy frameworks to embrace this change and harness its power. It is also the right thing to do.” Historically, technological change has been associated with higher growth, higher employment, and higher real wages. Berger believes that, while technology might displace jobs in low-skill sectors, it could also be used to augment labor in those sectors and increase productivity. It is difficult to prepare for and adapt to new practices associated with technological change, but as Einstein said, “the human spirit must prevail over technology.”

Economic policies have a key role to play in managing this transition, mitigating the inequity-exacerbating impacts of technological change, and maintaining adequate aggregate demand growth to support new job creation. “Structural reforms free the economy to do new things,” says Berger. Specifically, in the

“It is tempting to limit technological progress to avoid associated negative impact. However, this move has almost always backfired.”

short term, trampoline policies that help workers to bounce back from job losses, including active labor market policies like job counseling, job searches, and retraining, could help mitigate job displacement from such structural changes. More generally, long-term investment in education, as well as opportunities for skill upgrading throughout a worker’s career, could help reduce the disruptions associated with technological change. Governments could also explore redistributive taxation policies like differentiated income tax cuts and universal basic incomes to minimize the increase in income inequality due to technological changes. Finally, as big data applications and machine learning capabilities improve, technology itself can be harnessed to reduce labor market inefficiencies and improve the targeting and delivery of social benefits like healthcare, education, and pensions. Berger emphasizes the need to not let recent negative reports on automation dissuade us: “If there is any truth to the reports that productivity will increase due to automation, we are most likely to lead better lives in a more global economy.” We can certainly have our humanity exceed our technology! ▪ 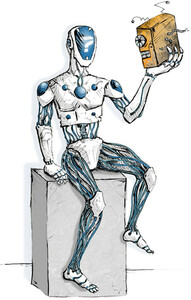 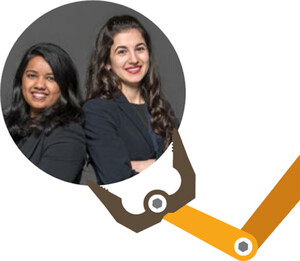 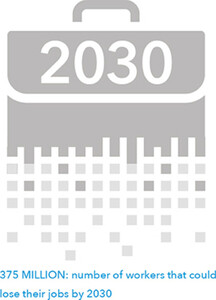 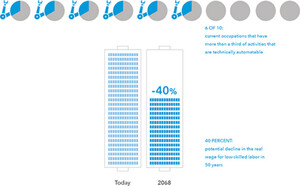