Picture this hypothetical country: the economy is stagnant; inflation is rampant due to monopolistic control or high tariffs; competition is virtually impossible; access to financial services is limited to a few; the tax system benefits a relatively small group of wealthy and prosperous people; and high and rising income inequality suggests that the benefits of recent growth have accrued mainly to those at the top. There are signs of discontent. These inefficiencies affect the capacity to influence economic change, but addressing them is complicated.

Many real-world countries face a subset, if not all, of these problems, and decisionmakers struggle to address these issues.

The IMF advocates that structural reforms are a path for economic prosperity: labor and product market reforms lead to a larger pie (GDP), and this potentially benefits everyone. However, more recently, concerns are being voiced about the side effects of some supply-enhancing policies, which generate both winners and losers. In the face of unequal gains (or even absolute losses) from reforms, how can politicians navigate the issue, and even manage to get re-elected given the risk of vocal opposition from the losers?

Recognizing that structural reforms may generate growth-equity tradeoffs, Jonathan Ostry’s new paper analyzes the impacts of reforms on both growth and inequality. He finds that a lot depends on what type of reform is being considered. Domestic financial deregulation, external capital market liberalization, and some measures of current account reform increase both growth and inequality. But basic institutional reforms that, for example, strengthen the legal system and popular observance to the law do not seem to generate a growth-equity tradeoff. One reason to be concerned about the impact of reforms on inequality is that higher inequality may actually make growth more fragile (less sustainable): “inequality can be bad for both the level and the sustainability of growth,” says Ostry. Some of his earlier work was based on this very topic. This adverse effect on growth will be of concern to those, including the IMF, who emphasize the supply-enhancing effects of reform.

But if reforms can harm a subset of people, should we then roll back the reform agenda? Ostry responds that reform agendas should still proceed—given that their net result is still a sizable aggregate growth dividend—but that the design of reform packages should internalize the distributional effects: “We need to think about a package of reforms that balances winners and losers.” A “monopoly” of winners is likely to generate a more unequal society, clearly problematic in situations where inequality is already high. In addition, beyond the ex-ante design of reform packages, Ostry believes that “policymakers should be less shy about using redistributive fiscal policies ex post.” His earlier work suggests that, in many cases, redistribution has insignificant efficiency costs and the resulting improvement in equality exerts a protective effect on growth.

Structural reforms are vital for countries to regain and sustain growth momentum, improve labor markets, and ensure the health of domestic markets. However, the tradeoffs with respect to income distribution may, in some cases, be inevitable. That does not imply, however, that one group in society should carry the burden of change alone. Ostry emphasizes the need for a credible commitment to protect those left behind from globalization and reform: “Reforms have been enacted for many years, and government rhetoric has been that the potential to make everyone better off (from the larger pie) will lead to broadly-shared improvements. But we know that in practice those displaced by reform have often not seen their situations addressed (for example, through the implementation of “trampoline” policies that allow them to bounce back in jobs that give them a decent income and the resulting dignity). If this is because of binding political constraints against effective pre-distribution and re-distribution policies, governments today will have to try much harder to regain credibility in the eyes of those who have been left behind.” Perhaps saving capitalism and globalization for the winners may require much more attention by governments to those left behind, both ex ante in the reform choices pursued, and ex post through more aggressive use of fiscal redistribution.▪ 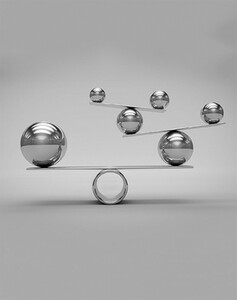 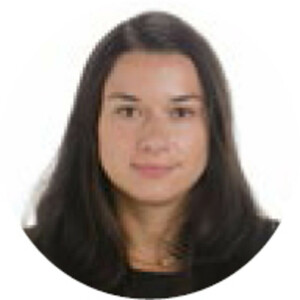