Jump to Content Jump to Main Navigation
The Global Financial Crisis: 10 Years On, Why Many Still Feel the Pain: Interview with Valerie Cerra
Author: Hites Ahir

Hites Ahir is a Senior Research Officer in the Research Department at the International Monetary Fund.

The Global Financial Crisis of 2007-08 was the worst to hit the world economy since the Great Depression. The Crisis devastated the financial markets, brought the housing and banking sectors to their knees, and caused political upheaval in both the developed and developing world. Ten years on from those events, Hites Ahir talks to Valerie Cerra, Assistant Director in the IMF’s Institute for Capacity Development, about why some countries still haven’t been able to fully recover, what are the implications of recessions and crises for policymaking, and the new stylized model for economic development.

Hites Ahir: As you know, it is about ten years since the onset of the Global Financial Crisis. A search for “global financial crisis” in Google shows about 14 million results, while Google Scholar shows more than 256,000 results. Do you think we have answered all the questions about the crisis?

Valerie Cerra: In some ways, the global financial crisis shook up the economics profession. At the IMF, we have been accustomed to dealing with crises and other adverse shocks affecting many of our member countries. But the economics profession at large was taken by surprise by the crises in advanced countries. The prevailing assumption had been that economic policy, especially led by central banks, had evolved to maintain economic stability and preserve the “Great Moderation.” Some economists also underestimated the role of the financial sector before the crisis. During the past decade, a lot of good work has been done to incorporate financial frictions into our economic models.

Even so, the profession has been much slower to recognize the protracted impact of shocks, sometimes called “hysteresis,” or the dependence of the economy on its history. We still don’t understand very well why transitory shocks from the financial sector or elsewhere can lead to a persistent fall in productivity, employment, and investment. This poses a fundamental challenge to our theories of the business cycle and economic growth, also calling into question the conventional distinction between “supply shocks” and “demand shocks.”

Cerra: Most experts, including those responsible for official projections, such as the Council of Economic Advisors, and prominent academics, predicted a quick rebound of economic activity to the pre-crisis trend. They thought GDP growth would be rapid as capacity came back into use and unemployment declined during the economic recovery. Only a minority of experts were skeptical of this optimism, based on their review of historical data.

Ahir: It sounds like you were one of those in the minority. In the paper Booms, Crises, and Recoveries: A New Paradigm of the Business Cycle and its Policy Implications which you co-authored with Sweta Saxena, you argue that crises and recessions tend to permanently depress the level of a country’s output. Can you elaborate on that?

Cerra: Our paper debunks the traditional view of the business cycle in which output declines temporarily during a recession and then rebounds quickly to its initial upward trend line during the recovery. Instead, we argue that most recoveries consist only of a return of growth to its long-term expansion rate—without a high-growth rebound back to the initial trend. In other words, recessions trigger a drop in the trend rather than a deviation from trend.

Ahir: So, you are saying that the business cycle is not actually a cycle? Does the data back up your claim?

Cerra: Correct. Using updated data, we confirm our earlier findings (in IMF WP/05/147) that all types of recessions, on average, lead to permanent output losses, not just those associated with financial and political crises. We also show that countries do not typically have strong growth booms before crises and recessions.

“In other words, recessions trigger a drop in the trend rather than a deviation from trend.”

Ahir: In the paper, you also say that the conventional “output gap” is ill-measured and ill-conceived. Why? And what are the pitfalls for monetary and fiscal policymakers if they use this conventional measure?

Cerra: The conventional concept of the “output gap” is intended to represent temporary deviations of output around its long-term trend. But this concept no longer has much meaning if shocks to output move its entire trend. We also show that constructing output gaps by fitting a smooth line through historical GDP data—either by using a simple filter or a more complex structural estimation procedure—leads to spurious cycles and constant revisions to historical estimates. In fact, current estimates of the 2007 output gaps for all of the advanced countries are very positive—implying strong economic booms on the eve of the global financial crisis— although they were estimated to be small or even negative at the time. This revised view of history is purely a statistical artifact of creating smooth trends through structural breaks, such as permanent output declines, in the GDP data.

“We still don’t understand very well why transitory shocks from the financial sector or elsewhere can lead to a persistent fall in productivity, employment, and investment.”

Policymakers can face large pitfalls using these conventional output gap concepts and estimates. For example, after a large negative shock, a “cyclically adjusted” fiscal deficit is likely to appear more favorable than the actual deficit. Fiscal authorities may erroneously assume that an expected economic recovery will automatically eliminate the cyclical part of the deficit. But that will not happen if there is no fast rebound and the level of GDP— and the associated fiscal revenues— remains below the prior trend. Likewise, central banks should focus on direct measures of inflation pressure rather than on unreliable measures of the output gap.

Ahir: The results of your study point to a new model of long-term economic development. What does this mean for poor countries?

Cerra: We show that poor countries are quite capable of sustaining periods of strong growth and catching up to rich countries, consistent with neoclassical theory. Their failure to do so during the postwar period is largely due to their more frequent and deeper recessions compared with rich countries. Since shocks to output have permanent effects, these frequent and deep recessions drag poor countries down from their convergence paths.

Ahir: Since the crisis, there has been a lot of talk about regulation, more regulation vs. less regulation, monetary policy, price stability vs. financial stability, and the optimal level of foreign exchange reserves. What do your findings imply for each of these topics?

Cerra: Economic policies should be geared toward avoiding costly crises and severe recessions and building buffers that allow policymakers to respond with appropriate stimulus and safety nets to negative shocks. Policymakers should discourage excessive risk-taking in the financial sector through, on the margin, more regulation than had been imposed before the crisis. Monetary policy may need to play a role in addressing financial stability risks if regulation is insufficient and, at a minimum, should avoid exacerbating asset price and housing bubbles.

Foreign exchange reserves can help insure against losses from adverse external shocks. But the optimal level of reserves may be higher than previously estimated, given our findings that losses associated with crises are persistent rather than temporary. More generally, our work has found that an economic stimulus can help deliver a partial output rebound in the aftermath of a severe recession or crisis. That is, although recessions and crises generate permanent output losses, on average, there is heterogeneity in the outcome that depends on the policy response during the downturn. Thus, countries should build policy space during good times to use as ammunition when facing adverse shocks.

Ahir: There are studies that have linked the large and persistent output losses from financial crises and deep recessions with populist pressure for change, and backlash against globalization. Could you talk a bit about that?

Cerra: Hysteresis from financial crises and deep recessions depress employment and household income, which often leads to populist pressure for policy changes that inadvertently further reduce growth and social welfare. For example, political polarization rises after systemic financial crises (Mian and others, 2014) and far-right political parties earn higher voting shares (Funke and others, 2016). In a negative feedback loop, trade protectionism may rise, which can lower incentives to invest and trade and thus further reduce growth.▪

Valerie Cerra is an Assistant Director and Division Chief of the European and Middle Eastern Division in the IMF’s Institute for Capacity Development (ICD). Prior to ICD, she was in charge of Colombia, Panama, and Venezuela in the Western Hemisphere Department and earlier worked in the African Department, the IMF Institute, the European Department, and the Asia and Pacific Department. She obtained undergraduate degrees in finance and engineering from the University of Pennsylvania, and her Ph.D. in Economics from the University of Washington. Before graduate school, she was a financial analyst at a consulting firm in the U.S. Her research publications focus on international macroeconomics, exchange rates, financial crises, and growth. 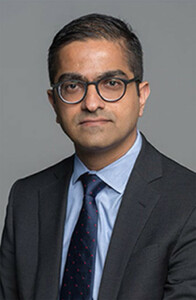 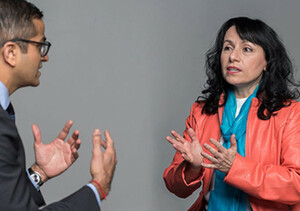 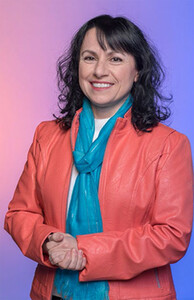