IMF Research Bulletin summarizes some of the recent research activities of the IMF.

IMF Research Bulletin summarizes some of the recent research activities of the IMF.

A forthcoming IMF working paper, entitled “The Globalization of Farmland: Theoretical and Empirical Evidence,” co-authored by Rabah Arezki, Christian Bogmans, and Harris Selod, analyzes the drivers behind the surge in transnational acquisitions of farmland in the aftermath of the Great Recession. The paper finds, for the first time, statistical evidence that land deals were directed at isolated developing countries that until recently participated little in global agricultural trade and that are in dire need of agricultural investment.

Question 1. Can you explain what globalization of farmland entails?

It describes a relatively new situation in which farmland is sold or leased to international investors. In other words, farmland has become an international commodity. Against the backdrop of increasing demand for food, there has been a growing interest by governments, agribusinesses, and investment funds in acquiring long-term property rights or leases over large areas of farmland, mostly in developing countries. The phenomenon rose to prominence in the aftermath of the food crisis of 2007–2008, when substantial increases in food prices raised farmland value and the option value of securing land for food production.

Question 2. How are large-scale land acquisitions related to other trends in agriculture?

The increased interest in farmland is part of a broader set of developments that are changing the nature of the agricultural sector. Not only have multinational companies and foreign direct investment become more important in promoting sectoral growth, the role of global value chains in expanding food supply has become more prominent (Maertens and Swinnen, 2015). In this ongoing process of agricultural globalization, the volume of international trade in agricultural commodities increased almost five-fold, from approximately $200 billion in 1980 to almost $1100 billion in 2010, the largest growth recorded by any sector.

Question 3. What does the data tell us?

According to the Land Matrix, an online database of large-scale land acquisitions that are verified by nongovernmental organizations (NGOs), more than 2100 deals were negotiated between 2000 and 2016, with a cumulative size of almost 59 million hectares in 88 countries worldwide. This expanse corresponds to an area the size of the Ukraine, which is equal to roughly 15 percent of the remaining global stock of unused and non-forested arable land. Sub-Saharan Africa (~900 deals) and east Asia (~600 deals) have been the most important target regions, followed by Latin America (~350 deals).

Question 4. What explains the concentration of land deals in Africa and Asia?

Obviously, these continents govern comparatively large areas of unused arable land. In earlier work, my co-authors found that investors were targeting countries with weak tenure security for existing land users, supposedly because this would allow investors to obtain land without compensating existing users (see Arezki and others, 2013). Indeed, in many countries in Africa and Asia land ownership rights are mostly informal, with little possibility for existing users to take legal action if their land holdings are appropriated by the state or powerful investors.

Not surprisingly, many NGOs and policymakers have classified these land deals as outright land grabs. With the demand for food increasing because of rising incomes and ballooning populations, private investors and agribusinesses were buying land to reap substantial profits. Moreover, many governments—such as several Gulf States and China—have acquired vast areas of farmland abroad for offshore food production to reduce their dependency on imports to feed their people. Investments that are motivated by food independence may improve food security in middle- and high-income countries at the expense of food security of low-income areas.

Question 5. How does your new paper shed light on the desirability of these land acquisitions?

In our recent paper, we propose a novel theoretical framework in which food trade and land acquisitions are driven by cross-country differences in technology, land endowments, geography, and institutions. The framework also allows us to distinguish between investments motivated by profits and food independence.

Our model predicts that under the profit motive investors will, all things equal, be more interested in buying land in countries with good access to world markets because this raises profit potential. In contrast, under the food-independence motive investors are only interested in exporting to their country of origin. They are then discouraged by a high degree of openness to world markets as this increases the degree of competition between different investors.

We then tested the model’s predictions using trade and acquisition data for the period 2006–2013. Consistent with the food independence motive, we find that investors preferred to invest in countries that (at least until recently) had weak access to world markets and participated little in global agricultural trade, even after controlling for land endowments, tenure security, and a variety of other factors.

Hence, large-scale land acquisitions seem to have been directed at isolated, food-insecure countries that are in dire need of investment in the agricultural sector.

On the one hand, these acquisitions have the potential to deliver benefits in those countries where it matters the most. They signal that capital, technology, and agronomic knowledge in the agricultural sector is flowing from rich investors to poor countries.

On the other hand, the clustering of these deals in vulnerable countries can potentially amplify the detrimental effects of a future food crisis. Our findings suggest that the food independence agenda is real. Acquiring land abroad with the purpose of re-exporting the produce to the investor country may be detrimental to food security of the host country. In addition, investors may buy land for speculative purposes, keeping the land idle until food prices increase (see Collier and Venables, 2012), or they may rely intensively on foreign instead of local factors of production.

So, the outcome of these deals could be both positive or negative for the host countries. Host country governments can remedy the risks by investing in monitoring capacity to ensure that land is leased to investors who employ workers from the local population, promote integration of local business into value chains, and co-invest in local public goods and infrastructure.

Furthermore, countries may set strict rules for compensation paid to displaced land users. Strict rules make it easier for the state to protect and enforce property rights of displaced land users than under a liability regime. Under liability regimes, especially in the developed world, the subversion of justice by powerful investors through legal skill, bribery, or even physical force against the weak is a serious concern (see Glaeser, Ponzetto, and Schleifer, 2016).

Question 7. Can we expect another rush for land in the future and what will it look like?

In recent years, investors’ interest in land acquisitions has somewhat waned. However, food prices are bound to increase again in the future. When that happens the search for available land overseas will in some shape or form intensify again.

There continues to be ample opportunity to increase agricultural productivity in developing countries, especially in Sub-Saharan Africa where yields are 50 percent below their potential level. To maintain current levels of cereal self-sufficiency by 2050, complete closure of the gap between existing and potential yield across the African continent is required (see van Ittersum and others, 2016). Many farmers in the developing world are slow to adopt technological innovations, however, and so foreign investments in farmland could be beneficial.

Nevertheless, a repeat of the past, in which countries tried to secure their food supplies by offshoring production without ensuring adequate food supply in the host countries, seems less likely. In this context, it is interesting to note that China appears to have a strategic incentive to make this happen. Since China is very land scarce, it will continue to rely on food imports, even more so now that its citizens are transitioning towards a Western-style diet. At the same time, with the world population set to rise from 7.6 billion today to 9.8 billion in 2050, food demand is expected to grow strongly in the rest of the world too. In Africa alone, the population is expected to increase by 1 billion.

To an increasing extent, China’s demand for food will conflict with the development needs of countries from which it is importing food. The last food crisis of 2007–2008 proved that in times of need, governments of food exporting countries will limit exports to insulate their population from rising global food prices. This could pose substantial problems for food importers. It is thus in China’s self-interest to limit the probability of such events playing out. In this context, land acquisitions may continue to play a role in the agricultural sector provided they raise food supplies across the board. 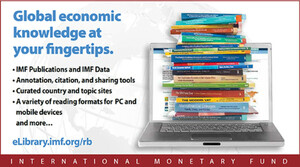