Question 1. Why is it important to assess the relationship between country finance and governance?

The Addis Ababa Action Agenda identifies financing for development, including domestic revenue mobilization, as central to achieving the United Nations sustainable development goals (SDGs) (UN 2015). At the same time, the process leading to the development of the SDGs has emphasized good governance as a priority. One of the SDGs (Goal 16) is dedicated solely to the “[promotion] of peaceful and inclusive societies for sustainable development, [the provision] of access to justice for all and [building] effective, accountable and inclusive institutions at all levels.” Bridging the gap and establishing the relationship between these two global priorities—financing for development and good governance—could yield useful policy recommendations for low-income and donor countries.

Question 2. How is good governance defined and measured?

Although it is widely used and promoted, stakeholders interpret “good governance” differently. The IMF defines it as “the management of government in a manner that is essentially free of abuse and corruption, and with due regard for the rule of law.” When it comes to governance indicators, however, the World Bank World Governance Indicators (WGIs) have been used extensively in empirical studies, and their advantages and limitations are well documented (Kaufmann, Kraay, and Mastruzzi 2010).

The six WGIs reflect three aspects of governance. The first is the process by which governments are selected, monitored, and replaced, which is captured by voice and accountability and political stability indicators. The second aspect is the capacity of government to effectively formulate sound policies, measured by government effectiveness and regulatory quality indicators. The third aspect is the respect of citizens and the state for the institutions that govern their economic and social interactions, which are proxied by rule of law and control of corruption indicators.

A possible limitation of the WGIs is that they are perception-based measures of governance. A 2009 paper by Benjamin Olken studies the accuracy of perception-based indices by comparing the perception of corruption with an objective measure of “missing expenditures” in relation to a road-building project in Indonesia. The author finds a positive correlation between perceived corruption and missing expenditures. Still, the author warns against using the two measures interchangeably.

However, Kaufmann, Kraay, and Mastruzzi (2010) argue that perception is important because it is the basis for action. For example, if investors perceive a country to be corrupt, they might refrain from investing there. Thus, a qualitative perception of governance could result in actual losses. In addition, there are a few alternatives to perception indicators. For instance, as Kaufmann, Kraay, and Mastruzzi (2010) point out, corruption, by definition, does not leave a paper trail and cannot be assessed solely through objective means.

Question 3. Is there reverse causality?

Question 4. What is the relationship between governance and tax revenue?

A 2008 paper by Bird, Martinez-Vasquez, and Torgler looks at the effect of corruption and voice and accountability on tax efforts in developing and high-income economies. The paper states that supply-side factors—for example, an abundance of natural resources—can significantly improve tax efforts. However, demand-side factors, such as corruption, voice, and accountability, also significantly determine the effectiveness of tax efforts.

In a recent paper looking at costs and mitigating strategies, the IMF staff studies the link between corruption and tax revenue and finds that corruption significantly affects tax revenue as a share of GDP. Specifically, the study finds that a one standard deviation improvement in the corruption perception index leads to a 0.88 percentage point increase in tax revenue as a percentage of GDP. The paper lists several reasons for a continued negative link between corruption and taxation. For instance, corruption can fuel a government official’s ability to provide tax cuts to corporations, which can reduce taxpayers’ willingness to pay taxes. If large companies are perceived as not paying their fair share, taxpayers may balk at complying with tax laws (IMF 2016).

Using data on sub-Saharan African countries, we also find that governance indicators (in particular, control of corruption and voice and accountability) are positively and significantly related to tax revenue (Sy and Sow 2016).

Question 5. What is the relationship between governance and foreign direct investment?

A number of empirical studies have found that good governance has a positive effect on foreign direct investment. Alfaro, Kalemli-Ozcan, and Volosovych (2008) find that poor institutional quality between 1970 and 2000 is the leading explanation for the difference in capital inflows between rich and poor countries. To put the effect in perspective, the paper states that if Peru’s institutional quality rose to Australia’s level, foreign investment would increase fourfold. In addition, the paper argues that foreign investment is the channel through which institutional quality affects long-term development. The paper suggests that in the interest of increased capital inflows, governments should strive to improve stability and property rights, reduce corruption, and increase law and order (Alfaro, Kalemli-Ozcan, and Volosovych 2008).

Conversely, other scholars have found a negative association between good governance and foreign investment. Ezeoha and Cattaneo (2012) find that corruption has a positive effect on foreign direct investment, and it is higher in resource-rich countries. Peter Egger and Hannes Winner (2005b) state that corruption can attract foreign investment as it “greases the wheels […] in the presence of preexisting government failures.” Nevertheless, the authors find that the pull effect of corruption on foreign direct investment is declining as other factors, such as market size, rise in importance (Egger and Winner 2005a).

Focusing on African countries, we do not find a strong relationship between governance and foreign direct investment as a percentage of GDP. Interestingly, we find a positive relationship between the control of corruption indicator and foreign investment after two years, which suggests that although there is no immediate effect, there is a delayed pull effect on inflows of foreign direct investment. In addition, when we use the aggregate stock of inward FDI as the dependent variable, we find that FDI negatively responds to improved governance scores. In other words, sub-Saharan African countries with poor governance scores have the highest stock of FDI.

Question 6. What is the relationship between governance and official development assistance?

Alesina and Weder (1999) do not find a positive effect of governance on aid inflows. Actually, their study finds that corrupt governments receive higher amounts of aid. Conversely, Akramov (2012) finds that the quality of governance affects the likelihood of eligibility for aid. All else equal, the author finds, poorly governed countries are less likely to receive aid than well governed countries. As expected, the analysis also finds that recipient needs—as measured through income per capita and life expectancy— also significantly determine aid inflows.

But does aid perform better in countries with good governance? A 2000 paper by David Dollar and Craig Burnside finds that aid is most effective in countries with good fiscal, monetary, and trade policies. Conversely, in the presence of poor policies, aid has little effect on growth. A more recent study by Denizer, Kaufmann, and Kraay (2013) examines the effectiveness of World Bank-funded projects and finds that over the past 25 years, these projects have performed better in well-governed countries. Although aid may flow to poorly governed countries—as these countries often fall in the low-income-country category—it does more good in well-governed countries.

Focusing on African countries, we find that governance indicators (except political stability and rule of law) are significantly and positively correlated with official development assistance. In other words, when we control for income levels, development assistance is allocated to relatively well-governed countries

Comparing the results above, we find that in Africa, good governance is better at mobilizing domestic resources than attracting external flows. Although tax revenues react positively to improved governance, the same cannot be assumed when it comes to foreign direct investment. One-third of foreign investment in Africa is directed to oil exporters, which typically have poor governance scores. For countries in the region, we find a negative relationship between good governance and natural resource rents as a percentage of GDP. Many international organizations and bilateral donors have incorporated a good governance condition as part of their lending programs, which could explain the positive effect of governance on official development assistance (after controlling for GDP per capita).

Our results suggest that better governance should raise more financing for development, but not all types of financing flows. Domestic revenue responds well to improved governance, but the evidence appears to be mixed for external financing. The relatively strong association between good governance and domestic financing sources compared with external financing sources is also significant, because domestic revenue is the largest source of development finance for sub-Saharan countries. (As a share of GDP, taxes are larger than official development assistance and foreign direct investment). A domestic policy agenda to improve governance has the potential, therefore, to yield large dividends in terms of financing for development. 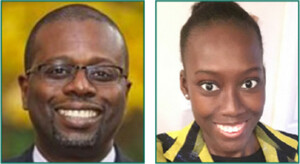