The September 2016 issue of the IMF Research Bulletin includes the following two Research Summaries: 'A New Look at Bank Capital' (by Jihad Dagher, Giovanni Dell'Ariccia, Luc Laeven, Lev Ratnovski, and Hui Tong) and 'Does Growth Create Jobs?: Evidence for Advance and Developing Economies (by Zidong An, Nathalie Gonzalez Prieto, Prakash Loungani, and Saurabh Mishra). The Q&A article by Rabah Arezki discusses 'Seven Questions on Rethinking the Oil Market in the Aftermath of the 2014-16 Price Slump.' A listing of recent IMF Working Papers, Staff Discussion Notes, and Recommended Readings from IMF Publications are also included. Readers can also find an announcement on the 2016 Annual Research Conference and links to top cited 2015 articles in the IMF Economic Review.

The September 2016 issue of the IMF Research Bulletin includes the following two Research Summaries: 'A New Look at Bank Capital' (by Jihad Dagher, Giovanni Dell'Ariccia, Luc Laeven, Lev Ratnovski, and Hui Tong) and 'Does Growth Create Jobs?: Evidence for Advance and Developing Economies (by Zidong An, Nathalie Gonzalez Prieto, Prakash Loungani, and Saurabh Mishra). The Q&A article by Rabah Arezki discusses 'Seven Questions on Rethinking the Oil Market in the Aftermath of the 2014-16 Price Slump.' A listing of recent IMF Working Papers, Staff Discussion Notes, and Recommended Readings from IMF Publications are also included. Readers can also find an announcement on the 2016 Annual Research Conference and links to top cited 2015 articles in the IMF Economic Review.

This study suggests that bank capital in the range of 15–23 percent of risk-weighted assets would have prevented most of the past banking crises in advanced economies. The benefits of even higher bank capital are small. Transition costs to higher capital standards can be substantial, so any new minimal standards should be imposed gradually and in favorable economic circumstances.

The global financial crisis and its aftermath highlighted how distressed banks can undermine the real economy. Bank capital prior to the crisis was in retrospect too low to withstand plausible shocks. A large part of the policy response, accordingly, focused on increasing bank capital ratios and other forms of loss absorption.

A New Look at Bank Capital

A critical question at this juncture is: how large should bank capital buffers be?

In a recent (Dagher and others 2016) we study past banking crises and ask how much capital it would have taken to:

How Much Capital to Absorb Bank Losses?

To answer this question, we compile data on non-performing loan ratios (NPLs) in past banking crises from Laeven and Valencia (2013). We convert NPLs into loan losses using U.S. historic loss given default (LGD) ratio of about 50 percent (Schuermann 2004; Shibut and Singer 2014). Then, we deduct the portion of these losses that can be absorbed by provisions which, based on U.S. and international data, we take to be about 1.5 percent. And we add a 1 percent margin of safety to obtain the leverage ratio consistent with absorbing all losses through equity. Finally, we use the U.S. average ratio of total assets to risk weighted assets (RWA) of 1.75 (La Lesle and Avramova 2012) to convert our leverage ratio into a risk-weighted capital ratio. The overall formula that converts past NPLs into bank capital ratios that can fully absorb them is:

Figure 1a reports the distribution of NPLs in historic banking crises in OECD economies. Figure 1b depicts the share of banking crises for which banks could have absorbed all losses through equity, as a function of hypothetical pre-crisis bank risk-weighted bank capital ratios.

In Figure 1b, the baseline (blue) suggests that the marginal benefit of bank capital is high until 15 percent risk-weighted capital ratio. But it declines rapidly after that, because more extreme crises are rare and have substantially higher NPLs. The red line is a robustness test with a higher LGD of 75 percent. A similar line can be drawn for a higher ratio of total assets to RWA. In these cases, the point at which marginal benefits of capital decline moves to 23 percent of risk-weighted bank capital.

How Much Capital to Avoid Public Recapitalizations?

To answer this question we assume that historic bank recapitalizations brought banks to the minimum level of capital needed to restore viability. Then, the level of pre-crisis bank capital that would have avoided the need for bank recapitalizations is the sum of actual pre-crisis capital and the post-crisis public capital injection (expressed in percentage points of bank capital ratios).

What About Emerging and Developing Economies?

Emerging markets have, on average, suffered greater bank losses (relative to bank assets) during past banking crises. This is not surprising because in those countries macroeconomic shocks tend to be larger, credit less diversified, and institutional factors lead to higher NPL and LGD ratios.

On the one hand, higher bank losses, all else equal, call for higher levels of capital to absorb them. On the other hand, non-OECD countries tend to have much smaller banking systems relative to GDP. So when bank losses exceed the banks’ absorption capacity, the impact on the economy (and thus the fiscal accounts) is likely also smaller. We find that had non-OECD countries imposed bank capital ratios in the 15–23 percent range, losses exceeding the absorption capacity of capital would have been within 3 percent of GDP in 80 percent of banking crises.

And, a complementary strategy for non-OECD countries is to reduce potential bank losses through institutional improvements (in regulation, supervision, and resolution).

Results Are Robust, but Some Caveats

Our results are robust to a number of extensions: We consider losses on securities during recent crises and find that they were similar to loan losses, validating our results based on bank losses. We also use data from Fratianni and Marchionne (2013) on capital injections in individual banks during the 2007 crisis, and find that a 23 percent capital ratio would have avoided almost all public recapitalizations of individual banks. This supports our previous results based on system averages.

Some caveats on the interpretation of our results for policy purposes. First, we discuss actual bank capital rather than minimum capital requirements. Second, we focus on bank capital, whereas some loss absorption capacity might be provided by junior debt instruments (as in recent FSB’s TLAC proposals). Third, banks have recently been strengthened by regulatory reforms other than higher capital (such as Basel III liquidity ratios). And finally, we do not consider the positive incentives effects of higher bank capital.

Taken together, these caveats suggest that desirable minimum capital requirements are likely lower than the 15–23 percent RWA range identified in our analysis.

The literature suggests that the steady-state cost of additional bank capital is low. A 1 percentage point in capital requirements leads to a modest increase in lending rates in the range of 5–15 basis points in most studies.

However the costs of transition to higher capital can be very high. A 1 percentage increase in capital requirements is associated with a 2–5 percent reduction in lending growth. In principle, these transition costs could be mitigated if banks can adjust their balance sheets gradually.

High transition costs call for a gradual approach to any increases in bank capital. New requirements should be imposed over a relatively long period of time. Yet, markets may pressure banks to comply with new standards faster than required by regulators. Then, whenever possible, new standards should be introduced during favorable macroeconomic conditions. Also, supervisors should encourage banks to increase loss absorption by raising equity (through new issuance or retained earnings) rather than shrinking assets, so as to avoid reduced credit availability.

With all the aforementioned caveats in mind, our study suggests that risk-weighted bank capital in the range of 15–23 percent of risk-weighted assets would have prevented a majority of past banking crises in advanced economies. The additional benefits of bank capital above that rate are small. Transition to higher bank capital is a challenge. Regulators should balance improved bank stability with negative short-term effects on lending and growth, which might be substantial. A possible solution is to link the implementation of higher bank-capital ratios to better economic conditions. 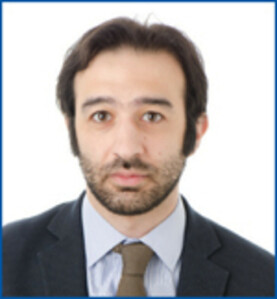 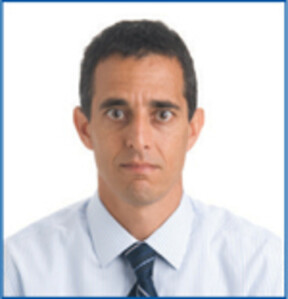 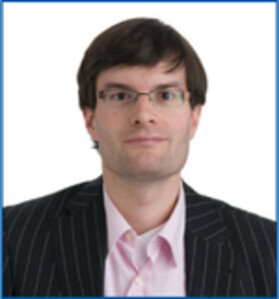 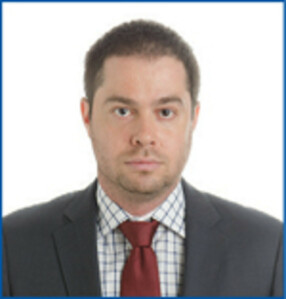 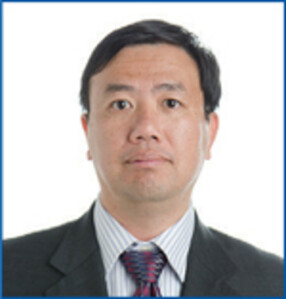 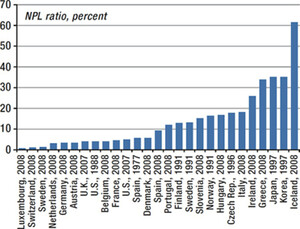 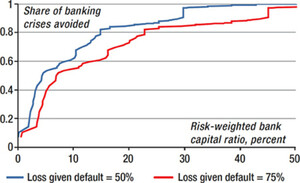 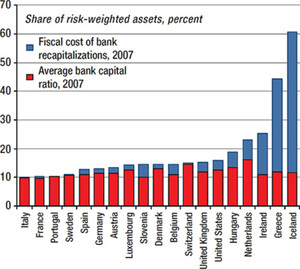 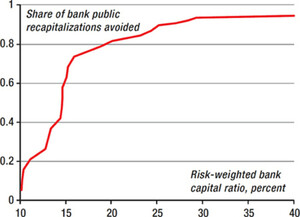