The June 2016 issue of IMF Research Bulletin features an interview with Lars Svensson.

The June 2016 issue of IMF Research Bulletin features an interview with Lars Svensson.

Lars E.O. Svensson, a professor in the Department of Economics at the Stockholm School of Economics, recently finished his latest stint as a Visiting Scholar at the International Monetary Fund (IMF). He discusses his experiences at the IMF in Washington, DC and his views on monetary and macroprudential policy with Eugenio Cerutti.

Eugenio Cerutti: You have visited the IMF on numerous occasions since the late 1980s. Has the IMF changed in all these years? In which areas do you perceive more changes? Which aspects have not changed as much?

Lars Svensson: That is a very good question. In the late 1980s and early 1990s, there were many academic visitors who, like me, were coming here, but we mostly were doing our own research, and had less contact with IMF staff. In this visit that lasted 15 months, I’ve had much more contact and worked more with IMF staff, which I have appreciated very much. On my previous visits, I did not have this opportunity to work closely with staff and I don’t really have the detailed knowledge of the IMF’s work from previous years that I have from this year; so I can’t really make an in-depth comparison about how things have changed around here. But I have noticed that the Fund has changed in two particular areas:

The attire of the IMF staff seems to have relaxed. Casual Friday was unthinkable in the past—not to speak of not wearing a tie all the time. I’m sure this may vary a bit by department and the attitude of department directors may influence this too. But dress-wise the Fund is much more relaxed than in the past—something that I personally appreciate.

Something that has not changed is the HQ1 building. The offices, the furniture, the color of the walls, and the lighting look exactly the same. I hope there will be nice new offices when the renovation of HQ1 is eventually completed.

Eugenio Cerutti: What have you focused your attention on during your current stint as an IMF Resident Scholar?

Lars Svensson: My main interest and focus during this visit has been monetary policy, financial stability, and macroprudential policy and their relationship. I have worked quite a bit on these things. I’ve given presentations in the Monetary and Capital Markets Department (MCM), the Asia Pacific Department (APD), and at Fund-organized conferences in Beijing, Lima, London, and Washington, DC. I have talked about the Swedish experience of using monetary policy to lean against the wind and about Swedish macroprudential policy. More generally, I have worked on and talked about cost-benefit analysis of leaning against the wind and the relationship between monetary policy, financial stability, and macroprudential policy. I had many discussions with IMF staff in the Research Department (RES), MCM, and Strategy, Policy, and Review Department (SPR) who were working on the Board Paper on monetary policy and financial stability. I learned quite a lot from those discussions. I think the Board Paper, published in early September 2015, was quite good. The Paper and the discussions around it inspired me to write my own IMF Working Paper on a cost-benefit analysis of leaning against the wind that came out in January (WP/16/3). All this was very interesting and a big thing for me. This topic is controversial, and the Bank for International Settlements (BIS) has been pushing its strongly held view that one should almost always have higher policy rates because of concerns about financial stability. The considerable costs in terms of higher unemployment and lower inflation and the uncertain benefits make this very controversial. I think this Board Paper became very balanced, took all the views into consideration, and came to the conclusion that in most cases the costs are higher than the benefits.

Eugenio Cerutti: Do you think that macroprudential policies can work? Under what circumstances?

Eugenio Cerutti: In which scenario would monetary policy have a role for leaning against the wind?

Lars Svensson: I think it’s difficult to see much of a role for monetary policy when it comes to financial stability and to leaning against the wind. Based on current research—of course, new knowledge could change this—the evidence is very strong that the costs are much higher than benefits. If you tighten monetary policy, you know that inflation becomes lower and unemployment becomes higher. That is a cost. The possible benefit could be a smaller probability or severity of a crisis. Those would be the two possible benefits from tighter monetary policy. But when one looks at the empirical channels and estimates, the impact of monetary policy on the probability or severity of a crisis is much too small to make the benefits comparable to the costs. My IMF Working Paper (WP/16/3) shows that, for existing empirical estimates, costs exceed benefits by a substantial margin, even if monetary policy is non-neutral and permanently affects real debt. Moreover, less effective macroprudential policy, and generally a credit boom, with resulting higher probability, severity, or duration of a crisis, actually increases the costs of leaning against the wind more than benefits, thus further strengthening the strong case against leaning against the wind. In other words, price stability cannot achieve financial stability, and interest rate policy cannot achieve financial stability. So far, it seems to be an illusion to think that monetary policy could contribute much to financial stability. There is, in practice, no choice but to use macroprudential policy to achieve and maintain financial stability.

Eugenio Cerutti: How much can countries rely on monetary policy to lead the recovery from the global financial crisis?

Lars Svensson: I think monetary policy can do more in the United States, Japan, and the euro zone. One can get policy rates further into the negative range, and one can avoid premature liftoffs. Particularly in the euro zone, monetary policy can and should do more. Of course, there are particular problems in the euro zone. There is resistance and opposition inside the Governing Council toward more expansionary policy. The banks have not been cleaned up as well as in the United States, and this can slow down the recovery. Fiscal policy could do more. There are some countries where fiscal policy is unsustainable, but in other countries, fiscal policy can definitely be more expansionary. In terms of monetary policy, there are still things that haven’t been tried, such as monetary financing of government expenditures. Monetary financing of government expenditures should definitely work in increasing nominal aggregate demand, and thereby increasing both real activity and inflation.

Eugenio Cerutti: As somebody that has worked and visited numerous academic and policy institutions, what do you think are the comparative advantages of the IMF Research Department? What areas of research should be prioritized in the current context?

Lars Svensson: At the IMF, there is a unique and detailed knowledge about, and understanding of, the structure, policies, and problems in the different economies in the world. That knowledge and understanding gives the Research Department a special and strong comparative advantage in doing relevant policy-oriented research. However, at the same time, I think it’s important to have room for more general, less applied, and less directed research by researchers here. Such research is important for several reasons: It makes the Research Department more ready for future unknown challenges and research directions. More general research competence is also necessary in order to translate new research at academic and other research institutions into useful and more practical and policy-oriented work here.

Eugenio Cerutti: Is there anything else that you would like to mention?

Lars Svensson: I have had a great and productive time here. I’m really happy that I could come and visit the IMF again. I learned a lot. And I would definitely recommend other academics interested in IMF fellowships to come as a visiting or resident scholar. One thing I have liked and appreciated are the many seminars that are given by RES and other departments on different topics—some by internal speakers, some by external speakers. This makes it possible to learn and discuss things within your own special research area, but also to become more informed about other areas. I found these seminars very useful. My only regret is that I didn’t have time to go to more.

Eugenio Cerutti: Are you going to miss the Tuesday surveillance meetings?

Lars Svensson: I will definitely miss the surveillance meetings. I think they are a great idea. It is very useful to get this weekly update of the economic data and events and to discuss them. I found very informative and interesting the brief presentations of different projects and the updates of the World Economic Outlook (WEO) forecasts and the discussion on them. I have really enjoyed these meetings and will really miss them.

Eugenio Cerutti: Anything you will miss about Washington, DC?

Lars Svensson: I have been fortunate to live in a very nice apartment in an area that I like very much—the Dupont Circle neighborhood—with a short walking distance to the IMF. I find DC a very nice city to live in, with good restaurants and museums. My significant other and I have had a great time together here in DC. I will also miss these aspects of living in DC. 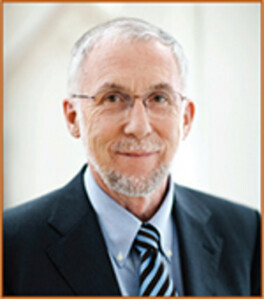