The IMF Research Bulletin summarizes key research from the IMF and includes a listing recent publications in different online series.

The IMF Research Bulletin summarizes key research from the IMF and includes a listing recent publications in different online series.

The recent weakness in business investment among advanced economies has revived interest in investment models and has opened a debate on the main drivers of the “investment slump” and what the policy response should be, if any. In particular, it is essential to assess precisely whether the investment slump stems mostly from weak aggregate demand, financial constraints or uncertainty, as these different explanatory factors have different policy implications. This paper presents an empirical investigation of the main determinants of business investment for a panel of 22 advanced economies. The main contribution is that we present results from an augmented accelerator model using vintage forecast data as a measure of expected demand and show that this forward-looking variable goes a long way in explaining the weakness in investment since the global financial crisis. Moreover, our results also underline the importance of uncertainty, whereas measures of capital cost seem to play a more modest role. Finally, we show that systematically over-optimistic GDP growth forecasts since 2008 have supported business investment to a large extent.

In recent years, total private investment has been particularly sluggish among advanced economies: its year-on-year growth rate has barely reached 2.1 percent between 2010 and 2014, against 3.3 percent during the precrisis period (between 1997 and 2006). This is especially surprising since one would have expected a strong rebound from the 2008–09 financial crisis, which saw a sharp fall in investment, by 2.6 percent in 2008 and 11.1 percent in 2009.1 While part of these developments can be accounted for by housing investment, following the exuberance of the housing markets in the run-up to 2008, business investment has also been particularly sluggish. Business investment has declined for advanced economies during the period between 2008 and 2014 and today stands 20 percent below precrisis forecasts (IMF, 2015). The weakness of business investment is a concern, not only because it is a key component of GDP and as such an important driver of short-term economic fluctuations, but also because it has a strong influence on long-term output growth.

The persistent weakness in business investment among advanced economies has revived interest in investment models and opened a debate on the main drivers of the “investment slump” and what the policy response should be—if any. Indeed, it is important to fully understand the reasons behind the investment slump, as different possible explanatory factors have different implications for the appropriate policy response and for the outlook. The first reason one may put forward is that aggregate demand has been weak since 2008, which obviously does not provide strong incentives for entrepreneurs to invest significantly. In this case, the investment slump may simply reflect the weakness of aggregate demand and does not necessarily require a response that is aimed specifically at the investment sector. Looking forward, investment may rebound as the global recovery takes place, helped by the exceptionally accommodative policies put in place in key economic regions. However, other explanations should not be neglected. One of them is uncertainty. The role of uncertainty in determining investment was put forward already by Bernanke (1983) and this theme has been further developed recently by Baker and others (2013) and Bloom (2014). In particular, substantial uncertainty may deter entrepreneurs from investing now and lead them to postpone investment decisions. In addition, financial constraints may have played a role too, as the global financial crisis has reduced the supply of credits to businesses. If such frictions are strong, they may delay the recovery in investment (and the global recovery as a consequence). This is perhaps especially the case in Europe, where financing conditions have been altered substantially for so-called “periphery” economies (financial market fragmentation).

This paper presents an empirical investigation of the main determinants of annual business investment growth for a set of 22 advanced economies using a panel estimation approach. Our main innovation is that we use vintage macroeconomic forecasts of GDP growth as a measure of expected demand and we integrate those measures into augmented accelerator models, together with various measures of uncertainty and financial constraints. Keeping in mind that the model is not a structural one, we did many robustness checks to assess our results, especially by taking a large number of measures for expected demand (expected domestic GDP growth, global demand, fiscal stance, etc.), uncertainty (volatility measures, Economic Policy Uncertainty index, disagreement among forecasters, index of news, etc.) and user cost of capital.

The first result to underline is that this forward-looking variable goes a long way in explaining investment, and improves upon backward-looking approaches. This result is robust to various measures of expected demand such as external and domestic demands. Second, the results suggest that there is also a role for uncertainty in explaining the weakness in investment. Obviously, uncertainty is not directly observable and many measures have been recently put forward in the empirical literature. Our findings show that the level of uncertainty as measured by the historical volatility of stock returns, as well as the VIX index, seems to have a large impact on investment decisions, while there is less clear evidence using alternative measures of macroeconomic uncertainty. Moreover, our results also emphasize that financial constraints as measured by the real user cost of capital do not seem to play a major role in describing business investment, for the countries taken as a whole (but our country-by-country decomposition allows to nuance this result slightly for some countries, in particular those of the so-called euro area “periphery”). This result appears to be robust to alternative measures of financial constraints and to a battery of robustness checks.

When trying to disentangle the contributions of the various determinants of business investment growth since the global financial crisis, the main finding that comes out of the analysis is that the business investment slowdown in our panel of advanced economies is mainly due to expected demand (negative contribution of more than 80 percent), while uncertainty has also played a role (negative contribution of 17 percent). By contrast, capital costs do not contribute very much to this drop for the countries taken as a whole.

A final consideration worth underlining in the context of our forward-looking model is that forecast errors have actually supported investment since the outburst of the crisis. Indeed, if GDP forecasts had been perfect and not systematically over-estimated, our estimates suggest that investment would have been around 12 percentage points lower; as GDP growth forecasts have been over-optimistic since the crisis, investors who base their decisions on official output forecasts would likely have invested less, if they had known how weak global growth really was.

From a policy perspective, our empirical results underline the importance of expected aggregate demand as a key driver of business investment. Thus, economic policies aiming at boosting expected demand represent the most effective tool that can be used to stimulate investment. Having said that, the role of the other factors should not be neglected.

The cost of capital seems to play a more modest role for most of the countries, but our country-by-country decomposition reveals that it had an important contribution for some of the euro area periphery countries. In addition, it seems that uncertainty plays a role as well. Reducing global uncertainty should lead to additional investment growth, in line with economic theory. One possible issue to highlight, however, is that uncertainty is still a somewhat elusive concept and the channels through which uncertainty can be reduced are not entirely clear. In this respect, the Juncker plan of the European Commission is a key step forward as it aims to reduce uncertainty on the supply side through the development of a more investment-friendly environment.

The source of these data is the IMF World Economic Outlook, April 2015 issue. 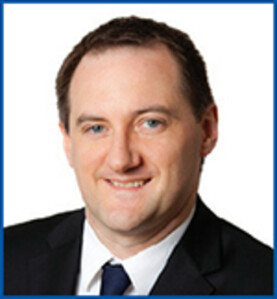 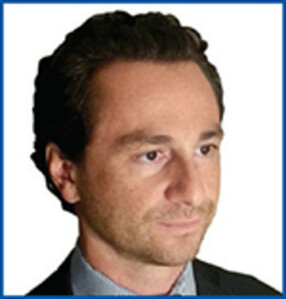 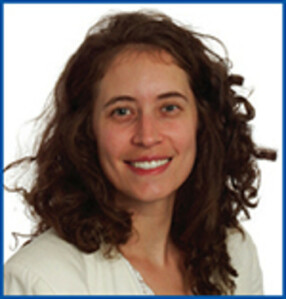