Climate change is at the top of the agenda of policymakers as they gather in Paris for the United Nations Climate Change Conference, COP21. Climate change is a threat to the very survival of humanity. Notwithstanding the severity of the threat, actions to halt climate change have been scant and uneven across countries. This Q&A article provides brief answers to seven questions about climate change, its consequences, and the coordination for developing mitigation strategies.

Question 1. What is climate change?

Climate change refers to changes in the patterns of the overall climate of the Earth. It can refer to changes in the Earth’s average temperature and precipitation patterns. Among them, the gradual increase in the average temperature of the Earth’s atmosphere and its oceans is often referred to as global warming (see Figure 1), and the potential causes and consequences from global warming have been the main focus of many discussions.

Human activity is another source of climate change. Most scientists argue that global warming since the mid-nineteenth century is mostly due to the combustion of fossil fuels (coal, oil, and natural gas) that constitute today’s major sources of energy for the global economy. The burning of these fossil fuels releases greenhouse gases, such as carbon dioxide, into the air.2

Question 2. Is there evidence of global warming?

The average temperature of the Earth has risen by a little more than one degree Fahrenheit over the past 100 years or so. It may not seem like much, but small changes in the Earth’s average temperature can lead to big consequences. The Intergovernmental Panel on Climate Change’s (IPCC) Fifth Assessment Report concludes, that “the human influence on the climate system is clear and is evident from the increasing greenhouse gas concentrations in the atmosphere, positive radiative forcing, observed warming, and understanding of the climate system.”

There is a strong scientific consensus that the global climate is changing and that human activity contributes significantly to this trend. According to Cook and others (2013), 97 percent or more of climate scientists agree that this is due to human activity—notably, emissions of carbon dioxide.

Considering that carbon emissions are chiefly caused by the burning of fossil fuels following the industrial revolution, human activity is seen as playing a key role in global warming. Scientists find that around 1950, carbon dioxide levels in the atmosphere reached its highest point in 650,000 years and has been increasing with dramatic speed since then (see Figure 2). The carbon lifecycle and deforestation have made it harder to resorb carbon dioxide. Oceans absorb carbon dioxide and this in turn leads to acidification. Changes in the ocean’s ecology then destroys coral reef habitats.

Question 3. What are the economic and social consequences of global warming?

Global warming can cause climatic catastrophes. Global warming leads to rising sea levels, melting of glaciers, and ice sheets; and these changes, in turn, affect precipitation patterns. The severity and frequency of hurricanes and storms also increase as a result. These catastrophes include irreversible events. For example, permafrost melting allows previously frozen organic matter to release potentially large amounts of methane.

The social consequences of global warming can be dramatic. While air pollution associated with the use of coal and oil has consequences on the immediate health and well-being of individuals, the resulting global warming can affect human and animal livelihoods by endangering and even destroying their habitat.3 Global warming can thus trigger famines, mass movement of populations, and endanger animal species directly; and it can also alter the balance of ecosystems indirectly.

Global warming disproportionately affects vulnerable groups and certain territories. For example, islands and coastal areas are the most threatened loci because of rising sea-levels. Individuals living in rural areas in poor countries are also disproportionately affected by climate change because they are more reliant on natural resources and the environment for their subsistence (see e.g., World Bank, 2011).

Question 4. What can be done to mitigate global warming?

As the world’s leaders meet in Paris for the COP21 (the 2015 Paris Climate Conference), they aim to reach a new international agreement on the climate, applicable to all countries, with the aim of keeping global warming below 2 degrees Celsius. To do so, greenhouse emissions need to be limited—in particular, carbon dioxide. Notwithstanding the uncertainty regarding the costs and benefits associated with global warming, the irreversible consequences of the latter call for urgent action.

At the intensive margin, the reduction of fossil fuel consumption can be achieved through significant improvements in the energy efficiency of existing technology or active awareness campaigns regarding the consequences of greenhouse emissions. The capture and sequestration of carbon dioxide can also limit emissions—that is, however, too expensive to be viable at this point. At the extensive margin, shifting away from fossil fuels to clean, renewable energy resources (hydro, solar, wind, and geothermal) or nuclear energy can significantly reduce emissions. Also the possibility of shifting from coal to gas in electricity generation can significantly help reduce emissions. This is a linchpin of the U.S. Clean Power Plan.

Many governments have set voluntary targets to limit greenhouse emissions. However, the setting of a particular target may not be optimal. Instead, the price of fossil fuels should reflect the externality that the consumption of the latter exerts on the environment. The price of carbon should equal the social cost of carbon, which is the present discounted value of marginal global warming damages to production of burning one ton of carbon today. By making fossil fuels cheaper as an input, the current low price environment may stimulate their use and thereby discourage the development of alternative energy sources (see Arezki and Obstfeld, 2015). Interestingly, the so-called “shale gas revolution” in the United States has significantly reduced the use of coal in the United States on account of historically low natural gas prices, in turn displacing coal to Europe where coal is increasingly being used for electricity generation.

Absent any mitigation effort, countries will have to adapt to global warming. Adaption consists in simply adjusting to the new reality of global warming. It would lead to population displacements from exposed areas or adapting infrastructure and housing to new climatic risks. But adaption alone is neither fully acceptable nor sufficient considering that global warming can cause irreversible damage. For instance, some ecosystems cannot adapt to rising temperatures and subsequently, this will reduce bio-diversity.

Question 5. What is the “energy transition”?

The energy transition is the shift toward a de-carbonized energy consumption. Among primary energy sources, renewables are the least carbon intensive, and among fossil fuels natural gas generates the least emissions. Nuclear energy is also a source of energy with limited carbon emissions, but several countries have imposed moratoria on account of the perceived environment liabilities. One of the most notable trends in energy consumption is the increase in the use of renewable energy resources. The International Energy Agency expects that the share of renewables in global total primary energy consumption will increase from 14 percent in 2013 to 19 percent in 2040, when considering the expected energy policy changes. One of the most affected sectors will be the electric power sector where the share of renewables is expected to increase from 22 percent to 34 percent over the same period.

Natural gas may provide a “bridge” toward renewables. Considering its relatively clean nature and its relative abundance, natural gas may indeed play a key role in the transition period from coal to renewables. The U.S. shale gas production is expected to grow, which will make natural gas the energy of choice. There is also potential for a growth in the sale of shale gas and conventional natural gas in China and many other countries around the globe.

Question 6. Who are the biggest emitters of greenhouse gases?

Any effort to address global warming should involve the largest economies. Large economies tend to be the biggest emitters of greenhouse gases. Indeed, the 10 largest emitters are responsible for over sixty percent of global emissions (see Table 1).

Emerging markets will continue to drive the growth of future emissions. While high income countries are big emitters in per capita terms, energy efficiency has been gaining ground in these countries. One should expect consumption of fossil fuels by advanced economies to continue to decrease. Whereas, emerging markets and developing countries are still heavily reliant on coal and their consumption of fossil fuels will continue to rise. Coal is a major source of emissions, especially in the presence of low efficiency coal plants. Coal is used in electricity generation and currently it is quite cheap. Beside carbon dioxide, old plants tend to emit more air pollutants such as nitrogen oxides and sulfur oxides.

While China, the world largest coal consumer, is shifting toward use of renewable energy resources, demand from other developing countries, especially from India, is expected to increase especially if coal prices stay low. If these countries do not adopt state of the art technology for coal-powered plants, global emissions will reach dramatic levels and in turn accelerate global warming. Poorly designed regulations in the use of coal in developing countries could also discourage technological change in the electrical power sector. As a result, the world might not benefit from the downward trend in coal usage in developed countries.

Question 7: Why is it difficult to coordinate over the mitigation of climate change?

Considering that carbon emissions involve an externality, government intervention is warranted to avoid the free riding problem. The global nature of the issue thus requires international coordination. In theory, a global carbon tax would be the most efficient way to reduce emissions. The Kyoto protocol, a treaty aimed at reducing carbon dioxide emissions, was adopted in 1997, but a few major countries, such as the United States, India, and China, did not commit to legally binding targets. The Copenhagen Climate Conference did not yield any agreement and postponed any activity till the 2015 Paris Conference.

Governments have been asked to submit their Intended Nationally Determined Contributions (INDCs). INDCs are not legally binding, but rather an individual government’s non-legal commitment to slow global warming. During the conference, authorities might strike a deal to make these commitments binding to some degree.

For low-income countries in particular, development aid may be necessary to facilitate the import of clean technology that will ensure that they participate in the energy transition. This would reduce their transitional costs from removing carbon subsidies and levying positive carbon taxes. The Green Climate Fund is a fund within the framework of the United Nations founded as a mechanism to assist developing countries in adaptation and mitigation practices to counter climate change. It is intended to be the centerpiece of efforts to raise Climate Finance to $100 billion a year by 2020.

We are grateful to Maury Obstfeld for insightful comments and suggestions.

It could even affect the ecosystem in oceans, which absorb CO2 and emit oxygen through phytoplankton activities. One study claims that beyond a certain threshold the earth will suffer from a shortage of oxygen.

The cross-correlation between temperature and income is negative and well known often invoking weather as key explanation behind development outcomes. In addition, Dell, Jones, and Olken (2012) show that countries tend to grow more slowly in a warm year compared to a cold year. Burke and others (2015) provide evidence that the relationship between temperature and economic outcomes is in fact non-linear.

Parts per million (ppm) of CO2 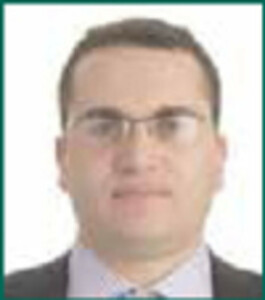 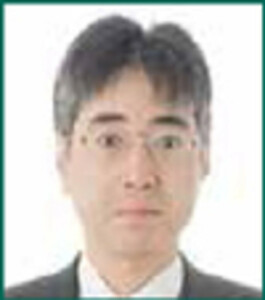 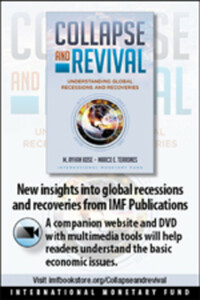