Financial frictions explicitly displayed in macroeconomic models can improve our understanding of the driving forces of the business cycle. Frictions, through the presence of information asymmetry, impose a non-zero countercyclical spread between lending and borrowing, which then amplify the role of financial shocks.

Question 1. What are the driving sources of the business cycle?

Following the seminal work of Kydland and Prescott (1982), the conventional view about the sources of the business cycle has been centered mainly on technology shocks (or total factor productivity (TFP)). After the experience of the recent financial crisis, the view regarding the driving forces of the business cycle turned toward investment channels. In line with this idea, Justiniano, Primiceri, and Tambalotti (2010) argue that a more promising theory is one that attributes fluctuations largely to investment shocks, and more specifically to marginal efficiency of investment (MEI) shocks. MEI shocks are exogenous disturbances that affect the efficiency of the process that transforms current investment goods to future productive capital. Furthermore, it is also argued that this shock is highly correlated with credit spread. To corroborate the relationship between investment shocks and the spread, we need a framework that explicitly allows for a financial intermediary sector and captures the interaction between marginal efficiency of investment and the spread. Taheri Sanjani (2014) extends the Gertler and Karadi (2011) model by incorporating investment shocks; a variance decomposition analysis shows that financial shocks are the main driving force behind the volatilities in post-war U.S. macroeconomic data. The financial shock in Gertler and Karadi (2011) are exogenous disturbances that affect the quality of capital stock, and are highly correlated with the credit spread. One policy implication can be that policy which affects the credit spread is the most effective instruments for recovery during financial crises.

Question 2. How do the economic models with and without financial frictions differ?

In a survey of financial frictions by Brunnermeier and others (2012), they explain a frictionless economy as an environment where funds are liquid and can flow to the most profitable project; this model can be presented with a single representative agent and the aggregate output is only the total capital and labor matter. In contrast, with financial frictions, liquidity considerations become important and the wealth distribution matters. This mechanism creates a persistence and amplification effect. External financing is more costly when compared with internal funds and the external financing depends on the return. Constrains on incentives, such as moral hazard, result in leveraging as productive agents issue, to a large extent, debt to ensure that the agent exerts sufficient effort. However, debt claims come with some severe drawbacks: an adverse shock wipes out a large fraction of the leveraged borrowers net worth, limiting his risk-bearing capacity in the future. Hence, a temporary adverse shock is very persistent since it can take a long time for productive agents to rebuild their net worth through retained earnings. An initial shock is amplified if productive agents are forced to fire-sell their capital. Since fire-sales depress the price of capital, the net worth of productive agents suffers even further (loss spiral). In addition, margins and haircuts might rise (while loan-to-value ratios might fall) forcing productive agents to lower their leverage ratio (margin spiral).

Question 3. What are the channels through which capital quality shocks affect the economy?

In an economy without financial frictions, a negative shock to the quality of capital stock disturbs the capital accumulation dynamic, which further deteriorates output moderately due to the “time-to-build” phenomenon. In the presence of financial frictions, negative capital quality shock affects the economy through an additional channel, namely, the bank balance sheet channel, by creating significant capital loss in the financial sector. Prior to the negative capital quality shock, financial intermediaries were highly leveraged and, when the shock hits the economy, intermediaries suffer severely from deterioration of their net asset position, which in turn induces a tightening of credit and a significant downturn in the economy. For example, suppose Blackberry mobile phone technology becomes obsolete as touch screen smart phone technology is introduced. There could be three channels through which this shock is transmitted. First, capital stock for producing Blackberry devices, de facto, depreciates much more rapidly than originally expected. Second, output of intermediate producers, say those who produce Blackberry parts or software, suffers. Third, the financial balance sheets of banks, which lend to firms such as Blackberry, suffer as stock valuations fall. One possible microeconomic interpretation is that a large number of goods are produced using good-specific capital. In each period, as a fraction of goods becomes obsolete, the capital used for producing those goods becomes worthless. In aggregate, a capital quality shock reflects the economic obsolescence of capital, which in turn leads to deterioration of the balance sheets of financial intermediaries.

Question 4. How is financial friction modeled?

The initial macroeconomics literature with financial frictions represented by Bernanke and Gertler (1989) and Carlstrom and Fuerst (1997) focused on the fact that a shock though temporary can have long-lasting persistent effects through feedback effects of tightened financial frictions. Costly state verification constraint introduced by Townsend (1979) is the key friction in the models. The main idea comes from the optimal contract between borrower and lender, which has to ensure that the borrower reveal its true state and does not take advantage of the information asymmetry but also has to be mindful of the surplus destroyed by costly verification. Moral hazard and costly state verification constraints introduce the notion of risk that does not come from lack of information but rather a selective provision of it. Knightian uncertainty is an independent and identically distributed process that cannot be foreseen, and upon its realization, it affects the state of agents. All together, these are the two mechanisms used to model financial accelerator mechanisms. Bloom (2009) studies the impact of uncertainty shock and Christiano, Motto, and Rostagno (2013) analyze the role of risk shock within a standard Dynamic Stochastic General Equilibrium (DSGE) setup.

Question 5. Why does data favor financial shocks over investment shocks in explaining the business cycle?

Due to information asymmetry the spread between borrowing and lending is non-zero; costly state verification puts in place a mechanism to monitor the risk in banks’ activities. A deterioration of quality of productive capital adversely affects output and demand for productive capital, lowers a good producer firm’s stock valuation and their collateral value, and ultimately financial intermediaries’ asset valuation in their balance sheets drops. The impulse response function of a capital quality shock implies that the price of capital is procyclical. On the other hand, a marginal efficiency of investment shock implies that the value of net worth (or the stock market equity) is countercyclical, which is not plausible. This is the main reason why, in the presence of the financial accelerator block, the data favors the capital quality shock over the investment shock.

Question 6. How does a financial shock propagate into the economy?

A negative deviation financial shock can create a recession of plausible dynamism and magnitude with two remarkable features: firstly, output, investment, consumption, interest rate, and capital stock decline severely. Secondly, the recovery of the economy is slow, due to the prolonged deleveraging. Following the shock, asset prices fall severely. This acts as a shock to the intermediaries’ balance sheets and their asset quality declines substantially. The spread soars as a consequence and increases the cost of funding. Since banks are highly leveraged, this produces an enhanced decline in the capital stock, which recovers very slowly. During the recovery period, the intermediary sector is deleveraging by building up equity relative to assets. Banking crises preceded by credit bubbles are typically followed by prolonged deleveraging. Data shows that the average deleveraging period is 5 to 6 years and typically starts 2 years after the onset of a financial crisis.

Question 7. Does the data support the model with financial frictions? 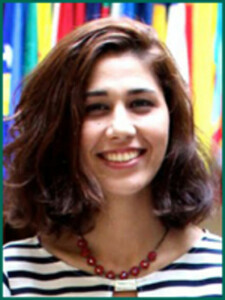