Every three years, a group of young economists from around the world gets a unique opportunity in the picturesque town of Lindau to meet with some of the most esteemed names in their field, and to connect with each other. This year’s gathering—the fifth Lindau Meeting in Economic Sciences—saw about 450 young researchers, among them 20 IMF economists, and 18 Nobel Laureates, come together in August for an intensive exchange of ideas on a wide range of topics including inflation, inequality, repugnant markets, and the usefulness of economics. This article provides a brief account of some of the talks and discussions that occurred at the meeting.1

As the shadow of the global financial crisis lingers, a recurrent theme in the discussions and presentations of the laureates in Lindau, Germany, this year was the challenges impeding a robust global economic recovery, and how these could be tackled. Often departing from conventional thinking, the Nobel Laureates—which included Robert Aumann, Peter Diamond, Lars Peter Hansen, Finn Kydland, Eric Maskin, Daniel McFadden, Robert C. Merton, James Mirrlees, Roger Myerson, Edmund Phelps, Edward Prescott, Alvin Roth, Reinhard Selten, William Sharpe, Christopher Sims, Vernon Smith, Joseph Stiglitz, and Mario Vargas Llosa (the 2010 Nobel Laureate in Literature)—did not shy away from throwing around provocative ideas. On the first day of the meetings, for instance, Sims argued that the monetarist view—that inflation is determined by money growth—is obsolete. In advanced economies today, nearly all deposits (including reserve deposits at the central banks) pay interest, implying that the distinction between “money” and interest bearing debt has disappeared, and the traditional money multiplier link has been broken. As a result, he contended, initiatives like quantitative easing, which many consider as an increase in reserves at the risk of creating rampant inflation, have been unable to spur inflation. So what could be done? Relying on the fiscal theory of price level, he maintained that the solution to the current macroeconomic conundrum requires an expansionary fiscal policy without a commitment to cut future expenditure or raise future taxes. For without such a commitment, people’s expectation of a payback of the incurred debt through higher future primary surpluses, could restrict them from increasing spending, and debt could in fact become deflationary.

Complementing Sims’ call for an expansionary fiscal policy, Diamond argued that the shift in the Beveridge curve (the relationship between unemployment and vacancy rates) in the United States since the global financial crisis suggests a deterioration in the matching/hiring process in the economy, which could partly be a structural issue, but there may be an aggregate demand element to it as well. There is thus an important role, in his opinion, for both monetary and fiscal policies to alleviate the problem and move the economy to the full employment rate that is being targeted.

In a trenchant presentation, Stiglitz discussed another reason for a drag on economic growth in major advanced economies: the high degree of income and wealth inequality. While recent data document large increases in both wealth and the wealth-to-income ratio, Stiglitz observed that there has neither been an associated decline in interest rates nor an increase in wages that might be expected if “wealth” is taken to be capital. He argued that much of the increase in the value of wealth is an increase in the value of land, to which monetary policy and the process of credit creation have partly contributed. He asserted that since central banks exercise limited control on the quantity and, especially, allocation of credit; much of the credit has been directed by the financial sector to the purchase of existing assets—leading to asset price inflation and wealth creation for the financial sector, as well as for the owners of pre-existing assets. He proposed that central banks and regulators could circumscribe the flow of credit for purchase of existing assets, and direct it to productive investments instead. He expounded several other “centrifugal” forces contributing to inequality in the United States including education and tax policies, enforcement of antitrust laws, corporate governance and financial sector regulation. Referring to the IMF’s recent research on inequality,2 which shows that lower levels of inequality are associated with faster and more stable growth, he argued that the notion of a tradeoff between redistribution and growth is now mute.

Following Stiglitz, Maskin addressed the question of why global markets have been unable to reduce inequality in developing economies. In his view, the theory of comparative advantage, which predicts that globalization should cause income inequality in emerging economies to fall, has broken down. Sketching an alternative theory, which conceives of globalization as an increase in international production, Maskin showed that when barriers to international production fall, moderately skilled workers in emerging economies get new employment opportunities, which bids up their wages toward international levels, while unskilled workers do not. It is this disparity that accounts for rising inequality in many developing countries.

How could economies be rebalanced? The tax and transfer system is a key instrument to affect income distribution. Mirrlees discussed extreme situations where marginal tax rates of 100 percent (or close) may be justified. Such cases rested on assumptions of a strong preference for work; high substitutability between consumption and work; and competition between skilled workers (such as sportsmen or inventors) for market share. He argued that such assumptions may not hold generally, but analyzing extreme results could improve our understanding of how incentives work, and help to design appropriate tax policies.

While other laureates debated challenges surrounding recovery from the global financial crisis, Smith worried that another housing market crash was already in the making in the United States. Arguing that the precrisis U.S. housing bubble was established by 2001, when housing prices relative to median income were already above their long-run average, he showed that the U.S. housing market has regained much of the value lost in the recent crisis. Relying on evidence from market experiments, he associated large endowments of cash and inflows of mortgage credit money with housing bubbles—in turn, new housing expenditure tends to be a leading indicator of decline. He, however, considered monetary and fiscal expansions to be inert in repairing household and bank balance sheets in recessions, and instead called for bankruptcy and default as a reboot process.

Perhaps the most unconventional, but captivating, talk of the Meeting was delivered by Roth on “repugnant transactions”—transactions that some people want to undertake but others do not want them to. An example of such transactions is the sale of kidneys, which is illegal in most countries, although kidney donations are not. Recognizing that repugnance can act as a significant constraint on markets, Roth discussed devising a moneyless market exchange for kidneys—which gives people unable to find a suitable kidney from a friend or relative the chance to receive one from a potential donor in a reverse position. Although some repugnant transactions have changed over time (e.g., interest on loans), he indicated that others remain important phenomena, requiring more attention and research.

A much anticipated highlight of the Meeting was the opening speech by German Chancellor Angela Merkel. Attending the event for the first time, she questioned the laureates as to why the economics discipline had got so much wrong in recent years, with its assumptions and predictions proving to be far removed from reality. She wondered whether the underlying economic theories were wrong, or that policymakers listened to the wrong people. She encouraged economists to build bridges between theory and evidence, provide guidance to policymakers, and be honest enough to indicate areas where there is ambiguity and uncertainty. Emphasizing the constraints politicians face in decision making and implementation, she insisted that political advice would be useful if it is mindful of the realities of the day, which may be hard to compress into theoretical models.

Amid talks of failures, crisis, and risks to the global economy, the thought-provoking special lecture by Mario Vargas Llosa on the value of liberalism and freedom provided a much-needed glimmer of hope. Arguing that collectivism is a threat to civilization, Vargas Llosa emphasized how freedom and the willingness of humans to respect and live with those from different backgrounds has contributed more than any scientific discovery to end violence and make intellectual progress. He remained optimistic about the future and, citing Karl Popper, argued that while catastrophic things are happening around us, we have instruments as never before to defeat the “demons” of poverty, illness, and discrimination. This, he stressed, should give us enthusiasm to face the challenges, and create a structural transformation that benefits all mankind.

The three days of intensive learning in the Bavarian town (also home to the Rapunzel tower; see photo!) were brought to a close with a boat trip to Mainau Island in Lake Constance, where the guest of honor, Queen Silvia of Sweden, addressed the participants, and where the three laureates—Diamond, Merton, and Roth—debated the overarching question of “How Useful Is Economics—How Is Economics Useful?” The laureates acknowledged that economists do not always have solutions to economic or social problems, but vehemently agreed that economics has had an extraordinary impact on the efficiency and development of national economies through, for instance, policy advice, financial market development, and market design. Looking forward, they suggested, that the development of new technologies, and accumulation of knowledge in other fields, offers infinite opportunities to adapt, and improve upon existing models and theories—which make the progress that has happened to date “just look like the beginning.”

At a time when the usefulness of the economics discipline is being questioned by those outside the profession, and economists themselves are doing much soul-searching, the talks at Lindau were a useful reminder of how rigorous analysis of various facets of economic behavior has come together to profoundly benefit society—while also inspiring young economists to stand on the shoulders of these Nobel giants and try to reach further. 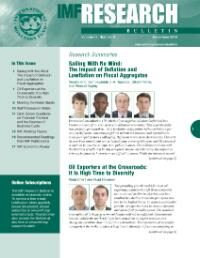 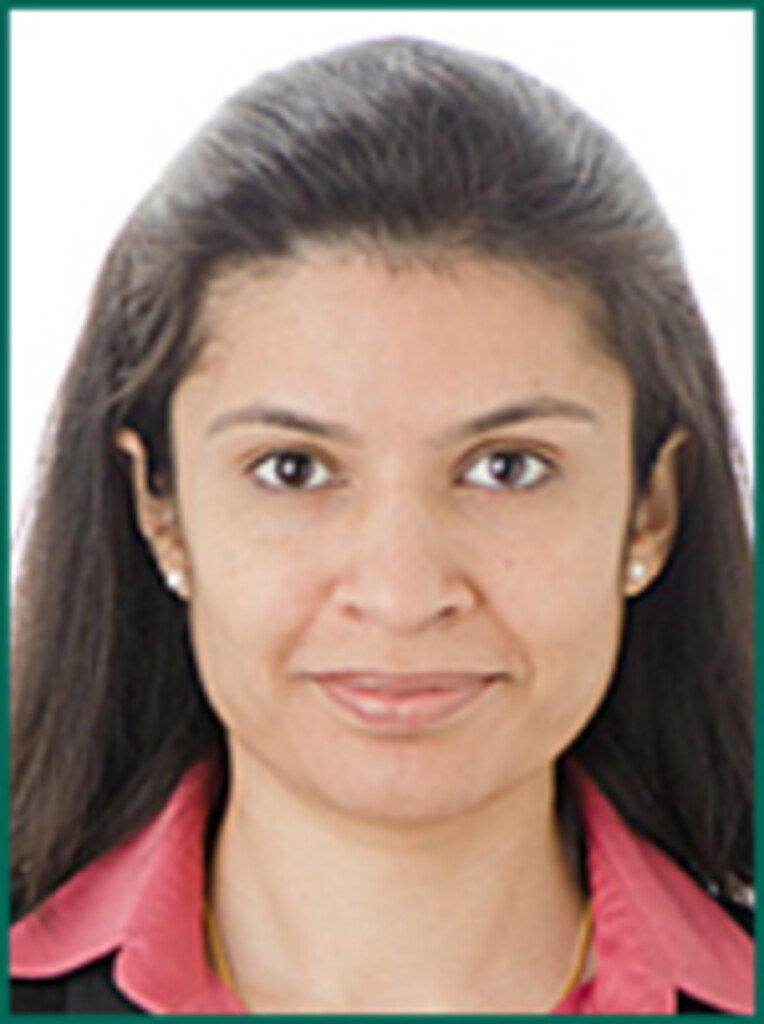 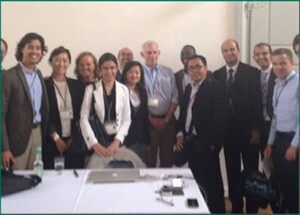 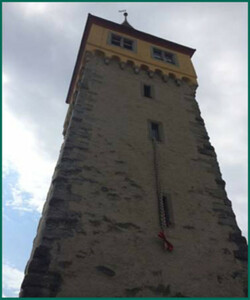