Jump to Content Jump to Main Navigation
Research Summaries: Sailing With No Wind: The Impact of Deflation and Lowflation on Fiscal Aggregates
Author: International Monetary Fund

Entrenched low inflation (“lowflation”) or negative inflation (deflation) has become a source of concern in several advanced economies. This is particularly true for fiscal policymakers. With lowflation (say positive inflation below 2 percent) or deflation, downward rigidities in both tax brackets and expenditures make fiscal policy more challenging. Deflation is rare in modern history. This article uses both simulations and a dataset panel covering 150 years and 18 advanced economies to uncover its impact on public finances. The evidence is in line with the intuition of deflation having a negative impact on debt ratios; the impact on primary balances is, however, more difficult to assess. While the historical record suggests that, as ratios to GDP, primary balances are broadly immune from lowflation or deflation; this may be due to the quality of data during part of the period under review. In addition, fiscal policy has profoundly changed since the Second World War, and is now called to play a more active role than in the past. In the current economic environment, slipping into deflation could propel already-elevated debt ratios into an unsafe zone.

In recent months, inflation has been declining and running below target in a number of advanced economies. This

“Even with adequate indexation mechanisms, any unexpected deflation can translate into lower revenue collections.”

has raised concerns over the risks of protracted lowflation, or even deflation. In theory, lowflation or deflation can lead to declines in nominal GDP and unfavorable interest rate-growth differentials, resulting in increases in debt-to-GDP ratios. These effects can be compounded by downward rigidities in public spending and tax collection.

At the same time, over the past two centuries, with the exception of the Great Depression, deflation was generally not associated with persistent and deep economic malaise (Atkeson and Kehoe 2004; and Borio and Filardo 2004, 2005). The literature has even distinguished three broad categories of deflation: “The good, the bad, and the ugly.” Good deflations arise from positive supply shocks; bad deflations are associated with recessions and nominal rigidities; and ugly deflations represent periods of steeply declining prices associated with severe recessions such as the Great Depression of the early 1930s. Therefore, understanding the consequences of lowflation and deflation is key for today’s policymakers. To that effect, our paper investigates both the theoretical and empirical relationships.

Intuitively, revenue is expected to remain broadly unaffected by deflation. Because tax nets and GDP are strongly correlated, both the denominator and the numerator are similarly affected by price developments. However, this may not be the case if tax brackets are not properly indexed. In the presence of nominal rigidities, lowflation or deflation may move some groups of taxpayers to lower brackets so that the price elasticity of revenue could deviate from one. Moreover, because of political reasons, governments may be reluctant to revise tax provisions downwards—including brackets and ceilings and floors of exemptions—in order to maintain the tax effort in real terms. Even with adequate indexation mechanisms, any unexpected deflation can translate into lower revenue collections.

In a similar vein, expenditure items may not adjust to deflationary shocks. In modern policymaking, downward rigidities may be the rule. In particular, the political cost of curbing wage bills or transfers in nominal terms may be very high. Accordingly, during deflationary times, these items may be frozen in nominal terms, leading to increases in expenditure-to-GDP ratios. Also, contractual arrangements (e.g., multiyear investment projects and interest payments) may delay the translation of deflation to expenditure reductions for current and capital spending. Finally, fiscal mechanisms may delay the reaction to a deflation shock, because budgets are prepared and executed in nominal terms, so that in-year adjustments might prove difficult to implement.

Furthermore, lowflation and deflation have the potential to raise debt ratios. For any given nominal interest and real growth rates, a low or negative rate of inflation raises the stock of debt over time if nominal rates do not adjust immediately. Put differently, with unchanged debt stock, lowflation or deflation is likely to increase the debt-to-GDP ratio. This is well known as the interest-rate-growth differential effect, which, when negative, pushes debt-to-GDP ratios upward.

We first build a simple deficit-debt simulation model, which incorporates indexation mechanisms and fiscal rules enforced or observed in modern economies. For the sake of illustration, the model is applied to the euro area using the September 2014 World Economic Outlook forecasts. Assumptions on the reaction of the different subparts of the primary balance to price shocks are formulated based on the information on fiscal frameworks and recent experience. We simulate a 2 percent decline in inflation in 2015, which is corrected in the following year. We find that such an unexpected temporary decline in inflation leads to a permanent deterioration of the primary balance-to-GDP by about 0.4 percent, mostly driven by an increase of expenditure (Figure 1). If the shock has been anticipated, the deterioration would be smaller, but still significant because of the presence of downward rigidities in the outlays by some governments. The debt-to-GDP ratio increases permanently by 2.5-2.7 percent compared to the baseline.

We also analyze the impact of deflation and lowflation through the prism of the historical record. Most of the documented episodes of deflation occurred in the second half of the nineteenth century and the first half of the twentieth century. A second set of episodes relates to the Great Depression (1929–34), when the combination of deflation and economic contraction triggered debt deflation. Since the Second World War, Japan has been a notable case, with this country struggling with prolonged deflation in the 1990s. Our paper makes use of the historical record to investigate the empirical link between lowflation or deflation and fiscal policy. It uses an original dataset panel covering a long timeframe (over 150 years) and 18 advanced economies for inflation, growth, and fiscal aggregates—including the main components of primary balances, interest payments, and debt.

We find evidence from the historical record that debt-to-GDP ratios are more sensitive to deflation, but findings on the primary balance are mixed (see Figure 2). We confirm that deflation leads to increases in public debt-to-GDP ratios. Although the increase is somewhat lower, by almost 1.7 percentage points, than in the deficit-debt simulation approach. During good deflation, as described above, debt-to-GDP ratios tend to be immune to the negative impact of deflation. Conversely, bad deflation has a greater impact on debt. Surprisingly, unlike the debt ratio, evidences are not clear cut with the primary balance. Some estimates indicate that the primary balance deteriorates during recessionary deflations and conversely improves during expansionary deflations. However, these findings are not robust to alternative specifications. Likewise, lowflation turned out to be uneventful for fiscal aggregates.

It is therefore difficult to generalize for the current situation for several reasons. First, as noted, the quality of the historical data may be problematic. The impact of lowflation or deflation regimes on fiscal aggregates may be diluted by the cumulative effect of policy measures, historical trends, or country idiosyncrasies. Also, the historical record for almost 150 years may not fully reflect past practices of reporting expenditure on a cash basis and hide arrears buildup to suppliers. Second, fiscal policy has profoundly changed since World War II. Fiscal policy regimes have evolved considerably and are now more directly linked to inflation than in the past. Tax systems have gradually adopted bases more aligned with key macroeconomic aggregates. Likewise, social transfers have been ramping up since their introduction in the 1930s and today’s governments are more committed to maintaining a certain level of direct services—such as schools or hospitals—than in the past. This has been evidenced during Japan’s recent long combat against deflation. The deterioration of Japanese fiscal accounts was driven more by demographic pressures and anemic economic growth than by deflation. In the Japanese context, deflation has only played a role in thwarting policy responses.

Although politically challenging, when faced with deflation, fiscal authorities would have to consider adjusting tax brackets and lowering entitlements programs in order to preserve their primary balance objectives. Also, governments should be wary of possible adverse effects of expenditure rules designed to enforce discipline in times of inflation. Putting these findings together, lessons on the risks of deflation can be drawn for the current state of the global economy. Slipping into deflation could undo ongoing consolidation efforts and threaten fiscal sustainability. With debt ratios already elevated, a deflationary spiral could propel debt ratios into an unsustainable zone.

Model Simulation, Impact of Deflationary Shocks on Fiscal Aggregates in the Euro Area 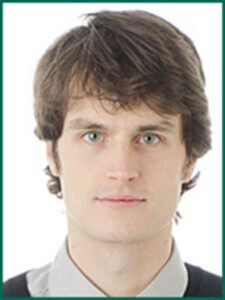 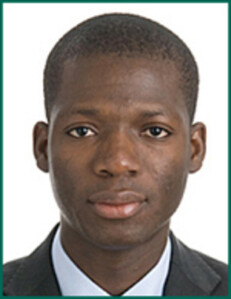 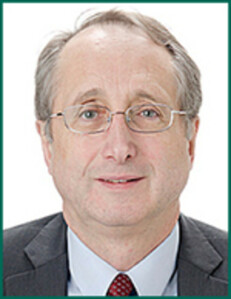 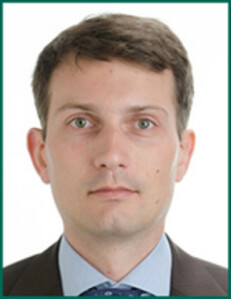