The most common way to measure inequality is the Gini coefficient, which is an index that ranges from zero to one, with a value of zero corresponding to equal incomes across all recipients and a value of one corresponding to a situation in which one household receives all of the income in the economy. As Figure 1 shows, the Gini coefficient varies substantially across countries.

Question 2: How much has income inequality increased over the past few decades?

Much of the recent concern about inequality has been centered on the trends over the last few decades. Most OECD countries saw increases in their Gini coefficients from the mid-1980s to the mid-2000s, as shown in Figure 2. The OECD average increase was only about 0.02 points. This change is about equivalent to the difference in inequality between Austria and Germany—not necessarily a magnitude that, in itself, deserves a high level of scrutiny. However, the consistency of the upwards trend across countries along with large increases in select countries have warranted probing into the causes and consequences of inequality.

Question 3: What has caused this rise in income inequality?

Skilled-based technological change is thought to be one of the leading causes driving the increase in inequality in advanced economies over the past four decades. The middle class has been “hollowed out” as machines have replaced medium-skilled labor (Acemoglu and Autor, 2011). More recently, another economic change that has contributed to the decline of middle-income jobs in developed countries is the increase of globalization. As medium-skilled jobs move off-shore, the replaced workers must face a decision of increasing their education to obtain higher-paying jobs or to move to lower-paying jobs. This effect has become more prominent in the 2000s than it had been in the preceding decades (Autor, Dorn, Hansen, 2011).

Two other possible contributors to the increase in income inequality are the decline of unions and the decline of the real minimum wage in many advanced economies. Historically, unions have affected the wage structure by boosting the wages of lower middle class workers (Card, 2001). In the United States, the percent of private sector workers covered by unions has decreased from more than 20 percent in the mid-1970s to less than 10 percent in 2010. At the same time, since the nominal minimum wage has not increased in step with inflation, the real minimum wage has decreased in many countries, contributing to the decline of real wages of the lowest income quintile. Furthermore, the increase of immigration and the use of illegal immigrant labor have weakened unions and the application of the minimum wage.

Finally, an important factor in the rise in inequality has been the emergence of a powerful financial sector. A substantial portion of the rise in income inequality has been due to the increase in the share of income accruing to the top 1 percent of the income distribution (Atkinson, Piketty, and Saez, 2011). This rise is at least partially due to a dramatic increase in salaries in the financial sector which, in turn, can be attributed to the structure of the financial system and its associated incentives.

Question 4: What are the possible negative consequences of the rise in income inequality?

Recent research has shown that societies with high inequality tend to adopt policies that hinder long-term growth potential, due to conflicts between the holders of economic power and political power (Berg and Ostry, 2011). In addition, these societies face short-term destabilizing influences. High levels of inequality may increase the competition between income earners. Lower earners feel social pressure to borrow, if possible, in order to maintain a consumption level that approaches that of their wealthier neighbors. The overleveraging that might follow can lead to macroeconomic instability and is thought to be one of the causes of the recent recession (Rajan, 2010).

The welfare considerations of high inequality extend past the effect on growth and macroeconomic stability. One broad negative consequence of a rise in inequality is an increased stratification of society. The emergence of a class society is bad for social and health outcomes as people are faced with the pressures associated with dramatically different living situations (Pickett and Wilkinson, 2009). High inequality tends to be associated with lower intergenerational mobility, implying that these pressures and their negative consequences may have lasting effects on future generations (Corak, 1993).

Question 5: How can governments intervene in order to stem inequality?

The most direct way for governments to intervene is to implement progressive tax and transfer policies. As Figure 3 shows, governments in OECD countries vary substantially in how successful their policies are in reducing inequality.

In addition to the direct monetary redistribution programs, a government’s involvement in equalizing the access to services, such as education, health care, and technology, can have medium- to long-run success in narrowing the income distribution. Furthermore, regulation of the minimum wage and low-income labor policies can help to boost the earnings of the workers on the low end of the distribution. Lastly, the government may have a role in regulating the financial sector, as mentioned in Question 3.

Question 6: Why the focus on income inequality? Are there other measures that are more meaningful?

The focus on income inequality largely has to do with the availability of data, even while other measures may better capture welfare concerns. Income inequality may exaggerate the disparities in actual consumption; high income individuals tend to save more and consume less of their income at the same time that public provision of education, health care and other services further narrows the consumption gap between the rich and the poor. Furthermore, higher levels of consumption lead to decreasing rates of marginal utility; with this in mind, happiness inequality may be the closest measure to capturing welfare, yet is also one of the most elusive to measure (Stevenson and Wolfers, 2008). Other types of inequality measures also have their own merits: wealth disparities, differential access to services, and the spread in lifetime earnings. Some economists argue that the percentage of the population in poverty is more relevant than any measure of inequality. Ultimately, the “correct” measure depends on the specific welfare question of interest.

Question 7: Are any of the concerns about the rise in inequality overstated?

There are potentially dramatic welfare implications surrounding the recent increases in inequality in advanced economies. However, some of the concerns highlighted in the media are almost certainly overblown. In a world in which social media makes the emergence of celebrities and mass-marketed products possible, there is more of an opportunity for superstars to amass tremendous amounts of income than there had been earlier in the twentieth century. Furthermore, as economies get richer, more workers choose to curtail their hours in exchange for more leisure; in doing so, an income gap is automatically generated between the average “threshold” worker and those who have a taste for working longer hours for a higher monetary reward (Cowen, 2011). It is questionable whether these contributions to the spread of the income distribution have either negative welfare or growth implications. While it may be difficult to distinguish a destructive rise in income inequality from a positive rise that naturally occurs as a country gets richer, it is important to keep in mind that the goal of reducing inequality is not to hurt the rich at the expense of the poor.

Research at the IMF

Click on the “Research” tab of www.imf.org to visit the “Research at the IMF” web page and learn more about the research conducted by the IMF. Follow conferences organized by the IMF; read the latest research products, including Working Papers and Staff Discussion Notes; meet featured economists; and see the latest issues of the IMF Economic Review and IMF Research Bulletin.

Trends in Income Inequality in OECD Countries, Mid-1980s to Mid-2000s

Gini Coefficients Before and After Taxes and Transfers, Mid-2000s 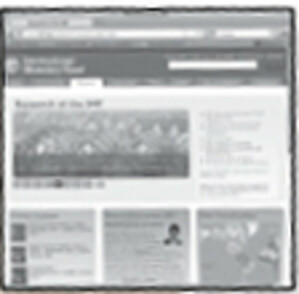