Staff Papers draws on IMF Working Papers, which are research studies by members of the Fund’s staff. A list of Working Papers issued in 1997:2 follows:

Staff Papers draws on IMF Working Papers, which are research studies by members of the Fund’s staff. A list of Working Papers issued in 1997:2 follows:

“The Effects of Forward- Versus Backward-Looking Wage Indexation on Price Stabilization Programs,” by Joe Crowley [97/38]

“Bank Concentration and the Supply of Credit in Argentina,” by Gustavo Canonero [97/40]

“A Provincial View of Economic Integration,” by Tamim Bayoumi and Michael W. Klein [97/41]

“Deindustrialization: Causes and Implications,” by Robert Rowthorn and Ramana Ramaswamy [97/42]

“The Effect of Globalization on Wages in the Advanced Economics,” by Matthew J. Slaughter and Phillip Swagel [97/43]

“Aspects of the Monetary Transmission Mechanism Under Exchange Rate Targeting: The Case of France,” by Joaquim Levy and Ioannis Halikias [97/44]

“The Indonesian Financial System: Its Contribution to Economic Performance and Key Policy Issues,” by John Montgomery [97/45]

“Intra-Industry Trade of Arab Countries: An Indicator of Potential Competitiveness,” by Oleh Havrylyshyn and Peter Kunzel [97/47]

“Modeling the World Economic Outlook at the IMF: A Historical Review.” by James M. Boughton [97/48]

“Current Account Imbalances in ASEAN Countries: Are They a Problem?” by Jonathan D. Ostry [97/51]

“Liheralization and the Behavior of Output During the Transition from Plan to Market,” by Ernesto Hernández-Catá [97/531

“Determinants of Korean Trade Flows and Their Geographical Destinations,” by Gian Maria Milesi-Ferretti and Lorenzo Giorginnni [97/54]

“The Asymmetric Effects of Monetary Policy on Job Creation and Destruction,” by Pietro Garibaldi [97/57]

“Characteristics of the Euro, the Demand for Reserves, and Policy Coordination Under EMU,” by Paul R. Masson and Bart G. Turtelboom [97/58]

“Investment Implications of Selected WTO Agreements and the Proposed Multilateral Agreement on Investment,” by Matthias Vocke [97/60]

“Contrasting Monetary Regimes in Africa.” by Patrick Honohan and Stephen A. O’Connell [97/64]

“Experiences with Monetary Integration and Lessons for Korean Unification.” by Goohoon Kwon [97/65]

“Real Exchange Rate Levels, Productivity and Demand Shocks: Evidence from a Panel of 14 Countries.” by Menzie China and Louis Johnston [97/66|

“An Analysis of External Debt and Capital Flight in the Severely Indebted Low Income Countries in Sub-Saharan Africa.” by S. Ibi Ajayi [97/68]

“World Commodity Prices as a Forecasting Tool for Retail Prices: Evidence from the United Kingdom,” by Alicia Garcia Herrero and John Thornton |97/70]

“A Primer on the IMF’s Information Notice System,” by Alessandro Zanello and Dominiqe Desruelle [97/71]

“External Borrowing by the Baltics, Russia, and Other Countries of the Former Soviet Union: Developments and Policy Issues.” by Ishan Kapur and Emmanuel van der Mensbrugghe [97/72]

“Corruption and the Rate of Temptation: Do Low Wages in the Civil Service Cause Corruption?” by Caroline Van Rijckeghem and Beatrice Weder [97/73]

“How Long is the Long Run? A Dynamic Analysis of the Spanish Business Cycle,” by Humberto Lopez, Stefania Fabrizio, and Angel Ubide [97/74]

“Unemployment Persistence and Capital Shortage: The Case of Trinidad and Tobago,” by Benedikt Braumann [97/77] 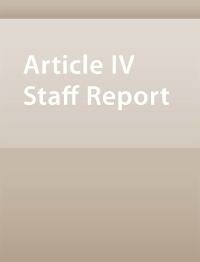