“Dynamics of Devaluation and ‘Equivalent’ Fiscal Policies for a Small Open Economy,” by J. Saul Lizondo and Peter J. Montiel [89/1]

“Is Inflation Effective for Liquidating Short-Term Nominal Debt?” by Guillermo A. Calvo [89/2]

“Issues of Openness and Flexibility for Foreign Exchange Systems,” by Peter J. Quirk [89/3]

“Tax Incentives and International Capital Flows: The Case of the United States and Japan,” by A. Lans Bovenberg, K. Andersson, K. Aramaki, and S.K. Chand [89/5]

“The Relevance of Fiscal Conditions for the Success of European Monetary Integration,” by Peter Isard [89/6]

“Seigniorage in the EC: The Implications of the EMS and Financial Market Integration,” by Daniel Gros [89/7]

“Monetary Policy Interaction Within the EMS,” by Daniel Gros [89/8]

”Credibility, Capital Controls, and the EMS.” by Timothy Lane and Liliana Rojas-Suarez [89/9]

“A Delicate Equilibrium: Debt Relief and Default Penalties in an International Context,” by Guillermo A. Calvo [89/10]

“Devaluation Crises and the Macroeconomic Consequences of Postponed Adjustment in Developing Countries.” by Sebastian Edwards and Peter Montiel [89/11]

“Islamic Banking: Experiences in the Islamic Republic of Pakistan,” by Mohsin S. Khan and Abbas Mirakhor [89/12]

“Some Microeconomics of Fiscal Deficit Reductions: The Case of Tax Expenditures.” by Liam Ebrill [89/14]

“Simulating the Effects of Some Simple Coordinated Versus Uncoordinated Policy Rules,” by Jacob A. Frenkel, Morris Goldstein, and Paul R. Masson [89/17]

“Savings, Investment, and Growth in Mexico: Five Years After the Crisis,” by Alain Ize [89/18]

“Net Foreign Assets and International Adjustment in the United States, Japan, and the Federal Republic of Germany,” by Jocelyn Horne, Jeroen Kremers, and Paul Masson [89/22]

“The External Debt Problem of Sub-Saharan Africa,” by Joshua Greene [89/23]

“A Simulation Model for Financial Programming,” by Richard C. Barth and Bankim Chadha [89/24]

“Macroeconomics and Famine,” by Bankim Chadha and Ranjit S. Teja [89/25]

“The Evolving Role of Fiscal Policy in Centrally Planned Economies Under Reform: The Case of China,” by Mario I. Blejer and Gyorgy Szapary [89/26]

A limited supply of IMF Working Papers is available free of charge to interested scholars and research institutions. In requesting a particular paper (or papers), please indicate the Working Paper number (for example, WP/88/1), title, and author(s). Requests should be made to:

NEW FROM THE INTERNATIONAL MONETARY FUND

The increased scope for international intermediation, spurred by liberalization and innovations in financing, has magnified the importance of macroeconomic policies that generate market confidence. At the same time, financial institutions have begun rethinking their corporate strategies, and regulatory authorities are considering how best to manage the risks inherent in an expanding international financial system.

This annual study, a part of the World Economic and Financial Survey series, was prepared by a staff team from the IMF’s Exchange and Trade Relations and Research Departments. It provides a detailed overview of recent developments in international capital markets and their implications for the developing country debt problem.

dots (…) indicate that data are not available;

a dash (—) indicates that the figure is zero or less than half the final digit shown, or that the item does not exist;

a comma (,) separates thousands and millions;

a colon (:) is used between a year and the number indicating a quarter within that year (for example, 1988:2)

components of tables may not add to totals shown because of rounding. 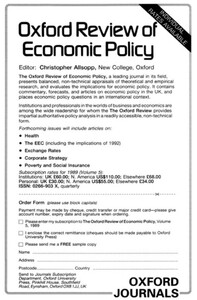