China and India are the star growth performers among the world’s major economies and, as the IMF’s Wanda Tseng pointed out at a May 18 book forum hosted by the IMF Institute, “barely a week goes by without an article or a discussion in an international publication about their reform experience, economic performance, and future prospects.”

It is easy to think of the two emerging market powerhouses as more or less similar. Are they? Tseng moderated a panel discussion on a new book she coedited with David Cowen (IMF), India’s and China’s Recent Experience with Reform and Growth. The panelists were Jerald Schiff (IMF), Nicholas Lardy (Institute for International Economics), and Arvind Panagariya (Columbia University).

A major difference in scale

According to Lardy, when most people talk about China and India today, they are missing a sense of the significant difference in scale between the two countries (see table). The two countries are converging in terms of their rates of economic growth because India’s growth has accelerated dramatically in the past 10 years, but China is still “a much bigger economy than India,” he said.

Schiff cautioned, however, that any China-India comparison needs to be put into perspective. A contrast with China “sets the bar very high for India,” but any country that achieved the kind of takeoff in both services and manufacturing that India has would be impressive by any non-China standard.

Is politics a factor?

Bhabani P. Misra, IMF Executive Director for India, Sri Lanka, Bangladesh, and Bhutan, concurred that China’s economy had experienced “fantastic development by any yardstick.” He said that studies comparing the economic performance of India and China do not seem to have adequately analyzed the role played by India’s democratic system of government—with its dialogue, debate, and consensus building—in the relative speed and nature of growth. He wondered if this could be a significant factor in the striking differences in the relative performance of India and China.

Lardy, suggesting there had been “much more change in the nature of governance in China than is commonly recognized,” cited an early 1990s administrative law allowing citizens to sue the government. Indeed, thousands have subsequently sued, won, and received compensation, he said.

Has politics been a factor in India’s relatively slower growth? Does development take longer in a democracy? Panagariya underscored that it takes longer to build consensus and introduce new policies in India. He argued, how-ever, that “it is worth having democracy.” The future, he said, will show the extent to which “the PC [personal computer] and the CP [communist party] will come together and be compatible.”

In the long run, Panagariya said, China will have to transition to democracy, and India may come out ahead. He also warned against overemphasizing the inconsistencies of India’s political regime. India has brought about slow reforms and done well, he said, and should now focus on policies that are politically feasible.

The IMF Survey (ISSN 0047-083X) is published in English, French, and Spanish by the IMF 22 times a year, plus IMF in Focus. Opinions and materials in the IMF Survey do not necessarily reflect official views of the IMF. Any maps used are for the convenience of readers, based on National Geographic’s Atlas of the World, Sixth Edition; the denominations used and the boundaries shown do not imply any judgment by the IMF on the legal status of any territory or any endorsement or acceptance of such boundaries. Text from the IMF Survey may be reprinted, with due credit given, but photographs and illustrations cannot be reproduced in any form. Address editorial correspondence to Current Publications Division, Room 7-106, IMF, Washington, DC 20431 U.S.A.

The IMF Survey is mailed first class in Canada, Mexico, and the United States, and by airspeed elsewhere.

A difference even among giants 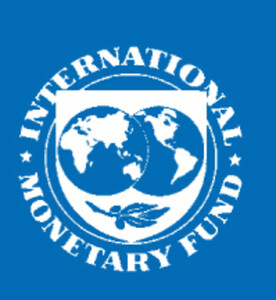