In 2003, the IMF began a campaign to raise public awareness of the importance of high-quality statistics and the role of the General Data Dissemination System (GDDS) in developing national statistical systems. Wipada Soonthornsima, Chief of the IMF’s General Data Dissemination System Unit, reports here on the impact of National Awareness Seminars in Anglophone Africa.

It is difficult to overemphasize how critical reliable data are, Immanuel Ngatizeko, Director General of National Planning Commission of Namibia, observed at a December 10 National Awareness Seminar in Windhoek. Statistics, he said, speak all languages, affect all policies, and touch all aspects of people’s lives. Policymakers are particularly indebted to timely, high-quality statistics, he added, to help guide their work, assess the impact of their policies, and change direction when needed.

It was just this sense of the power of high-quality data that prompted the IMF’s Statistics Department to launch an outreach effort to raise public awareness of the role of statistics and spotlight the contribution of the GDDS in developing effective national statistical systems. The National Awareness Seminars also encourage the public to secure the information it needs to better understand and evaluate government performance.

Promotion of statistical information lies at the heart of the GDDS and its goals of helping participating countries meet international standards and disseminate timely and reliable economic, financial, and sociode-mographic data to the public.

Statistics, particularly in developing countries, often do not receive the recognition and the priority they deserve. As a first step toward remedying this, the IMF and the World Bank, with the financial support of the United Kingdom’s Department for International Development (DFID), helped countries launch a series of awareness seminars under the GDDS project for Anglophone Africa in May 2003. To date, seminars have been held in seven countries: Botswana, Kenya, Namibia, Sierra Leone, Sudan, Swaziland, and Zambia.

The most recent seminar took place in Windhoek, under the joint sponsorship of the Central Bureau of Statistics and the Bank of Namibia. It featured a progress report on the country’s efforts to strengthen its statistics, as well as discussions on the role of the GDDS in statistical capacity building and poverty reduction, and IMF initiatives in statistical work programs. As is typical ofthe series, the day-long event brought together a wide range of participants—producers and users of economic and sociodemographic statistics from government agencies, academia, the private sector, donor agencies, international organizations, the media, and the public at large—to discuss steps to improve the quality of statistics, broaden the availability of statistics to the public, and foster closer cooperation between producers and users.

The Windhoek session was unique in the seminar series in including GDDS coordinators from 12 of the 14 countries involved in the project. In separate workshops on December 9 and 11, coordinators exchanged views and shared experiences on the role of the GDDS in national statistical systems and in technical assistance efforts.

As reflected in the theme of Kenya’s GDDS awareness seminar in July 2003—”If you can’t measure, you can’t manage it”—good data can have wide-ranging benefits, including more effective management and greater accountability. Indeed, participation in the GDDS can demonstrate not only a government’s commitment to better statistics but also its desire for increased transparency. A well-informed public can hold governments accountable for policies and results.

The GDDS, as Ngatizeko pointed out in remarks to the Windhoek gathering, can also play an important role in enhancing foreign investment, which can be a critical element in economic development and poverty reduction. The GDDS metadata disseminate statistical information to a global audience and allow investors to assess the quality of available data as they make investment decisions.

GDDS is a powerful tool for statistical development

The General Data Dissemination System (GDDS) is designed to provide countries with a comprehensive framework for developing a statistical system. It facilitates the assessment of the current state of economic and socio-demographic statistics, identifies weaknesses, sets plans for addressing these weaknesses systematically within a time frame, and explicitly identifies any technical assistance that may be needed.

Countries, in turn, use the GDDS metadata to enhance the development, implementation, and coordination of technical assistance. With up-to-date information, the metadata also act as a planning and monitoring tool. And, in the context of the World Bank’s Statistics Capacity Building (StatCap) lending program, the GDDS metadata contribute to the process of assessment, strategic planning, and coordination of statistical programs across agencies and donors; implementation; reporting; and evaluation.

Participation in the GDDS has increased steadily. In May 2000, the first 7 countries posted metadata on the IMF’s website (http://www.dsbb.imf.org); at present, 66 countries do so (excluding 3 GDDS participants that now subscribe to the next level—the Special Data Dissemination Standard).

For countries intent on reducing poverty in the context of a program supported by the IMF’s Poverty Reduction and Growth Facility, the GDDS can play a key role in helping identify the data needed and monitoring progress. Namibia, Ngatizeko said, is finalizing its national development goals—Vision 2030—and high-quality, timely, comprehensive, and reliable statistics will be needed to track the realization of these aspirations and measure progress toward achieving the UN Millennium Development Goals.

Statistics can help strengthen policy debates and improve implementation strategies. Making relevant statistics available to the public also allows it to have a greater say in developing the country’s poverty reduction strategy paper (PRSP). And the PRSP, in turn, can provide a framework for developing and disseminating relevant statistics for Millennium Development Goal indicators (see box, page 43), policy benchmarks, and monitoring.

Millennium Development Goals and the GDDS

The awareness seminar held in Sierra Leone in November 2003 recognized the GDDS as integral for the development of national statistical strategies and strengthened statistical capacity in support of the data requirements of the PRSP, the initiatives of the New Partnership for Africa’s Development, and the Millennium Development Goals. Kona C. Koroma, Development Secretary in Sierra Leone’s Ministry of Development and Economic Planning, noted that her nation stands to benefit immensely from the GDDS initiative. Its efforts to fight poverty and promote better lives for its people would be more effective if the authorities had access to better statistics. But she also recognized that producing quality data, achieving proper governance, and managing the statistical system effectively represent enormous challenges for Sierra Leone. And Mohamed Sampha Fofanah, the country’s Deputy Central Bank Governor, added that the GDDS is especially important for countries like Sierra Leone that have just emerged from a devastating civil war and need to rebuild their statistical systems.

Many participants saw these seminars as a means of bridging the considerable gap between producers and users of statistics and as a way of providing up-to-date information on statistical methodologies and dissemination techniques. Clearly, too, the public appreciated having direct contact with official statistical producers and being able to express their views on the quality of statistics. Indeed, the seminars’ questionnaires provided data to producers who have not yet established explicit means of gauging the usefulness of their statistics and gave them a basis for soliciting more regular and formal feedback from users. The seminars also allowed producers and potential technical assistance donors to exchange views.

Overall, the GDDS campaign has proved effective in raising public awareness of the importance of statistics, motivating the public to exercise its right to information, and generating increased public appreciation of government commitment to transparency and accountability. Experience from the first round of seminars will now feed into a number of enhancements, notably more emphasis on an appropriate mix of participants from the private and public sectors; content geared to the interests of the various groups and delivered at the appropriate level of technical detail; inclusion of a broader range of perspectives, with more presentations, in particular from nongovernmental sectors; and greater attention to the vital role of media in raising awareness.

There have also been suggestions that future seminars include a larger number of senior policymakers and parliamentarians, that there be greater consultation with users, that the GDDS be extended to a wider range of data categories, and that consideration be given to organizing these sessions for other countries. The IMF’s Statistics Department stands ready to assist member countries by providing relevant information for such seminars. Ultimately, however, it will be for the countries themselves to take the steps needed to utilize the GDDS and its metadata to the fullest. 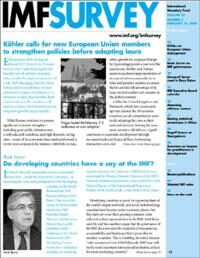