In his latest book, The Future of Money, Eswar Prasad describes how digital currencies and other financial technologies are reshaping everything from consumer banking to monetary policy and international payments. In a conversation with F&D’s Chris Wellisz, the Cornell University professor lays out the advantages and perils of the new forms of money.

F&D: Is cash destined to wither away?

ESWAR PRASAD: The convenience of digital payments to both consumers and businesses makes it highly unlikely that cash will survive much longer. In China there are two private payment providers, Alipay and WeChat Pay, that have blanketed the entire Chinese economy with very low-cost digital payments. You can use those for something as simple as buying, say, a piece of fruit or a couple of dumplings from a street vendor. In advanced economies like Sweden, the private sector is doing an equally good job of providing very low-cost digital payments.

F&D: Is it likely that cryptocurrencies like Bitcoin will be used to buy a cup of coffee or pay the rent?

EP: Bitcoin has not worked very well as a medium of exchange that can be used for day-to-day transactions. One main reason is that Bitcoin has very unstable value. It’s as though you took a bitcoin in with you to a coffee shop, and one day you could buy a whole meal with it and on another day just get a small cup of coffee. In addition, Bitcoin is somewhat slow and cumbersome to use.

F&D: Is there a solution to the problem of volatility?

EP: There are new cryptocurrencies called “stable-coins” that get their stable value essentially by being backed up by stores of fat currency, such as US dollars or euros. They basically become linked to the value of those currencies, and they can then be used to make both domestic payments and payments across national borders more effectively and efficiently.

F&D: You explain in your book how stablecoins may not be as stable as they seem. What risks do they pose?

F&D: Are there other risks?

EP: There are concerns that stablecoins, unless they are closely regulated, might become conduits for illicit financing of various sorts of activities, both within and across national borders. And the additional difficulty, of course, is that cryptocurrencies, including Bitcoin, know no borders. For a country by itself to effectively regulate these cryptocurrencies is going to be hard. We’ll have to undertake some sort of global coordination in terms of these regulatory policies.

F&D: Some countries are considering the adoption of a so-called central bank digital currency (CBDC). What is the rationale? EP: For some developing countries, the objective is that of broadening financial inclusion. There are many people in those countries who don’t have access to digital payments. They don’t have access to basic banking products and services. In countries like Sweden, where most people do have access to bank accounts, the imperative is a little different. The Swedish central bank, the Riksbank, envisions the e-krona, or the digital krona, as essentially a backstop to the private payment infrastructure.

F&D: How about China?

EP: The Chinese government is very concerned about two payment providers that have come to dominate the payment system and are blocking effectively the entry of new competitors who could provide innovations. The Chinese central bank views a digital yuan as essentially a complement to the existing payment systems, but one that could in principle increase the amount of competition.

F&D: How does a digital currency affect the ability of a central bank to control inflation and ensure full employment? EP: Let’s say all American citizens had, in effect, an account with the Federal Reserve, then it would be a lot easier for the Fed to undertake certain operations such as stimulus payments. When the pandemic hit, the initial coronavirus stimulus bill involved a large amount of money being transferred to American households. Many households that had direct deposit information on file with the Internal Revenue Service were able to get direct deposits to their bank accounts, but households that did not have that information on file with the IRS ended up getting prepaid debit cards or checks, many of which were lost in the mail, and some of which were misappropriated or mutilated.

F&D: Could central bank digital currencies be used to fight tax evasion and other crimes? EP: If you cannot use cash to pay your gardener or babysitter, it’s much more likely that those payments will get reported to the government. And especially for large-value transactions, that will certainly make a difference in terms of tax revenues. Having digital money also reduces the use of cash for illicit transactions, say for drug trafcking or money laundering.

F&D: Are there risks for private sector banks and payment providers?

EP: If the government is in effect providing a very low-cost digital payment system, that might make it very difficult for private payment providers to continue their services because after all, what private corporation can compete with the deep pockets of the government? There is another risk, which is that commercial banks, which are very important in modern economies in terms of providing credit that fuels economic activity, might find that their deposits are being swept away into central bank accounts. In troubled times depositors might feel that ultimately their deposits are going to be safer with the central bank or other government institution compared to a commercial bank, even if the commercial bank deposits are insured.

F&D: Is there a solution to that problem?

EP: The experiments with CBDCs that are underway in China and Sweden are suggesting that what might work more efficiently is a dual-tier system of CBDCs. The central bank would provide the underlying payment infrastructure and provide the CBDC essentially in the form of digital tokens, but the actual digital wallets in which those CBDCs are held would be maintained by the commercial banks.

F&D: What are the challenges facing emerging market and developing economies, which depend heavily on cross-border trade and investment?

EP: Friction-free international payments could certainly benefit importers and exporters. It could make it easier for them to conduct international trade transactions. But there are some risks as well. The more conduits you have for the international flow of capital, the harder it will be to manage those capital flows.

F&D: What are the challenges for central banks in emerging markets?

EP: We are soon going to be moving to a world where we will have global access to digital versions of the dollar or the Chinese renminbi and many of the other major currencies. It is also likely that many megacorporations with worldwide reach, such as Amazon, could start issuing their own stablecoins.

So if you think about small economies, or economies that have central banks or currencies that are not very credible, one can easily see those currencies being swept away by other currencies, either official or private, that citizens of these countries trust a lot more than their own currencies.

F&D: Do you see a digital yuan threatening the dollar’s dominant position as a global currency by virtue of China’s status as a fast-growing world economy?

EP: It’s not just the economic size or the size of the financial markets of a country issuing a particular currency, but also the institutional framework in that country that maintains the trust of foreign investors. And these elements of trust include the rule of law, an independent central bank, and an institutionalized system of checks and balances. In all these dimensions, I think the US still retains a dominance relative to much of the rest of the world.

F&D: The Federal Reserve has a cautious attitude toward CBDCs. Why?

EP: One needs to think about what the user case really is for the CBDC in each country, and in the US certainly we have issues with our payment systems. A lot of payments are intermediated through credit cards, which are actually quite expensive for merchants to use because of the very high interchange fees. And many of those costs are passed on to consumers. About 5 percent of households in the US are still unbanked or underbanked. So you and I can use Apple Pay, but to use Apple Pay, we need to have that linked to a bank account or a credit card, and many households simply don’t have access to that. So a CBDC might at the margin increase financial inclusion, but the Fed already has a major project underway called “FedNow” to increase the efficiency of both retail payments as well as wholesale payments; that is, payments among businesses and financial institutions.

EP: You could see an authoritarian government using a digital version of its central bank money essentially to surveil its population. And even a benevolent government might decide that it wants to make sure that the money its central bank issues not only is not used for illicit purposes, but is also not used for purposes it might regard as not necessarily socially beneficial. You might well start seeing money being used as an instrument not just of economic policy, but potentially even social policy. That would be dangerous for the credibility of central bank money and for central banks themselves. FD 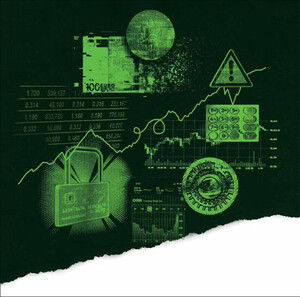