TWO THOUSAND YEARS AGO when the emperors of China began building a great wall to defend their domain from fearsome warriors from the steppes, they paid for it in part through a tax on salt. The Chinese salt tax, which dates back to the third century BC, is one of the world’s earliest examples of a tax on a consumer good.

These taxes trace their often turbulent history through excises on tea and tobacco to the more widely applied turnover taxes of the 20th century. Today’s modern equivalent is the value-added tax, or VAT. It has become a major source of revenue for the more than 160 countries that impose it, raising, on average, over 30 percent of their total tax take. (A notable exception is the United States, which doesn’t have a VAT.) As a share of GDP, it brings in between 4 percent in low-income developing countries and more than 7 percent in advanced economies. As such a visible source of revenue, VAT has attracted all sorts of criticism, sometimes fair, sometimes not, as it is often poorly understood.

Whenever we buy something in a store, we can see on the receipt that VAT is added to the net sale price. However, VAT is not levied only on sales to final consumers: it also applies to all preceding transactions in the supply chain between businesses, reminiscent of a turnover tax. Without adjustment, this would cause cascading of taxes (payment of tax on tax), which creates major economic distortions.

To avoid this, VAT uses a crediting mechanism, whereby businesses have the right to credit VAT paid on their business inputs (input VAT) against the VAT collected on their sales (output VAT). VAT thus sticks only with final consumers.

When the store remits the VAT collected from us to the local tax authority, it can use the $0.20 input VAT—as shown in its purchase invoice—as a credit. This leaves the store with an obligation to remit only $0.05 to the tax authority. The factory will, in turn, remit $0.20 in VAT, unless it purchased milk from a farmer that charged VAT on its sale, which could then similarly be credited.

This principle of charging and crediting stretches along the entire supply chain. Ultimately, the state receives $0.25 from the yogurt sale, but a small portion of this amount is remitted sequentially at each stage of the supply chain. All businesses thus act as collection agents for the state.

This may seem cumbersome, but collecting tax along the supply chain is the key attraction of the VAT: it fosters voluntary compliance as each business has an incentive to receive an invoice from a seller so that it can claim the VAT credit on its purchases. This built-in self-enforcement mechanism reduces the risk of tax evasion.

Overall, VAT has withstood globalization, and its revenue share has risen in recent decades.

VAT is imposed on a destination basis—that is, where the consumer resides. This is done by using a border adjustment mechanism that includes imports but excludes exports from the VAT base (by applying a zero rate on export sales). This ensures that all and only domestic consumption is taxed, regardless of whether goods and services are purchased in the domestic market or abroad.

The VAT’s credit-invoice mechanism does, however, create a need for tax administrations to provide refunds, especially to exporting businesses, which have significant input tax credits. These refunds are often difficult to manage in developing economies. However, not paying them can create cash flow problems for businesses and deter investment.

The ideal VAT system has a broad base comprising all final consumption and a single rate of tax, usually between 15 and 20 percent. This means consumers have no incentive to shift consumption to more lightly taxed goods and services that would be less enjoyable to them. The only distortion is between goods and services purchased on the formal market and informal home-produced goods and services. Yet there is little that redesign of VAT can do to mitigate this.

Objectives other than raising revenue are ill-served by VAT concessions. For example, seeking to support poor households by exempting food from VAT can cost significant revenue. After all, the rich also purchase food—and often much more of it. The poor could be supported more efficiently by a combination of progressive income taxes and cash transfers. Similarly, regulating behavior such as drinking, smoking, and polluting is not well achieved by differentiating VAT rates; it is better to use dedicated excises applied to alcohol, tobacco, and emissions.

Most VATs are far from the textbook design. Countries often employ a variety of reduced rates, exemptions, and special programs. Some are intended to make it simpler to administer the tax. For example, many countries use a minimum registration threshold based on turnover to exempt micro businesses from VAT and its associated cost of compliance and administration. Most exemptions and reduced rates are adopted to improve the distributional impact of VAT, but they undermine the core objective of raising revenue, both directly and indirectly, by increasing the cost of collection and often facilitating fraud. Reforms to eliminate these VAT concessions have often met with fierce resistance from powerful lobby groups with vested interests.

Countries have on the whole coped well with emerging VAT challenges. For instance, to deal with growing cross-border e-commerce, simplified forms of VAT registration have been introduced for nonresident vendors. To tax the supply of digital services, online platforms have become VAT collectors. New digital technologies may also bring opportunities. For example, blockchain and digital money may in the future provide tax administrations with information about transactions along the full supply chain, so that multistage VATs are no longer needed. And if these transactions can be linked to information about individuals, consumption taxes could be personalized and compete with personal income tax as an efficient redistributive instrument.

Overall, VAT has withstood globalization, and its revenue share has risen in recent decades. Recent adopters include Angola, Bahrain, Bangladesh, Oman, Saudi Arabia, Suriname, and the United Arab Emirates; Bhutan, Kuwait, Liberia, Qatar, and Timor-Leste are planning to introduce it soon. Whether in current or revised form, VAT’s future as an important revenue-raising instrument is assured. FD

RUUD DE MOOIJ is an assistant director and ARTUR SWISTAK 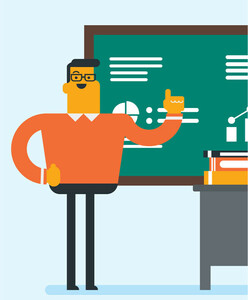