On Christmas Day 2021 Italian Prime Minister Mario Draghi and French President Emmanuel Macron published an op-ed in the Financial Times on the need to reform the EU’s fiscal rules. Their tone was upbeat: the pandemic was well managed (from a macroeconomic standpoint) and debt-to-GDP ratios were no longer growing. At the same time, they made the case that large-scale investment, some of it public, must be mobilized to face existential challenges, such as climate change and pandemics. It is hard not to agree with that. Moreover, government indebtedness must be brought down—but not through higher taxes, cuts in social spending, or fiscal adjustment. They singled out growth-enhancing structural reforms as a solution, as well as new and better fiscal rules, that would not stand in the way of investment. Well, it does not seem to add up.

The old Maastricht rules were deemed obscure and complex. Now pause here. As far as I can remember, these rules, long abandoned, for the most part just demanded a debt-to-GDP ratio below 60 percent and a nominal public deficit of no more than 3 percent of GDP. At the time, the idea was that countries would stay below these limits, so they would have some room to maneuver should the need arise. It was not to be. By 2019 France’s debt ratio was 98 percent, and Italy’s was 135 percent. Post-pandemic, they are now about 20 percentage points higher. The 3 percent ceiling for budget deficits was, for the most part, treated as a floor.

What made all this possible? Santa Claus stopped by 30 years ago when Maastricht was signed and dropped through the chimney the most amazing run of declining interest rates: 10-year Bund yields were then above 6 percent; now they are near zero. Spreads on Italian bonds versus Bunds have acted up here and there but are now at 136 basis points (a neighborhood effect, no doubt). France’s spreads to Germany remain very low, despite a debt ratio 43 percentage points higher. The old fiscal rules have long been dead. We might as well design new ones.

In the meantime, while emerging market economies have benefited from abundant global liquidity, or should have, their overall experience has not been quite as good. Not having access to as much financing even in domestic currency (a welcome change relative to the 1980s), they have piled up less debt than their advanced counterparts. The most recent IMF Fiscal Monitor tells us that general government debt in emerging market economies now averages 64 percent of GDP, just over half the 122 percent level of advanced economies.

Brazil is on the high end of the emerging market debt ratio range at 83 percent. Fiscal slippage began in the late ‘00s. The overall swing in the primary balance from surplus to deficit reached nearly 6 percentage points of GDP after the massive fiscal collapse of 2014. Since 2015 Brazil has run primary deficits. Unlike in advanced economies, where interest rates have been in negative territory in real terms for over a decade, in Brazil 10-year inflation-linked government bonds yield over 5 percent (a 6 percent difference over US Treasury Inflation-Protected Securities). Nominal 10-year paper yields more than 10 percent, an even wider spread versus Treasuries. Combined with very low per capita growth, this makes for ominous debt dynamics. From a low of 53 percent in 2014, the debt ratio peaked at 89 percent in 2020. It is now at 83 percent, thanks to recession-driven low interest rates and unexpectedly high inflation. Now interest rates are back up, and the debt ratio will resume its upward and unsustainable climb.

The recent fiscal history of Brazil is worth reviewing. After major reforms in the 1990s, including a restructuring of state finances and a then widely admired fiscal responsibility law enacted in 2000, Brazil’s finances seemed healthy and sustainable (though the government spending ratio kept on growing). Success did not last long. A postmortem of the fiscal responsibility law’s demise is yet to be written, but the fact is, it no longer bites. Since then, a freeze on government expenditures in real terms was added to the constitution, but that too is now full of holes. Confidence in the fiscal regime is all but gone, and Brazil too is badly in need of a new one.

The IMF’s most recent Fiscal Monitor presents three desirable features for a fiscal framework: “(1) sustainability of public finances; (2) stabilization of the economy through countercyclical fiscal policy, when appropriate; and (3) for fiscal rules in particular, simplicity.” It also mentions resilience, which I would upgrade to number four on the list of priorities.

In a recent op-ed, I proposed the following pillars for a new fiscal regime for Brazil:

These pillars would deliver the four features recommended by the IMF. As it happens, they would serve the advanced economies as well. The key parameters, such as debt spreads and growth, differ across nations, but the same logic applies to all.

The debt-ratio target of pillar 1 is quite subjective. It depends on several economic, political, institutional, and historical factors. Therefore, targets in pillars 1 and 2 should be periodically revised, but not too frequently and at preannounced dates, in order to minimize short-term political temptations.

The success or failure of a country’s macroeconomic regime can be reasonably measured by the cost of funding its long-term debt. However, even when interest rates are low, one must not forget that markets are prone to booms and busts. As Benjamin Graham (Warren Buffett’s mentor) famously said, “Mr. Market is a manic-depressive,” so blind faith in it is poor risk management. Thus, current ultra-low interest rates in the advanced economies ought not to be taken as permanent. In this context, I believe the adaptive reaction function of pillar 3 is the most important of the four.

A fiscal regime like the one sketched here would, if properly managed, provide a resilient and possibly durable anchor for both advanced and emerging market economies. FD

ARMINIO FRAGA is a co-founder of Gávea Investimentos and a former president of the Central Bank of Brazil. 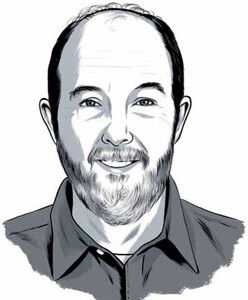