The authors provide a masterful analysis of the monetary policy challenges this young institution faced in its first two, unusually eventful and crisis-prone, decades and how it grappled with a monetary union still in the making. Most are familiar with President Mario Draghi’s 2012 “whatever it takes” dictum, which addressed the existential threat to the euro, but few will be aware of the ECB’s behind-the-scenes effort in pushing early for the creation of the European Stability Mechanism, which made its (never used) Outright Monetary Transaction instrument effective in resolving the euro area crisis. The ECB also takes credit for the creation of a unified banking supervision system that reduced fragmentation and made its monetary policy more effective across the monetary union.

The array of instruments the ECB uses—negative interest rates, asset purchases, subsidized loans to banks for onlending, and forward guidance on policy rates—typically begs the question of why its strategy is more complex than that of other central banks. This book provides strong empirical evidence on the complementarity between these instruments in delivering an accommodative monetary stance, and especially how these instruments together contain pressure on longer-term borrowing costs. Detractors will, of course, point to other central banks that achieve similar outcomes with a smaller arsenal. That may, however, miss the important nuance that the ECB is operating in a currency union with very diverse financial imbalances among sovereigns and banks across the euro area. Low interest rates would not be evenly transmitted to the entire euro area if the ECB did not subsidize lending to weaker banks.

Monetary Policy in Times of Crisis: A Tale of Two Decades of the European Central Bank

The ECB’s continued difficulty meeting its price stability objective remains a concern and argues for continuing its accommodative stance. But here, too, the analysis is persuasive in showing that using this array of instruments has stemmed the decline in longer-term inflation expectations. In other words, the counterfactual would have been worse.

Tough the analysis in this book covers the period to the end of 2018, the authors make a convincing case that the policy tools developed over the past decade have been instrumental in enabling the ECB to respond quickly and forcefully to the COVID-19 pandemic. The wealth of analysis here will appeal to a much wider audience than just the experts. FD

HISTORY IS A CONFLUENCE of underlying forces and specific triggering events. Think of the start of World War I: economic, imperial, and nationalistic tensions that had simmered for years exploded into open conflict when Archduke Franz Ferdinand’s motorcade took a wrong turn, putting him in the path of an assassin’s bullet. Less dramatic—but for international economists and officials at the time, no less momentous—was the collapse of the Bretton Woods system of fixed exchange rates in the early 1970s. While much has been written about the flaws of that system and the forces that made its demise inevitable, far less is known about the event that triggered that demise—President Richard Nixon’s decision to close the “gold window” on August 15, 1971. Jeffrey E. Garten’s superb account in Tree Days at Camp David fills this gap.

Three Days at Camp David: How a Secret Meeting in 1971 Transformed the Global Economy

When Bretton Woods was established, the United States promised to provide gold, on demand, in exchange for dollars accruing in foreign central banks. As the country ran balance of payments deficits during the 1960s, however, it began to deplete its gold stock. With US monetary gold falling to $10 billion (against $40 billion in liabilities), the situation became dire—prompting Nixon to summon his leading financial officials to a meeting at Camp David, the presidential retreat, over the weekend of August 13–15, 1971.

We meet key players—Nixon, Arthur Burns, John Connolly, Paul Volcker, George Shultz, and others—whose backgrounds, personalities, and preoccupations greatly influenced the outcomes at Camp David. Burns and Volcker worried about how foreign officials would react to closing the gold window. Connolly argued that doing so would help bludgeon the surplus countries into revaluing their currencies. Shultz, a student of Milton Friedman, favored floating exchange rates, which would make the whole issue moot, while Nixon cared less about foreign central bankers and worried only about the reaction of the American public.

Garten gives a detailed account of the discussions, chronicling how politician Nixon transformed the dominant narrative about shuttering the gold window: from a mea culpa that acknowledged the United States’ lax policies and abrogation of its international responsibilities, to one that proclaimed a triumphant fresh start for its place in the world, which went down well with his domestic audience.

Garten describes the aftermath, the short-lived Smithsonian Agreement, and relays an anecdote illustrating how sensitive officials were to any change in parities. When Connolly pressed the Japanese finance minister to revalue the yen by 17 percent, he refused, on the grounds that a 17 percent revaluation during the interwar period had resulted in the then–finance minister’s assassination. Connolly, who was in the car during President John F. Kennedy’s assassination (and had himself been shot), accepted a 16.9 percent revaluation. (In fact, the Japanese prime minister had pre-authorized up to a 20 percent revaluation.)

It would be trite to say that Garten’s book belongs on every international economist’s bookshelf. It doesn’t. It belongs on their bedside tables as light, but thoroughly enjoyable, reading and a useful reminder that, whatever economic forces might be at play, it is people, personalities, and politics that make history. FD

THE PAST TWO DECADES have been a doozy for economics. In the early 2000s, sophisticated financial markets and deepening global economic integration were touted as achievements of modern economic and financial systems, until the global financial crisis prompted questions about why economists had not foreseen the buildup of tensions and vulnerabilities in financial markets and their consequences. Just over a decade later, COVID-19 called into question the wisdom of tightly integrated and globally distributed production chains. These crises cast doubt on earlier beliefs and fueled existing skepticism about capitalism and economics more broadly.

In Cogs and Monsters: What Economics Is, and What It Should Be, Cambridge economist Diane Coyle examines some of these themes. “Cogs” represent what is (presumably) wrong with economics—the artificial and unrealistic assumption in standard economic models of fully rational agents able to optimize complex objective functions. Analogous to the strange creatures on medieval maps that indicated unknown regions, “monsters” allude to the many changes in the global economy, creating new, uncharted territories that current economics is ill-equipped to navigate.

Coyle presents a long list of cogs. Central among them is the stylized nature of economic models. Economists will be eager to point out that any model, to be useful, must abstract from reality. As Coyle herself notes, a map of the London Underground might be a terrible depiction of what London looks like but is extremely useful for its intended purpose: navigating the Tube. But she does not let economists of the hook so easily, pointing to the excessive “mathiness” of economics, often obscuring underlying assumptions. While this is a valid criticism, her solution of embracing “theoretical ad-hoc-ery” is unlikely to improve the credibility of economic models.

In general, however, Coyle manages to separate genuine criticisms of economics from straw men often built by critics. This is not without building some straw men of her own. For example, she laments the Pareto criterion—that a policy is desirable only if no individual is made worse of—as not useful for policymaking. But most economists do not see it this way. Take trade policy: most would support trade liberalization as a policy creating more gains than losses. The problem here is not that the Pareto criterion is violated, but that policymakers rarely make good on their promise to compensate the losers.

Cogs and Monsters: What Economics Is, and What It Should Be

The author also describes what plagues the profession itself, including entrenched networks preventing fresh ideas, an aggressive debating culture, and a lack of gender and racial diversity. It is a long list, and this means less attention can be devoted to other topics. Coyle convincingly outlines the difficulties the digital economy poses for the measurement of GDP and economic modeling. Missing, however, are some of today’s most pressing issues: What role can and should economic policy play in addressing climate change? How can we make economic growth more inclusive? And what does increasing automation imply for the future of work? Nonetheless, Coyle has persuasively highlighted several important issues the economics profession— in both academia and policy circles—should take to heart. FD 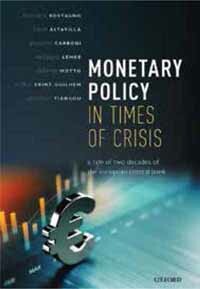 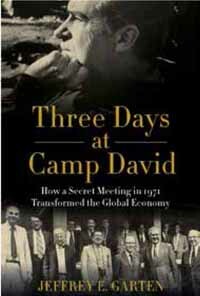 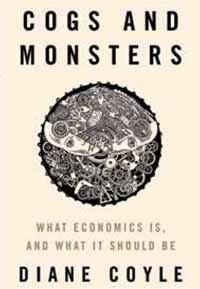