Breathtaking progress in crucial green technologies has brightened prospects for achieving the unprecedented emissions reductions needed to limit global warming to 1.5°C, as envisioned by the Paris climate agreement. But it will take a full restructuring of global energy and land-use systems, with the right mix of policy incentives. Decision-makers can rely on an increasing body of knowledge and experience to encourage the deployment of existing green technologies and speed the development of newer technologies.

Attaining a path toward 1.5°C would not only greatly reduce risks associated with climate change, it would also carry a number of important co-benefits, ranging from improved air quality to the modernization of infrastructure and economies to increased energy sector employment and jobs with better long-term prospects.

Given that carbon dioxide (CO 2 ) emissions remain in the atmosphere for hundreds of years, cumulative emissions of this greenhouse gas largely determine the resultant warming. That means the extent of near-term emissions reductions is more important than the exact year by which we reach zero. Achieving the 1.5°C target with medium likelihood requires emissions to decline immediately. The cheapest way to reach the 1.5°C target entails cutting emissions roughly in half by 2030 compared with 2020 levels.

The first key to these pathways is the electricity sector, which currently contributes roughly a third of total CO emissions (see chart). While electricity generation is still dominated by coal and gas, the addition of new capacity from wind and solar power increasingly outweighs fossil-fuel-based capacity gains.

The pandemic has shown that electricity systems tend to become cleaner with reduced demand, as higher-cost coal and gas power plants get switched off first, while solar, wind, nuclear, and hydro continue to generate as much electricity as can be taken up by the markets (Bertram and others 2021). Clearly, more efficient use of electricity can contribute significantly to swifter emission declines without sacrifcing system capacity. This will be especially valuable in the next decade, when a large share of electricity generation will still come from carbon-intensive fossil fuels.

Increased efficiency in liquid, solid, and gaseous fuel consumption by industry, transportation, and buildings is even more crucial, because gains in efficiency lead to immediate emission reductions.

Limited availability of clean power technology is no longer an impediment to the decarbonization of electricity—solutions for integration are also improving—but the slow phaseout of fossil-fuel-based capacities is. Regulation of greenhouse gas emissions, ideally via some form of carbon pricing, is necessary to shift new investments to green power technology and create incentives for phasing out power plants. If the global community is successful in seizing the opportunity offered by rapid power system decarbonization, the power sector can slash its emissions by more than two-thirds by 2030, as shown in the Net Zero 2050 scenario in the chart.

What about land use and achieving net zero emissions? The land sector currently includes both CO sinks (uses that take carbon out of the atmosphere, such as establishing new forests) and CO2 sources, most notably deforestation but also other land-use processes. Changes in land-use practices could even achieve CO neutrality in that sector by 2030 (though land use—chiefly agriculture—will inevitably continue to contribute to warming through methane and nitrous oxide emissions).

This leaves energy demand from industry, buildings, and transportation as the primary contributors of fossil-fuel-based CO emissions in 2030 and beyond in scenarios in line with the 1.5°C target. In these scenarios, the combined emissions of these sectors would need to be more than halved by 2040 and to reach about a quarter of today’s levels by 2050 in order to achieve carbon neutrality around that date.

Compensating for even this comparatively low level of residual emissions requires a very fast and challenging expansion of CO removal options, such as planting new forests, direct air capture— capturing CO from the atmosphere and then storing it geologically—and bioenergy with carbon capture and storage, or BECCS, technologies that produce clean energy from biomass while also capturing and permanently storing CO.

Many of the technologies required to decarbonize the demand sectors involve direct or indirect electrification via hydrogen-based fuels, such as fuel cell technology and synthetic fuels (Ueckerdt and others 2021). Moreover, these technologies are not yet deployed at scale in markets and will likely face institutional and environmental challenges. Their future performance and costs are thus considerably more uncertain than those of technologies deployed today (for example, renewable energy and battery-electric vehicles).

There are options for realizing a net zero global energy system in which all carbon added to the atmosphere is offset by carbon removed.

This uncertainty implies that there are various options for realizing a net zero global energy system, one in which all carbon added to the atmosphere is offset by carbon removed. If all these options develop more favorably than expected, it may also be possible (and worthwhile) to achieve stronger net negative emissions (removing more carbon than is added), thus lowering global mean temperature after its peak. If some technology options develop faster than expected, while others lag behind, the balance of options may be different than projected, but the overall net zero goal is still achievable. Only if all options develop more slowly than expected—or if unforeseen hurdles or bottlenecks cannot be overcome (for example, bioenergy-related sustainability issues)—would achievement of net zero energy systems be much more difficult than currently projected.

The transformation required to limit global warming to 1.5°C with acceptable likelihood must be comprehensive and rapid to succeed. Nevertheless, with the right mix of policy incentives it can be a relatively orderly process. In fact, an inclusive and just transition that leaves no one behind is a political prerequisite for continued policy support. Policymakers should therefore carefully implement a mix of policies that rely on the right tools.

A central tool for this transition can be a carbon price, implemented either as a permit market like the European Union’s Emissions Trading System or a carbon levy that rises over time. The Network for Greening the Financial System’s “Net Zero 2050” scenarios (NGFS 2021) estimate carbon prices of between $100 and $200 a ton of CO2 in 2030, rising sharply until 2050. However, carbon prices in the long term can be kept lower if auxiliary policies absorb some of the decarbonization burden, as can be seen, for example, in the International Energy Agency’s “Net Zero by 2050” scenario (IEA 2021) in which regulatory policies play a much more prominent role and carbon prices do not exceed $250 until 2050. (The NGFS scenario set, developed in partnership with an academic consortium led by the Potsdam Institute for Climate Impact Research, includes additional high-risk scenarios, but the net zero 2050 scenarios are comparable with IEA’s in most aspects.)

A promising option to foster cooperation between countries is the establishment of climate clubs with differentiated minimum carbon prices.

The chief advantage of carbon pricing is that it can fulfill the role of coordination of effort across sectors (and across countries in the future) to ensure efforts are balanced. Furthermore, it fosters vital regulatory certainty, incentivizes adequate long-term investment, and raises resources that enable governments to implement additional policies that require public funding.

One important component of this tool should be some form of revenue recycling to citizens that makes sure no one is left behind by the transition. Although uniform carbon pricing acts regressively in many countries, responsible revenue redistribution renders it a progressive policy that can foster social cohesion and political support. An additional use for revenue is the support of future-oriented infrastructure projects such as charging stations for electric vehicles. Such projects are a crucial way to foster fedgling markets for technology entrants that fail as a result of lock-in of obsolete infrastructure and technology spillovers.

Some countries are making progress in implementing the agenda for a domestic net zero emissions trajectory by mid-century, but the global picture is still daunting. To overcome the underlying obstacles to collective action—such as distribution problems—international cooperation must undergo a sea change to ensure that all countries can recover from the pandemic on a similar path.

The global South and North have different responsibilities toward this end. A key conclusion from our analysis of 1.5°C scenarios (NGFS 2021) is that this target does not allow for decarbonization on widely varying timetables (Bauer and others 2020). All major countries in transition must realize peak emissions very soon and decline thereafter, and recent power sector developments make that possible from a technology perspective. High-income countries in turn should acknowledge that they owe other countries more support during this transition, not least because of their historical responsibility for climate change. Easier access to technology and financing could help, as would increased direct investment.

A promising option to foster cooperation between countries is the establishment of climate clubs with differentiated minimum carbon prices. Low- and medium-income countries would start with lower floor prices and benefit from some of the revenue generated by higher pricing in high-income countries. Richer countries would, in turn, benefit from the assurance that manufacturing, trade, and emissions would not simply shift to unregulated markets at their expense. This would ensure both the mitigation efficacy of their actions and fair trading conditions. Although implementing such a program is clearly a challenging task for political systems in both groups of countries, the rewards—thriving, modernized economies and healthier, resilient societies—are well worth it. FD

Stephen Bi, Jérôme Hilaire, and Elmar Kriegler also contributed to the research behind this article. 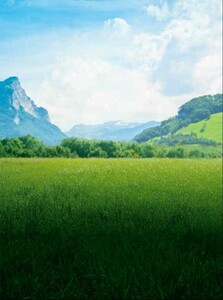 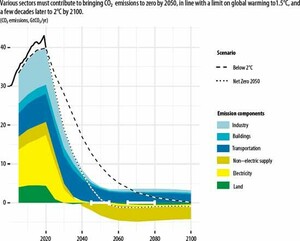