Jump to Content Jump to Main Navigation
Back to Basics: What Is Mitigation vs Adaptation?
Author: International Monetary Fund

To keep from sinking you must address the source of the problem. That means plugging the holes. But what about all the water already rushing in? To stay dry, you grab a bucket and start bailing. To stay afoat and prevent damage to your boat, you need to address both issues simultaneously.

In the face of climate change, humanity must similarly act on two fronts at the same time.

Mitigation efforts require measures to address the underlying problem by slowing or stopping the rise in fossil fuel emissions, which could irreversibly and catastrophically raise the Earth’s temperature. Adaptation is needed to help people and governments withstand and minimize the ravages of climate change that are already here.

Scientists and economists mostly agree on what must happen in the next 30 years to mitigate climate change. The challenge for policymakers, however, is how to incentivize and spread the use of clean technologies to power vehicles and produce electricity and, ultimately, make it less economically advantageous to use fossil fuels.

Reducing carbon emissions from burning fossil fuels like coal, oil, and gas won’t happen without some prodding. Just as you might pick the cheaper of two similar items when shopping, people are less likely to choose fossil fuels with an added environmental cost if cleaner alternatives are cheaper.

Pricing carbon is essentially calculating the cost of releasing another ton of carbon dioxide (CO ) into the air. The use of fossil fuels may create jobs and commerce right now, but they enjoy an implicit subsidy: users don’t have to pay for environmental damages. In economic terms this is known as a “market failure” in which the price of a good or service doesn’t fully reflect all the costs.

When a power company is deciding between investing in a new wind farm or a coal-fired power plant, the decision should take into account the cost of pollution on top of the costs of both technologies.

To correct this failure, policymakers have started to rely on two major ways to price carbon:

Carbon tax: This sets a direct tax on coal, oil products, natural gas, and other fossil fuels in proportion to their carbon content. The tax is passed from suppliers to consumers in the form of higher prices for electricity, gasoline, heating oil, and other products and services that rely on fossil fuels.

The best form of carbon pricing depends on a country’s individual circumstances, but a carbon tax has been identified as the most effective way to change behavior. Carbon taxes are appealing because they can be added to existing taxes on gasoline and other fuels and can help countries meet pledges to reduce emissions under the 2015 Paris Agreement. They can also provide an additional revenue stream for governments, allowing them to cut burdensome taxes or fund development.

Beyond direct carbon pricing, regulatory measures can minimize carbon emissions. Governments can set what’s called a renewable portfolio standard, which mandates production of a certain amount of energy from renewable sources like wind and solar, among others.

Carbon pricing, however, has an advantage over regulatory approaches because it forces a more rapid and broader behavioral shift in both the type and amount of energy used. To save money, electricity providers, manufacturers, and consumers will seek cleaner, lower-cost energy sources; adopt more efficient technologies; and reduce their demand for energy.

The ultimate goal is to reduce emissions enough to limit global warming to 1.5°C– 2°C above pre-industrial levels—the point of likely irreversible changes in sea level rise, extreme weather, availability of water, and other significant shifts.

An international carbon price floor is increasingly viewed as the way to get the world’s largest CO2 emitters to reduce emissions enough to keep global warming below the 2°C target. Concerted action can allay concerns that one country’s energy-intensive or trade-exposed sectors will be less competitive or that companies will fee to countries where there are lower or no carbon prices.

The IMF has found that it will take a $75 a ton price on CO2 worldwide by 2030 to limit warming to 2°C. The world has far to go. Four-fifths of global emissions are not priced, and the global average emissions price is only $3 a ton.

There’s a reason for slow action: such measures have costs both in real terms and in political decision-making. At $75 a ton, over 10 years electricity prices would rise, on average, by 45 percent and gasoline prices by 15 percent.

Pursuing a just transition is vital. The revenue raised through carbon taxes will be necessary to compensate low-income households that struggle to afford higher energy costs and to support people who currently rely on coal, petroleum, and other fossil fuels for their livelihoods.

Yet the world is already facing increasingly severe weather. This is taking a toll on government budgets worldwide but especially in poorer countries that already struggle to provide basic services.

Adaptation can take many forms beyond direct government financing of infrastructure. It involves encouraging the private sector to adapt, social protection after disasters, and a holistic strategy for budgeting and planning that factors in climate change.

Adaptation is smart. Every $ 1 invested in adaptation could yield up to $10 in net economic benefits, depending on the activity, according to a report from the Global Commission on Adaptation.

The benefits of adaptation measures are obvious and save money in the long run, but they require up-front costs that are a struggle for many developing economies.

Some are caught in a vicious circle: limited fiscal space hinders their ability to adapt to climate change, and worsening climate shocks raise their risk premiums, increasing the cost of borrowing in global financial markets. When debt costs are higher, adaptation measures are less feasible.

Helping countries sustainably finance these investments is critical for adaptation and will help public finances in long run. Reducing climate vulnerability by investing in resilience can put a lid on climate risk premiums.

But there’s still too little climate financing available to prevent this destructive cycle. Financing for adaptation totaled $30 billion on average annually in 2017 and 2018. Annual adaptation costs in developing economies alone are currently estimated at close to $70 billion and are expected to rise to $140–$300 billion by 2030.

The world can meet its climate targets, but there’s more work to be done on both mitigation and adaptation. Unlike our metaphorical boat, there is only one Earth: our efforts to keep it afloat are a task of existential proportions. FD

ADAM BEHSUDI is on the staff of Finance & Development. 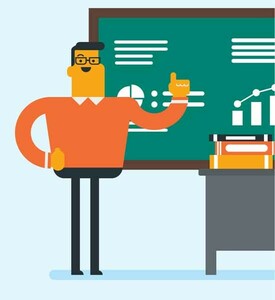