The devastating scenes of destruction that have played out in recent weeks—from record-breaking floods in China to raging fires in Greece—offer a glimpse into what a warmer world looks like. Climate chaos is not inevitable, however. Climate solutions exist, and they are being delivered in countries with the will and leadership to do so.

The countries highlighted here have different goals. In Finland, it’s mitigation. The country has set an ambitious target of becoming carbon neutral by 2035, in part by shifting from plastic, concrete, and steel to wood and bio-based materials through careful forest management.

In Dominica, a Caribbean island on the front lines of the war on climate change, adaptation is the priority. Storms regularly batter the island and climate change will inevitably increase both the frequency and intensity of those storms. The country is determined to become the first climate-resilient nation by 2030 and is investing heavily to “disaster-proof” its buildings and infrastructure.

In terms of economic size, structure, and output, Finland and Dominica couldn’t be more different. But when it comes to climate change, they both know how much is at stake. They’ve set ambitious targets and are using the cards they’ve been dealt to simultaneously forestall and prepare for the future.

With fires, landslides, and floods raging around the world, the climate crisis demands a sea change in how we live and consume.

One country, Finland, is answering the call in an unexpected way—replacing fossil-based chemicals, key emitters of greenhouse gases, with renewable raw materials such as wood to produce goods, services, and energy.

With 65 percent of its land covered by forests, Finland has wood in abundance. That share is expected to grow, thanks to the country’s Forest Act, which mandates that four trees be planted for every tree harvested.

Environmental benefits abound. Cutting-edge Finnish companies are coming up with new ways to use wood, from the production of clothing to multistory buildings, from packaging to sustainable fuels and even battery production. Products are easy to recycle, biodegradable, and hypoallergenic, and CO can remain stored in cut wood for decades and even centuries.

“Replacing fossil fuels and materials such as plastic or concrete and steel used for building with wood and bio-based materials limits the carbon emissions to the atmosphere,” says Lotta Heikkonen, chief specialist with Finland’s Ministry of Agriculture and Forestry.

“In a circular bioeconomy products are bio-based,” says Timo Heikka, vice president of stakeholder relations at Stora Enso Oyj, a manufacturer of pulp and paper products based in Helsinki. “They are also being shared, reused, remanufactured, and recycled. Finally, they biodegrade or are used for renewable energy. Trees grow back, absorbing CO2, and so the cycle continues.”

While biomass alone can’t replace all the materials produced from fossil and mineral sources, “there will be further opportunities to replace fossil-based raw material components with renewable wood-based ones,” says Chief Technology Officer Jyrki Ovaska with Finnish company UPM, which makes a host of wood-based products ranging from biofluels to biomedical products. “This is where molecular wood-based biochemicals play a key role.”

Finland isn’t new to climate action. The first country to introduce a carbon tax, in 1990, it has since cut greenhouse gas emissions by about a fifth. But its ambitions don’t end there: Finland has set a goal of becoming carbon-neutral by 2035. It plans to do this by deploying electric vehicles, phasing out fossil fuel heating, and creating carbon sinks to absorb and neutralize CO2 emissions.

Although carbon emissions in Finland are already subject to significant pricing, additional measures are needed to achieve the 2035 emissions neutrality goal. The IMF is working with Finland on additional energy pricing and sectoral measures to help bridge the gap.

While Finland’s wood-based approach to climate change may not work for all countries—given climate differences and the trade-offs between agriculture and tree growth—it offers a timely reminder to rethink how we can harness nature to address the global challenge of climate change.

The island nation of Dominica, home to some of the Caribbean’s most breathtaking natural beauty, lies smack in the middle of Hurricane Alley.

Because of its rugged topography, with dense mountain rain forests and nine active volcanoes, most of the country’s 72,000 denizens live along the coast—vulnerable to strong winds, high seas, and landslides.

The situation has become increasingly volatile with the growing frequency and severity of extreme climate events.

In 2017, Category 5 Hurricane Maria ripped a catastrophic path of destruction through the island. Whole communities, government buildings, roads and bridges, and power and water services were damaged or destroyed, resulting in the loss of lives and $1.2 billion in damage in just a few hours.

With growing climate threats looming, Dominica knew it had to adapt. The fallout from the storms “convinced everybody that it was not optional to become a disaster-resilient nation. It was a matter of survival for all Dominicans,” says Alejandro Guerson, IMF mission chief for Dominica.

The enormity of the crisis led to a pivotal shift. After Hurricane Maria, “the task of building back better and becoming a more resilient nation in all aspects became the mantra for the government,” says Denise Edwards, Dominica’s financial secretary.

The question was how. Rebuilding to climate-resilient standards would cost 25 percent more than traditional methods. Even more daunting, the country had just suffered damages totaling 226 percent of GDP. Moreover, benefits materialize only over time, making financing choices difficult.

But the business case was already on display. The airport, inoperable after 2015 Tropical Storm Erika, was up and running a few days after Hurricane Maria, thanks to measures taken to build back better. Likewise, communities rebuilt to new resilience standards were still intact.

“This was proof you could see that we can build infrastructure that can stand up even to the might of a Category 5 hurricane,” says Francine Baron, CEO of the Climate Resilience Execution Agency for Dominica.

The IMF began working with Dominica to understand the probability and intensity of natural disasters, as well as the costs and benefits of building to new standards. Armed with a new framework and strategy, the government launched on a path to become the world’s first nation resilient to hurricanes, earthquakes, and other natural disasters.

Efforts are focused on upgrading and expanding the road network, including making bridges higher to allow for water and debris overflow, building resilience into the housing sector, and upgrading hospitals and health centers. Investments also support resilient agriculture for flood security, education, reforestation, and community preparedness training, among other things.

As a small island state that did not cause global warming, Dominica is suffering the consequences— and the cost of adapting—disproportionately.

“If we want to make a meaningful contribution to helping small states adapt to climate change, then the international community needs to step up,” says Baron.

Indeed, Dominica serves as a beacon for other countries, making smart, tough decisions to protect its people in a world that is changing fast. FD 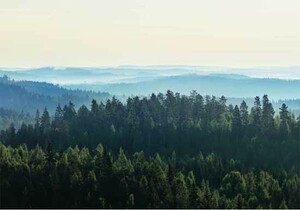 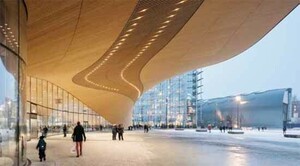 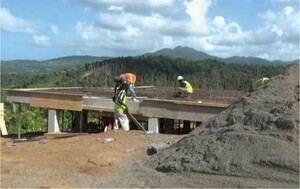 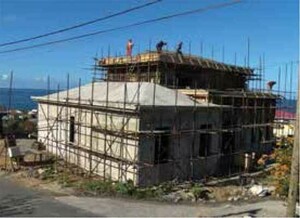