Human beings share 98 percent of their genes with chimpanzees. Yet humans are the dominant species on the planet—founding civilizations, developing languages, learning science, and creating wonderful works of art. American author Jared Diamond argues that the 2 percent difference propels humanity’s success, but also its potential for disaster—with civilizations caught up in internal superiority contests that risk destroying their environment and themselves.

Dutch primatologist and ethnologist Frans De Waal coined the term “chimpanzee politics” when he compared the schmoozing and scheming of chimpanzees involved in power struggles with that of human politicians. Have we really evolved enough to escape “chimpanzee politics” and confront the greatest risk our species has faced?

The design of economic institutions and financial markets should take into account the kind of animal we are, which can help overcome some of the impediments to cooperation. Frans De Waal put it, “Are we a social animal or a selfish animal? Do we respond better when we’re solitary or living in a group? …You should know as much as you can about the human species if you have a hand in designing human society.” This is particularly relevant to cooperation in the face of climate change.

Cooperative behavior can be favored by natural selection if the survival benefits of actor and receiver are positively correlated. The two main ways in which this correlation of payoffs can come about are kinship (when partners share genes by common descent) and reciprocity (when current costs account for the expectation of future benefits).

A growing body of evidence shows that cooperation in animal societies most frequently involves kin (such as the case of two cheetah siblings forming hunting bonds, Figure 1a). Nonkin often cooperate when one or both partners seem likely to gain immediate benefits (for example, two chimpanzees grooming each other, Figure 1b, or remoras hitching a ride on sea turtles, Figure 1c).

In some cases, cooperation between animals can even appear altruistic. Although choosing not to help is typically in an individual’s greatest short-term self-interest, it could mean failure to receive reciprocal help from others in the future. This motivates altruistic behavior when individuals interact repeatedly (a troop of baboons, Figure 1d).

Cognitive constraints limit the ability of many nonhuman species to implement and maintain reciprocally altruistic strategies. Our brains, by contrast, have evolved sufficiently to overcome such cognitive constraints and enter into complex economic and financial trades and elaborate cooperative outcomes. Reciprocal exchanges of resources between nonkin are widespread among humans and often involve considerable time delays between assistance given and received, and extensive opportunities for cheating. In economics, we simply call that “intertemporal trade” (not “altruism”).

When it comes to the global fight against climate change, however, at least four factors hinder cooperation by our species. Since fighting climate change requires cooperation on a truly global scale (between countries at opposite poles of the planet and between current and future generations), the presence of multiple nonkin actors is a significant hurdle. The long time lags between cooperative acts also make it hard for individuals to imagine the potential for reciprocity. Geographic inequality lowers mutual benefits from cooperation. And finally, there are evolutionary limits to our imagination, such as our inability to understand the diversity of belief systems or comprehend the extent of the climate threat.

Good economic institutions and well-designed markets may help break free from the constraints that prevent human cooperation—including by identifying and maximizing correlated payoffs. In this view, the role of economic and financial institutions can be to imagine and design novel ways humans can enter into mutual obligations to cooperate and promote the greater good. Seven insights from evolutionary biology could inform the design of economic institutions and financial markets. The first four pertain to mitigation, the next two to adaptation, and the last to monitoring of key climate risks.

RUCHIR AGARWAL is a senior economist in the IMF’s Office of the Managing Director. 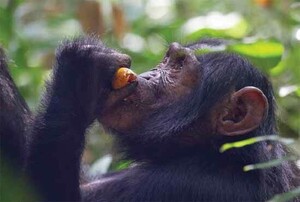 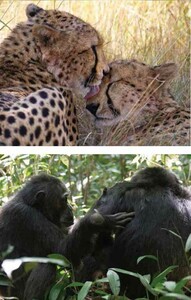 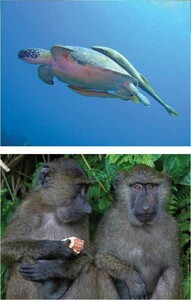