THERE WERE MANY innovations from the Paris Agreement, but three were key.

First, setting the clear objective of less than 2 degrees Celsius warming, with the stretch objective of 1.5 degrees.

Second, the innovation of voluntary country plans (NDCs) that were then objectively added up to assess what would happen if countries met their commitments.

Third, the involvement of the private sector and non-state actors, so that solutions to this enormous problem are bottom up as well as top down.

Since Paris, the concepts of Net Zero, Paris Aligned, and a 1.5 degree target have moved from the climate cognoscenti into the mainstream. Net zero is now an organizing principle that is cascading from the global to the country and the company.

But the climate crisis has not abated. The sobering reality is that the problem of climate change grew after Paris. Last year it was estimated that the world’s temperature would rise above 3 degrees Celsius by the end of the century.

This would cause catastrophic flooding, pollution, wildfres, drought, extreme weather, and destruction of species. We are already seeing the early warnings of this devastation.

Moreover, the scale of what’s required to achieve 1.5 degrees is sinking in: emissions need to fall by 7 percent a year over the course of this decade. Last year, many countries met this high bar, but only because large swaths of the economy were shut down—hardly something to be repeated. This underscores that we must invest and grow to get to net zero.

The UN Climate Change Conference (COP26) will be a watershed for finance. To that end, we are on track to deliver by COP26 the foundations for a system in which every financial decision takes climate change into account.

A financial system for net zero

Markets require information to operate effectively. In Paris, the Task Force on Climate-related Financial Disclosures (TCFD), created by the Financial Stability Board, was just a concept. Tree years ago in Hamburg, the final TCFD recommendations were delivered to Group of Twenty (G20) leaders. Today, virtually the entire financial sector demands TCFD disclosures, and over 2,000 major companies around the world are responding.

Despite these advances, coverage is still limited, and reporting still incomplete, particularly of critical forward-looking metrics. Now it is time for governments around the world to make TCFD disclosures mandatory and support the International Financial Reporting Standards Foundation’s intention to establish a new International Sustainability Standards Board to produce a climate disclosure standard, based on the TCFD. Momentum is building, with strong support at the recent Group of Seven (G7) and G20 meetings.

Better disclosure and a heightened sense of urgency are leading to a transformation of climate risk management. The central banks and supervisors’ Network for Greening the Financial System has, in just a few years, grown from its eight founding members to more than 90 authorities covering over 80 percent of global emissions.

Central banks in countries with 50 percent of global emissions are beginning to conduct climate stress tests of their financial systems. For COP26, our priority is to embed supervisory expectations for climate risk management and ramp up climate stress testing.

Building on the foundations of reporting and risk management, the financial system can look outward, tackling climate change through commitments, alignment, and engagement.

Commitments begin with net zero objectives of countries. These have advanced from 30 percent of emissions when the UK and Italy assumed the COP presidency to over 70 percent today (see chart).

The Glasgow Financial Alliance for Net Zero (GFANZ) was created to meet enormous investment needs that could total over $100 trillion over the next three decades. Bringing together over 250 financial institutions responsible for $80 trillion in assets and anchored in COP s Race to Zero, GFANZ is the gold standard for financial sector commitments to sustainability

By Glasgow, all major financial firms should decide whether they too will be part of this solution to climate change. GFANZ is a big tent, but it will be the only tent in Glasgow.

GFANZ starts with commitments, but its real purpose is climate action through alignment and engagement.

Central banks, notably the European Central Bank and the Bank of England, are setting the tone as they examine how to revise their monetary policy operations to be more consistent with the legislated climate objectives and policies in their jurisdictions.

In a similar vein, the TCFD has conducted an extensive review of methodologies to assess metrics that measure how aligned portfolios are with the net zero transition.

The combination of forward-looking climate disclosure, net zero plans, and portfolio alignment metrics will pull forward investment, especially if there are credible and predictable climate policies from governments, like carbon pricing.

While estimates vary, most suggest that over a trillion dollars in additional investment annually for decades will be needed to build green energy in emerging market and developing economies.

Multilateral development banks are uniquely placed to mobilize private finance, but thus far the results have been modest, with only $11 billion mobilized in 2018. To orchestrate a step change in financing capacity requires four initiatives:

To be clear: companies’ primary responsibility is to reduce absolute emissions. But while on the trajectory to net zero they should use high-integrity credits to compensate for their emissions.

At present, the market for carbon credits is small, fragmented, and of uneven quality. This market could grow to over $150 billion a year and facilitate major cross-border capital flows, as the vast majority of high-emission-reduction projects will be in emerging market and developing economies, with significant potential co-benefits for biodiversity and other UN Sustainable Development Goals.

The private sector Taskforce on Scaling Voluntary Carbon Markets, comprising 250 organizations and led by Bill Winters and Annette Nazareth, recently published its final recommendations on how to develop and rapidly scale a professional, global carbon market with the highest integrity, transparency, and credibility. The taskforce is working alongside other endeavors, like the Voluntary Carbon Markets (VCM) Integrity Initiative, to ensure the VCM finances meaningful, additional climate action.

Moving from blueprint to build is the next step. Two of the worlds largest financial centers—London and Singapore—are already stepping up to implement the recommendations and to maximize our very limited carbon budget. On these foundations of a new sustainable financial system, we can align the trillions of dollars of capital needed for companies and projects across all economies to secure a net zero future for the world. FD

MARK CARNEY is the UN special envoy for climate action and finance. 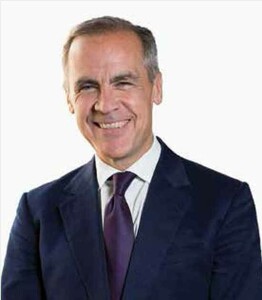 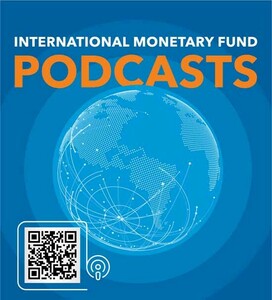