THIS YEAR’S 75TH ANNIVERSARY of the Bretton Woods conference that created the IMF and World Bank coincided with the half-century celebration of the inclusion of the Special Drawing Right (SDR) in the IMF Articles of Agreement.

We also saw in 2019 the spread of crypto-assets and the launch of Facebook’s proposal to create Libra, a global digital currency based on blockchain technology. Central banks are actively discussing issuing digital national currencies, and former IMF Managing Director Christine Lagarde raised the possibility of launching a digital version of the SDR.

In this brave new world, is it time to rethink the SDR’s role?

The SDR—created 50 years ago to supplement IMF member countries’ official reserves—is the only true global money, backed by all IMF members. The IMF’s Articles of Agreement envisioned it as “the principal reserve asset in the international monetary system.” But the SDR has turned out to be one of the most underutilized instruments of international cooperation. A more active use of this tool would significantly strengthen the IMF’s role as the center of the global financial safety net.

Origins of the SDR

The idea of a global currency goes back to John Maynard Keynes’s bancor, the unit of account of his proposed International Clearing Union. There have been three issues of SDRs: the initial one, in 1970–72, of 9.3 billion SDRs; the second, in 1979–81, of 12.1 billion; and a third, in 2009, of 182.7 billion SDRs. The latter included 21.5 billion that had been approved in 1997 but had never gone into effect, as well as a new allocation of SDR 161.2 billion (equivalent to $250 billion) as one of the measures to manage the international financial crisis.

Historically, the SDR has represented only a small fraction of global reserves: 8.4 percent of nongold reserves at its peak in 1972 and less than 3 percent in recent years. Only central banks and a few international organizations can hold SDRs. In practice, SDRs are mainly used by central banks from developing countries to pay other IMF members, in addition to serving as the IMF’s unit of account.

A basic advantage of the SDR is that it can be deployed during global financial crises as an instrument of international monetary policy, as was done in 2009. But SDRs could also be issued more systematically in a countercyclical way. Various economists have estimated that, as a supplement to other reserve assets, the IMF could issue $200 billion–$300 billion in SDRs annually.

The major limitation on the use of SDRs is the division between the IMF’s general resources and SDR accounts, which limits the use of SDRs to payments among central banks. If the two accounts were consolidated, it would be possible to go one step further and finance IMF programs with the SDRs that have been allocated, thus enabling global monetary creation to take place in a way similar to that in which central banks create domestic money. This would be the most important reform of the system and would echo the proposals made four decades ago by the eminent IMF economist Jacques Polak. The simplest way would be to treat the SDRs countries hold as “deposits” in the IMF, which the institution could then lend to countries in need.

A virtual SDR could facilitate the SDR’s use in private transactions, creating a global cryptocurrency that could circulate along with cryptocurrencies backed by central banks.

Such a use of the SDR would require a change in the Articles of Agreement, which created the division between the general resources and SDR accounts. It would, of course, also require all central banks to continue to commit to receiving the SDR as a means of payment, which is what gives it the character of global money.

SDRs would thus complement quota increases and eliminate IMF funding’s dependence on “arrangements to borrow” and bilateral credit lines, neither of which are true multilateral instruments.

The more active use of SDRs would have three additional advantages. First, it would spread across all countries the seigniorage generated by issuing a global currency. Second, it would reduce the demand from emerging markets and developing economies for foreign exchange reserves as “self-insurance.” Both advantages would be enhanced if there was an agreement to take into account factors besides quota contributions to increase developing economies’ share in SDR allocations. Third, it would make the international monetary system more independent of US monetary policy. Strengthening the IMF as the center of the global financial safety net should involve reinforcing its precautionary instruments. Robust precautionary facilities would also help overcome any stigma associated with borrowing from the IMF. Beyond those currently in place, these precautionary instruments should include a global swap arrangement, an idea that the IMF staff proposed to the Executive Board in 2017 and the G20 Eminent Persons Group recommended last year. SDRs could be used to finance such a facility.

A number of analysts—Richard Cooper, Barry Eichengreen, and Tommaso Padoa-Schioppa, among others—have suggested that any ambitious reform of the SDR should also embrace the private use of this global currency. This could include using SDRs to denominate private or government bonds or as a unit of account in commercial transactions (for example, in commodity pricing). A virtual SDR could facilitate the SDR’s use in private transactions, creating a global cryptocurrency that could circulate along with national or regional crypto-currencies backed by central banks. This would certainly be preferable to existing crypto-assets, all of which have experienced highly volatile prices, or to Facebook’s Libra, which faces monumental regulatory challenges and nearly universal opposition by governments.

Despite the appeal of a “market SDR,” though, the major challenge is to reinforce the role of the SDR as a reserve asset, which could be achieved even if SDRs continue to be managed mainly by central banks. It is easy to imagine a variety of intermediate solutions that would allow a partly private use of SDRs, such as permitting financial institutions’ deposits in central banks to be held in SDRs (as either reserve requirements or excess reserves).

The anniversaries of the IMF and the SDR, along with the naming of a new IMF Managing Director, provide an excellent chance to think big about the SDR’s role in the development of a stronger global financial safety net. The IMF should not pass up this opportunity. FD

JOSÉ ANTONIO OCAMPO is Colombia’s former minister of finance and public credit and a professor at Columbia University. Currently a board member of Colombia’s central bank, he is the author of Resetting the International Monetary (Non)System. 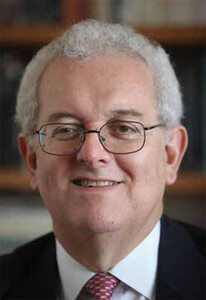