Officials in The Bahamas have a blueprint for building up coastal resilience in the wake of Hurricane Dorian, after the islands were also hit with storms in 2016 and 2017. Investing in the archipelago’s hundreds of kilometers of coastal forests, mangroves, reefs, and seagrasses will provide protection that seawalls and jetties can’t while costing less, according to research led by Stanford University and the Bahamanian government.

Elsewhere in the hurricane-plagued Caribbean, Dominica, Grenada, and Jamaica are at various stages of creating the ability to better withstand and recover from natural disasters related to climate change. In Africa, Malawi, Mozambique, and Zimbabwe are pursuing a “build-back-better approach” for roads, rails, and ports; restoration of agricultural livelihoods; and promotion of resilience to climate shocks, disasters, and extreme weather events following massive flooding from this year’s back-to-back tropical cyclones Idai and Kenneth.

“This is becoming the new norm,” says Eyerusalem Fasika, the African Development Bank’s acting country manager in Lilongwe, Malawi, as the changing global climate makes natural disasters bigger and more frequent. The landlocked southern African nation of 18 million has created a Department of Disaster Management Affairs to coordinate and direct the implementation of disaster risk management programs in the country. “Ten years ago, I never would have imagined this frequency and level of disasters,” she says. “Our thought processes have to change.”

There’s a new emphasis in disaster-prone nations on preparation and adaptation, encouraged by international organizations such as the African Development Bank, the International Monetary Fund, and the World Bank. Investing in resilience is likely to result in less human suffering and fewer lives lost than simply pouring resources into relief and recovery after disasters, these groups are finding.

In June 2019, the IMF endorsed investment in resilience building by disaster-prone nations, citing lower expected losses, improved economic performance, and better continuity of public services. It acknowledged, however, that many vulnerable countries are likely to find such investments unaffordable. According to the United Nations Environment Programme, the costs of adapting to climate change in developing economies may range from $56 billion to $300 billion by 2030, or two to three times the currently available funding.

And yet, according to IMF economists, investing in resilience may cut the costs of postdisaster intervention by at least half. It’s a case that international organizations are making to donor groups and nations.

“Disasters help get people’s attention,” she says in an interview. “Before this concept was fully developed, people didn’t tend to rebuild resiliently. Everywhere, it’s the poor and vulnerable who get hit the hardest, whether they live on an island or in a city.”

In March 2019, Tropical Cyclone Idai blasted Malawi, Mozambique, and Zimbabwe with days of high winds and heavy rains, killing more than 1,300 people. A month later, Tropical Cyclone Kenneth hit some of the same areas and compounded the devastation, bringing total damages from the two storms to $4 billion. It was the first instance on record of such sequential disasters in a single season and left almost 3 million people without housing, electricity, or running water. More than 800,000 hectares of crops were wiped out.

In the cyclones’ aftermath, the African Development Bank approved a $100 million, four-year grant program that would directly benefit 1 million people across the three countries. The project includes measures to improve agricultural productivity and resilience by upgrading irrigation systems and livestock practices. In addition, it envisions making infrastructure such as roads, electrical grids, water supplies, and sanitation systems more resistant to big storms. The program will also enhance early-warning systems and institutional and community capacity to respond to disasters.

Farmers and remote households in places like Malawi depend on mobile-phone services for early warning of weather events, planning what crops to plant, and gaining access to financing, Mitra says. So strengthening telecommunications systems to withstand catastrophic storms is important for building resilience, she observes.

“These countries can’t necessarily do it all on their own,” Mitra says. “These are poor countries. As the disasters become bigger and more frequent, and thus more costly for all the various donor countries and international organizations, perhaps it is going to be cheaper if we all help with building resilience up front.”

That’s a major takeaway from a 2019 working paper by IMF economists Alessandro Cantelmo, Giovanni Melina, and Chris Papageorgiou. These researchers rank countries by probability of sustaining a natural disaster based on 20 years of data through 2017. They identify the 34 most disaster-prone nations and find that they are mostly small or low-income countries in the Pacific or the Caribbean, with the Marshall Islands, St. Vincent and the Grenadines, Tuvalu, Micronesia, and St. Lucia at the top of the list.

The study shows that natural disasters such as droughts, floods, and storms can often cause damages totaling 50 percent of a country’s GDP, with indications that frequency and size of catastrophes have risen over the past 20 years. The costs of Hurricane Ivan for Grenada in 2004 amounted to 148 percent of GDP and those of Hurricane Maria for Dominica in 2017 reached 260 percent, reflecting the relatively small size of the countries’ economies.

The researchers have developed a complex economic model to compare the effects of investing in resilience with those of simply providing disaster relief. It shows that disaster-prone countries would benefit only modestly by self-financing the higher costs of adaptation. “International aid is crucial,” they write. If forthcoming, such help in paying for resilient infrastructure can yield dramatic results, the economists find.

“To eliminate the welfare losses from natural disasters via grants that finance the extra cost of resilient infrastructure, donors would have to disburse less than half the amount required to finance post-disaster intervention,” the study shows.

Other recent IMF work in Caribbean nations has shown that investing in structural resilience would increase potential economic output by 3–11 percent, with a growth dividend of 0.1–0.4 percent a year.

The IMF has outlined a three-legged approach to disaster resilience that is consistent with maintaining fiscal sustainability. Countries need to get their fiscal houses in order, with supportive funding from the international community because of the scale of the costs involved.

The first element of the approach is structural adaptation, such as strengthened roads, bridges, telecommunications, water supplies, and sanitation systems. The tiny Caribbean island of Dominica, with a population of 74,000, was devastated by tropical systems in 2015 and 2017. Damages the first time equaled the country’s GDP and the second time amounted to twice its GDP. Under an IMF pilot program, Dominica’s government is developing a plan to improve the resilience of the nation’s infrastructure by 2030. But doing so in a fiscally sustainable way will require donor aid totaling $200 million, the IMF estimates.

A second leg is postdisaster and social resilience, such as contingency planning and related investments to ensure an efficient disaster response with minimal disruption to public services, such as those for sheltering people and knowing where to direct relief. For example, following a 2016 cyclone, Mozambique created a social registry for use in distributing supplies after a disaster while investing in stronger schoolhouses that function as community shelters, says IMF African Department adviser Marshall Mills.

The third pillar, and really the central one, is creating financial resilience in advance of disasters, according to Uma Ramakrishnan, an assistant director in the IMF’s Western Hemisphere Department and a lead author of the IMF’s paper on building resilience in disaster-prone developing nations. Her portfolio includes The Bahamas, Barbados, and Jamaica. She cites a recent six-and-a-half-year IMF project in which Jamaica put tremendous effort into strengthening its finances so that major external shocks, including a major storm, won’t irreversibly damage the nation’s fiscal capacity. Over nearly 300 years of recorded history, Jamaica has weathered dozens of hurricanes, including 17 named storms since 1951, usually causing flooding, fatalities, and economic devastation.

Everywhere, it’s the poor and vulnerable who get hit the hardest, whether they live on an island or in a city.

As a first layer of financial resilience, Jamaica has been pouring money into a contingency fund to provide ready cash in the event of a disaster. The fund has reached about J$2 billion ($15 million), according to Ramakrishnan. A second is arranging standby financing for catastrophes in the form of a $285 million credit line from the Inter-American Development Bank. And a third is arranging disaster insurance through various risk-transfer mechanisms, including the Caribbean Catastrophe Risk Insurance Facility and a possible market-based instrument such as a catastrophe bond, although details regarding the instrument aren’t fully public.

“There is more to be done in Jamaica on structural and social resilience, and that will come next,” Ramakrishnan says. “In Jamaica, they always say they are just one hurricane away from all their economic gains being wiped out.” FD

BOB SIMISON is a freelance writer and editor who previously worked at the Wall Street Journal, the Detroit News, and Bloomberg News. 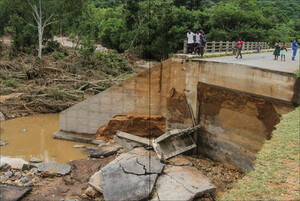 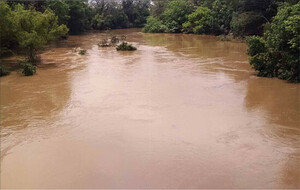