TAX COLLECTION is on many African policymakers’ minds, and rightly so. The good news is, the median sub-Saharan African country has improved revenue collection from about 14 percent of GDP in the mid-1990s to more than 18 percent of GDP in 2016. But revenues still fall short of spending needs, and public debt has increased across the continent. Looking ahead, the IMF estimates that many low-income countries must spend an additional 14 percent of GDP to achieve the United Nations’ Sustainable Development Goals by 2030. At the same time, governments are looking to move “beyond aid” to fund their own development. Is there a way to square these goals?

In their book Taxing Africa, Mick Moore, Wilson Prichard, and Odd-Helge Fjeldstad give an illuminating history of taxation in Africa and describe the current state of play. Based on the authors’ broad experience in advising governments on tax policy and revenue administration, they offer ideas to boost revenue collection, without being prescriptive.

The book starts with a brief history of Africa’s tax system, which has its roots in colonialism. Taxes were levied mainly on Africans and designed to force workers into the cash economy, working for European farms or mines. Some taxes are still associated with this period and face strong opposition. After independence, governments turned to taxing agriculture and mining exports to develop local industry and redistribute income. In the 1980s and 1990s, African countries moved to a more market-based approach and away from mainly taxing exports.

Today, tax systems across the continent feature a mix of direct taxes on personal and corporate income and indirect taxes on consumption, such as a value-added tax. But the authors note that the potential for local taxes is limited by the bribes citizens must pay to receive basic services. They also point to problems in collecting taxes from rich and influential citizens. Last, many countries— not just in Africa—struggle to collect taxes from multinational companies that use sophisticated strategies to shift income to tax havens.

So where is the potential to boost tax collection? The authors argue that the increasingly sophisticated revenue administration authorities in Africa can help design and implement better tax systems, for example, in Rwanda or Uganda. Unfortunately, tax authorities are up against powerful vested interests that obstruct reforms. But a political counterweight is emerging. Civil society is starting to support revenue mobilization, seeking to improve fairness, equity, reciprocity, and accountability. In this context, the authors note that many governments are better able to explain the need for taxes by pointing to the spending these taxes pay for.

Taxing Africa is a fascinating book that covers taxation and the challenge to increase tax collection from many angles. The book is written in nontechnical language and makes stimulating reading for anyone interested in tax policy and revenue administration. The authors’ point that African leaders are increasingly looking for African solutions is encouraging. Still, the policy-minded reader might appreciate a few more concrete ideas about what governments can do. FD 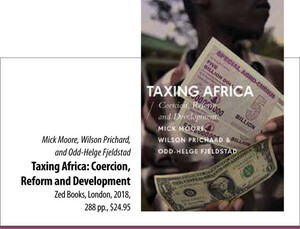 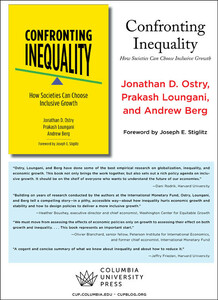