ASSAF RAZIN’S Israel and the World Economy shows that globalization can be a powerful force for economic progress in the case of a country with the institutions and policies to take advantage of the possibilities of an open economy. As depicted in this comprehensive and accessible book, Israel’s strong growth since its stabilization from high inflation in 1985 owes much to an international economy in which capital, labor, and ideas are mobile and in which trade and investment flow readily across far-flung international borders.

Razin explains that where other countries have experienced problems with globalization, Israel has found success. Large capital inflows are understandably viewed as dangerous in emerging markets living with memories of recent currency crises: in Israel foreign capital provided crucial funding for investment in the country’s showcase technology sector. Israel is now solidly established as a high-tech powerhouse—a place where budding venture capitalists from emerging market countries flock to learn how to develop an innovation ecosystem. But the domestic market alone is far too small and homegrown capital formation insufficient to foster that innovation. Globalization has been essential.

Israel and the World Economy

Similarly, immigration is a hot-button issue in the United States and in some countries in Europe but a source of growth in Israel. This is because a massive influx of skilled immigrants from the former Soviet Union starting in 1989 led to a surge in productivity, propelling Israel to medium- to high-income status, capped by membership in the Organisation for Economic Co-operation and Development in 2010. And Razin shows that this productivity boom translated into higher wages even for domestic workers who might otherwise have been harmed by the increased labor supply.

Israel is now solidly established as a high-tech powerhouse.

There is a sense in which this is three books in one. First, Razin explains the intuition and policy implications of a more globalized world across a range of topics, including migration, inequality, capital flows, currency crises, international trade, and more. The book then connects each topic to developments in the Israeli economy, portraying both successes and challenges in light of the underlying theory. Last, each chapter includes self-contained technical expositions of key models with which to analyze these economic phenomena, making this a text to be considered for a rigorous course on international economic policy.

It is not that Razin thinks Israel has done everything right—far from it. He covers rising inequality within Israeli society, the low participation rates and levels of skills among the fastest-growing segments of the population, the problem of brain drain as highly educated Israelis move abroad, and the costs associated with Israel’s security challenges, including a chapter on the “Rising Cost of Occupation.”

Still, even with Razin’s frankness about the potential pitfalls, his book is an ode to the potential benefits of good economic policy, to economic models through which to examine policy, and to Israel’s astonishing economic success. FD

THE RISE OF GLOBALIZATION and income inequality are two defining trends of our time. Since the beginning of the 19th century, the volume of global trade has increased dramatically, and in the past few decades several firms have globalized their production processes through offshoring and outsourcing. At the same time, within-country inequality in income has risen substantially in several countries, and particularly in the United States. Are these trends linked? Indeed, the recent backlash against globalization and international trade is to some extent based on the presumption that they have caused job losses and higher income inequality.

Not so fast, argues Elhanan Helpman in Globalization and Inequality. Although globalization may have affected inequality through a variety of channels, the overwhelming finding of recent research, he argues, is that this impact has been quantitatively small, meaning that we have to look elsewhere for the chief culprit in rising inequality. Helpman develops this point in a highly readable book that traverses three decades of theoretical and empirical research on international trade.

The available evidence does not support the view that globalization is to be blamed for the increase in inequality.

The book starts with a review of studies based on the factor proportions theory, the traditional lens economists use when thinking about the effects of globalization. According to this view, the progressive removal of barriers to international trade in developing economies has raised the price of goods whose production relies more on highly skilled labor, resulting in larger wage gaps between high- and low-skilled workers in rich countries. While this mechanism is plausible in theory, the empirical evidence suggests that the magnitude of the effect is rather small and that other subsidiary implications of the theory are not supported either.

In response to this failure, recent research has considered other mechanisms linking globalization and inequality. Helpman illustrates in a rigorous yet accessible way how the matching process between workers and firms, the survival and growth of different types of firms, and technological change may have been affected by international trade, therefore shaping inequality. The studies reviewed in this book are extremely rich and diverse in terms of theoretical sophistication, data, and empirical methodology—and their systematic categorization and discussion are perhaps the most valuable contribution of the book. Many of these lines of work are in their infancy, and Helpman acknowledges that conclusions are inevitably tentative at this point. However, the available evidence does not support the view that globalization is to be blamed for the increase in inequality.

The recent policy debate on the labor market consequences of international trade is ideological, vague, and ill-informed. In such an environment, economists have the important mission of disseminating key findings from rigorous research and helping to ground the debate on data and logical reasoning. This book, written by one of the most prominent globalization scholars, is one essential attempt in that direction. FD 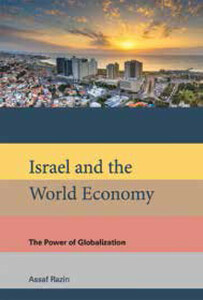 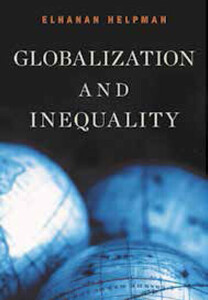 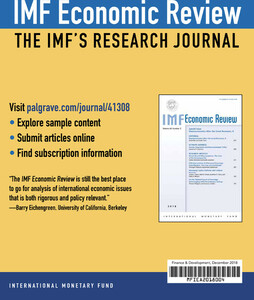