Jump to Content Jump to Main Navigation
Targeting the Poor 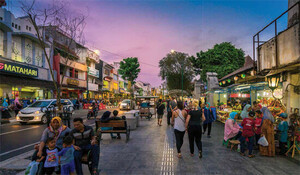