Jump to Content Jump to Main Navigation
Point of View: Hardly Anyone Is Too Poor to Share
Author: Michael Cichon

A basic level of social protection is affordable nearly everywhere

“THE WORLD DOES NOT lack the resources to abolish poverty, it lacks the right priorities.” So said Juan Somavía, former director general of the International Labour Organization (ILO), in 1999.

We may have made progress in recent decades, but the world remains a miserable place for more than half of its population. Each person in that majority suffers from at least one of three human-made or at least human-tolerated societal plagues: gross inequality, debilitating insecurity, and inhumane poverty. We have known for more than a century what can be done to make things better. Social protection effectively and swiftly reduces inequality and poverty through transfers in cash and kind. A solid basic level of social protection is affordable and implementable nearly everywhere. It can be achieved now or—at least after some investment in good governance—fairly soon.

R202 provides guidance on introducing basic social protection, defining the twin objectives of income and health security as the ability to access all essential goods and services. This requires a balance of cash and direct provision of services. The overriding objective is to achieve universal protection for all who need it.

The SDGs likewise pursue a broad agenda including social transfers, health care, education, and other essential services. The main social protection targets are to “implement nationally appropriate social protection systems and measures for all’’ and to “achieve universal health coverage, including financial risk protection.’’

What has kept us from making greater progress toward social justice?

Publicly financed social protection transfers were often portrayed as unsustainable and detrimental to economic development. Many societies’ and governments’ economic and development strategies were based on economic myths—among them the alleged trade-of between economic performance and redistribution, and the theory that the trickle-down effect would automatically reduce poverty and inequality as economies develop. Reality and research show that these are merely myths. Virtually all developed economies have substantial social protection systems, with expenditure of 20 to 27 percent of GDP and more. There is no proof that they have sacrificed much growth as they com-bated poverty, inequality, and insecurity. If the trickle-down myth were true, we would not see wide variation in poverty and inequality between countries with similar per capita GDP. Markets— left to themselves—do not develop conduits for redistribution other than transfers of wealth or sharing of income within family or kinship groups.

However, the knockout myth that has often stifled progress in social protection is that it is not affordable and not sustainable. This line of thinking claims that many countries neither have nor can mobilize the resources to finance even basic social protection. That notion is challenged by a comprehensive study from the Global Coalition for Social Protection Floors, a worldwide network of almost 100 trade union and nongovernmental organizations, and by similar studies from other groups.

The coalition has developed an index for 150 nations that calculates the resources necessary to close their social protection gaps; that is, to achieve the minimum income and health security required under R202. About half of the 150 countries could close the gap by devoting less than 2 percent of their GDP to social protection (see chart). Eighty percent could do so with less than 5 percent of GDP. Only about 12 countries would need international assistance to finance minimum social protection. A global fund to foot about 50 percent of these countries’ social protection bills would need $10 billion to $15 billion annually. That is equivalent to about 0.09 percent of close to $1.7 trillion in annual global military spending, as calculated by the Stockholm International Peace Research Institute. It is a fraction of a thousandth of the global fiscal cost triggered by the worldwide financial crisis and is a level of solidarity we should be able to afford.

The chart calculates the cost of a perfectly targeted, or means-tested, social protection system. In reality there is no perfect targeting, and consequently many countries will and should resort to more universal benefits. These benefits could be combined with tax systems that claw back a part of the redistributed resources from people whose needs are less urgent. Fair and effective tax systems can help collect much more in additional resources than equally complex individual means-testing mechanisms could ever save.

Most countries not only can afford social protection, they cannot afford to neglect it. No country will be able to fully realize its economic potential without investing in the health, education, and material security of its people.

Recently, IMF Managing Director Christine Lagarde declared pursuing the SDGs a “global priority.” When it comes to reducing inequality, she said, there is an “important role for public investment in areas such as health, education, and social protection systems.”

What does it take to organize swift progress toward social protection for all? It takes political will and the courage to align our development and governance with our globally accepted moral compass.

Most of all, it takes the political will to make social protection a top policy priority. We cannot rely on the ruling elite to bring about such change. Civil society has the moral compass and the underlying data to show that almost no country is too poor to share.

The IMF’s forthcoming social protection strategy will potentially affect the lives of many millions of people. The conscience of the community of nations, rather than the untethered promotion of often badly defined fiscal sustainability, should guide that strategy. FD

MICHAEL CICHON is a fellow of the International Council on Social Welfare and its immediate past president. He is a former professor of social protection at the Maastricht Graduate School of Governance at the United Nations University in Maastricht, Netherlands. 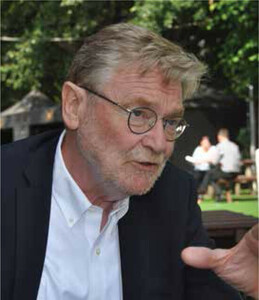 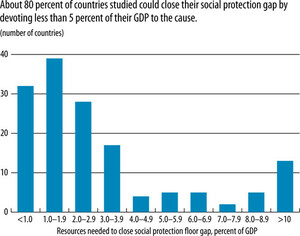