The Inevitability of Bailouts

In Last Resort Posner’s argument rests on three points. First, he argues that much of the response both by the Federal Reserve and the US government to the 2008 subprime crisis was illegal. Second, future crises will inevitably require bailouts or liquidity provision by a lender of last resort (LLR). Third, we still don’t know how to provide an LLR legally and effectively in a crisis. Much space is devoted to the first point, leaving scant opportunity to address the challenge of designing adequate (and fully) legal policy tools.

The 19th century concept of an LLR is all about liquidity for solvent institutions in crisis. But today distinguishing between liquidity and solvency problems is often impossible. It is still a matter of debate whether Lehman Brothers was insolvent or just illiquid in September 2008. Similarly, the legal battles Posner analyzes regarding the insurer AIG and the government-sponsored housing enterprises hinge on the question of insolvency or illiquidity when the government intervened. It is hard to make this distinction, so bailouts are inevitable, and there must be rules for liquidity support. If anything, Dodd-Frank limited the Fed’s ability to react. Other Dodd-Frank provisions may reduce the probability of a crisis, but if there is one, we may be less able to respond.

Today distinguishing between liquidity and solvency problems is often impossible.

Posner has no sympathy for the idea that the Fed, operating under extreme conditions, was innovative and creative in its crisis response. He presents a legal brief on why the government intervention to “take” the equity of AIG and of the government-sponsored housing agencies was illegal, as opposed to bailouts of worthless organizations. Not until the last three lines of the book does he acknowledge his work on AIG’s legal case against the government.

In the last chapter, Posner turns to the design of a postmodern LLR. Legislation can never guarantee that crises will not occur, so bailouts will still be needed. Posner would like to see an LLR with broad powers to lend when collateral is unavailable or impossible to value, make capital injections, and direct firms to enter financial transactions. His strengthened LLR could make fiscal or expenditure commitments, crossing the line that separates traditional central banking from the government.

Would any legislator give such extensive authority to an independent financial regulatory body? It is a troubling conclusion: the modern financial system requires an LLR with powers no political structure is likely to grant.

From Money to Data

Data are not the new oil but a form of capital much like human, social, and intellectual capital. The authors see data becoming the dominant organizing principle for wealth creation. Markets evolve into platforms enabling valuable new genres of data-rich products, services, and experiences. Fintech supersedes traditional finance. Classical market signals like price descend into anachronism.

“In data-rich markets,” they write, “participants no longer use price as the primary conveyor of information…one of the central tasks that money has played in the economy will be gone.” Money’s role will erode to the point where “(r)ather than equating markets with money and the economy with finance capitalism in which money rules supreme, markets will be understood to surge because of rich data flows (not money). Finance capitalism will be as old-fashioned as Flower Power.”

In other words, rich data should lead to richer—and more efficient—societies. The authors’ vision is more upbeat than cautionary: this book was not written to depress.

To be sure, Mayer-Schönberger and Ramge aren’t Pollyannas. Their proposals for regulating data-dominant oligopolies are thoughtful. How should data be shared to stimulate greater competition, innovation, and entrepreneurship? Can greater transparency be structured to facilitate greater accountability? The world’s Amazons and Googles will increasingly find themselves struggling to answer. If they can’t, regulators and legislators surely will.

That said, the book champions governance over government. Indeed, the authors celebrate markets. “Eliminate the decentralized market and the empowering quality of data vanishes,” they declare. “That is why we call the shift from money to data a revival of the market instead of the rise of artificial intelligence or the advent of Big Data.”

The book’s singular weakness is an overweening Western bias. The Chinese, Indian, and African ontologies receive only perfunctory review. Possible—even probable—global clashes of big data’s economic and commercial culture are unexplored. These omissions undermine the authors’ optimism and cheat the serious reader. If future wealth, growth, and living standards depend on data-ism, then it will surely be as much a source of rivalry and competition as collaboration and trade.

IN THIS FORMIDABLE work of scholarship, Georgetown University historian John Tutino recounts Mexico’s long journey to modernity from the standpoint of small communities surrounding Mexico City. This ambitious exercise spans five centuries to analyze how these communities “built, sustained, subsidized, resisted and changed capitalism” in its various phases from silver-based imperial capitalism under Spanish rule to the shift from national capitalism to liberal globalism in the late 20th century.

Tutino gives a rich description of the clash between traditional community life and the expansion of capitalism through the centuries and tells the stories of people in communities such as Chalco, Tenango del Valle, and Tepoztlán, places exhibiting the enduring traits of the Mexican heartland: poverty, productive communitarianism, local autonomy, and patriarchalism.

A key theme of the book is the resilience that allowed communities to retain, with varying success, a degree of the ecological, political, and cultural autonomies secured during the era of the global silver economy under Spanish rule. In the late 19th century liberal capitalism brought with it a concentration of land ownership that, combined with population growth and mechanization, undermined the patriarchal family system. Tutino describes how this led to rising violence, both within families and by armed rebellion. The ultimate result was land reform yielding a temporary renewal of autonomy. But strong population growth in the 20th century and the rapid expansion of Mexico City sapped the rural heartland and left most of its people struggling to build satisfactory lives in the sprawling conurbation.

Openness of the economy and social inclusion do not, of course, come about automatically.

For Tutino, this phase, and the subsequent collapse of national capitalism with the “triumph of globalization” since the 1980s, marked the definitive end of local autonomies. Yet the author may have marked the ending too early. The clash between traditional communities and liberal capitalism was still evident in 2006 when riots led by the community of San Salvador Atenco forced the new Mexico City airport project to be postponed for 10 years.

The author also seems to suggest that capitalism’s incompatibility with traditional autonomous communitarianism implies a choice between social erosion and inclusion. Yet some of the most open and market-oriented economies are also among those with the best track records on inclusiveness and the environment.

While Tutino may be right to say that it remains to be seen “how people will make communities and press their needs in our new world,” there is as much reason to be optimistic about this as pessimistic. Openness of the economy and social inclusion do not, of course, come about automatically. The right policies are needed for the sort of inclusive and sustainable growth that can combat poverty while safeguarding the environment and fostering human rights and democracy. At a 2017 meeting of the Organisation for Economic Co-operation and Development, which I lead, the Network of Open Economies and Inclusive Societies was established to champion this combination. The OECD has been working closely with the Mexican authorities to design and implement reforms that simultaneously boost productivity and improve the inclusiveness of growth. I hope and believe that, for the Mexican heartland, the best is yet to come. 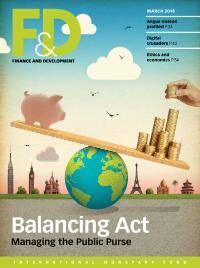 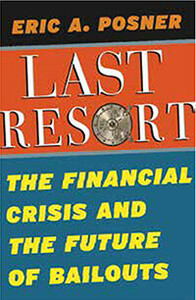 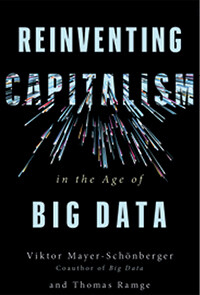 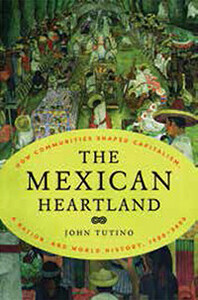