In health, education, energy, finance, agriculture, and other areas, technology is transforming international development. F&D asked a few leading development agencies to describe innovative technology projects they are funding in developing economies. These agencies are not just providing financing, they are also making use of local talent, transferring knowledge, and achieving durable change. Here are their stories.

Global Affairs Canada, which leads Canada’s international development and humanitarian assistance, aims to help those most in need, building more resilient communities and stimulating sustainable economies. We work in partnership with the private sector, civil society, and others to maximize the impact of our development investments.

One of our partners is Digital Opportunity Trust (DOT), a Canadian social enterprise working in international development. DOT’s youth-led movement of daring social entrepreneurs is transforming communities across Africa and the Middle East.

Mohammed was a recent university graduate struggling to find meaningful employment when she joined DOT. After participating in business and technology training and connecting with DOT’s network of young leaders, she began delivering entrepreneurship and digital skills training to peers in her community. Having gained insight into the needs of her own community, she has now launched a successful social enterprise—the first women-focused technology innovation hub in Kenya.

Mohammed has transformed the lives of hundreds of people who are now taking advantage of educational opportunities, starting businesses, and finding jobs because of the digital networks she has created.

DOT has supported more than 5,000 young people like Mohammed, who have in turn transformed the lives of nearly a million others through digital social impact initiatives.

DOT’s program is a powerful model for sustainable, technology-enabled, youth-led change. It recognizes that youth are natural adopters of technology who have powerful insight into the needs of their communities. Equipped with the tools for positive social impact, young people can launch initiatives that promote community well-being, create jobs, and shape local economies. Global Affairs Canada and other stakeholders have helped DOT scale up its development impact over the past 15 years.

Advances in mobile technology and digital connectivity have reshaped our lives in the United States and can transform the lives of millions in low-income countries. According to strategy& (formerly Booz & Company), the digitization of developing economies could yield a $4.4 trillion increase in GDP among countries at the bottom of the pyramid.

We’re already seeing promising signs. In parts of Africa, mobile money has completely changed the way people save, send, and receive money. When a mobile phone replaces cash hidden at home, people are less vulnerable to theft. It becomes easier for them to send money to family members or to save it securely and harder for their bosses to skim a little off the top on payday.

That’s why we are working to strengthen the ecosystem for mobile money and other digital financial services. USAID is a cofounder of the Better Than Cash Alliance (BTCA), a group committed to digitizing payment flows and creating pathways toward more inclusive growth.

At the height of the Ebola crisis, Sierra Leone, also a member of the BTCA, digitized hazard payments to more than 15,000 response workers over the course of just two weeks.

Before the change, workers had received their pay in cash, making them vulnerable to corruption and theft and delaying receipt by more than a month. This bitter combination caused an average of eight strikes a month.

Digitization ensured that the health workers were paid within a week, putting an end to the strikes. At the same time, mobile money saved more than $10 million by ending double payment, reducing fraud, eliminating the costs of cash transportation, and reducing travel costs for response workers. It strengthened Sierra Leone’s capacity to contain the Ebola epidemic.

Two billion people still don’t have access to financial services, and a disproportionate number of them are women. But mobile money has strong momentum. It is now available in 85 percent of the countries that need it most—those where the vast majority of people don’t have access to traditional banks.

Technology is transforming the way we pursue international development, and it presents a tremendous opportunity to help the 700 million people who still live on less than $1.90 a day.

No one can ignore how the digital revolution is changing the world. Digitization is proceeding much faster than development in other sectors; the number of people who own a mobile phone is far larger than those with access to electricity or clean water.

We see digitization not as a goal in itself, but rather a tool to be systematically explored for improving people’s living standards and making progress toward the United Nations’ Sustainable Development Goals.

Our “digital for development” strategy focuses on two areas: ensuring that digital benefits are benefits for all and promoting better-informed decision making through publicly accessible big data. A massive amount of data is produced daily and, when put to good use, it can help policymakers gain potentially lifesaving insight. This is especially true in low-income countries, where governments generally lack good data to inform their policies.

We are funding a project in Uganda to develop tools to help the government monitor and prioritize policy measures. This project—to be implemented by the United Nations Capital Development Fund (UNCDF) and a private partner—develops mobile phone applications for data analytics. One such app helps identify urban mobility patterns through mobile phone data; another is a financial inclusion app that allows the UNCDF and other development actors to monitor the use of digital financial services.

We also support a digital teachers’ platform in the West Bank and Gaza, a peer-to-peer site where teachers share tips and experiences. The portal has 6,500 active users and more than 2 million hits.

These are just a few projects currently in progress—but in the digital world, innovation is the name of the game. To generate new ideas, we launched a biennial prize this spring with the Royal Museum of Central Africa to reward outstanding initiatives that use digitization as a lever for development.

Of course, digital dividends are not automatic and often not equally distributed. And we must also take into account the potential risks of digitization, such as increased vulnerability to cybercrime and the emergence of new or deeper inequalities.

But digitization in development is a fundamental game changer, especially in poor countries and fragile states, where Belgium has committed to focus at least 50 percent of its official development assistance.

The Japanese government promotes joint research projects between scientists from Japan and developing economies through the Science and Technology Research Partnership for Sustainable Development (SATREPS). These projects provide an avenue for universities and research institutes in those countries not only to boost their technical capacity, but also to apply this knowledge to a host of universal real-world challenges such as global warming, infectious diseases, and natural disasters. The initiatives born of these scientific partnerships also spur progress toward the United Nations’ Sustainable Development Goals.

Since 2008, our agency, in partnership with the Japan Science and Technology Agency and the Japan Agency for Medical Research and Development, has implemented more than 100 SATREPS projects. One of these, the Carbon Sequestration and Monitoring Project, began in 2012 in the Gundih gas field of Indonesia’s Central Java province.

This project brings together researchers from Japanese universities and local counterparts from the Bandung Institute of Technology, Pertamina Oil of Indonesia, and others. Our mission is to develop a system for carbon dioxide capture and sequestration—the first attempt to do so in southeast Asia.

Natural gas production in the East Java Basin, where the Gundih gas field is located, results in high carbon emissions. Our project seeks to reduce these emissions by separating carbon dioxide from the gas during the production phase and then injecting it into underground sand layers for safe storage. Up to 30 tons of carbon emissions could be sequestered underground each day as a result of this project, potentially setting Indonesia on a course to reach its goal of reducing total carbon emissions by 26 percent by 2020.

The first phase of the project entails determining the amount of carbon dioxide emissions that can be safely injected underground. Simulations and tests ensure that pressure outside the injection layer will not cause fault instability. Meanwhile, the scientists monitor the movement of injected carbon gas through changes in gravity.

This advanced technology—which sets the stage for large-scale carbon sequestration—has already attracted donor attention, including from the Asian Development Bank. We are proud to be a part of the efforts to make carbon sequestration a reality in southeast Asia and help reduce carbon emissions on a global scale. 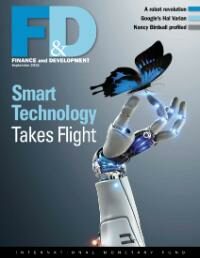 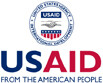 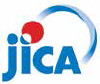