Anyone who has had to make a strategic decision taking into account what others will do has used game theory. Think of a game of chess. The outcome of the game depends not only on one participant’s move, but also on the actions of the opponent. When choosing a course of action—in other words, a “strategy”—a player must take into account the opponent’s choices. But the opponent’s choices in turn are based on thinking about the course of action the player might take. Game theory studies this interdependent decision making and identifies the optimal strategy—that is, the best course of action—for each player in response to the actions of others and how this leads to an equilibrium outcome, in which no players have a reason to change their strategy.

Because situations involving interdependent decisions arise frequently, so does the potential application of game theory in strategic thinking. Businesses competing in a market, diplomats negotiating a treaty, gamblers betting in a card game, and even those contemplating proposing marriage can use game theory.

The science of strategy

The earliest example of a formal game-theoretic analysis was by Antoine Cournot in 1838, when he studied the business behavior of two firms (a duopoly in economic parlance) with identical costs producing the same products but vying for maximum profits in a limited market. The mathematician Émile Borel suggested a formal theory of games in 1921, which was furthered by Princeton mathematician John von Neumann later in the decade. But game theory became a field in its own right after the publication of Theory of Games and Economic Behavior by von Neumann and economist Oskar Morgenstern in 1944. They studied “zero-sum” games, in which the interests of two players are so strictly opposed that the games are pure conflict—with one person’s gain always resulting in the other’s loss. A good example is chess, which has a winner and a loser. But games do not have to be zero-sum. Players can engage in positive sum games—for example, jointly writing this article generated benefits for both authors/players and was a win-win game. Similarly, games can result in mutual harm (negative sum)—for example, the failure to prevent a war. John Nash treated the more general and realistic case in which a game involves a mixture of common interests and rivalries and any number of players. Other theorists—most notably Reinhard Selten and John Harsanyi, who shared the 1994 Nobel Prize in economics with Nash—studied even more complex games with sequences of moves, and games in which one player has more information than the others.

What’s in a game?

A game is the strategic interaction between two or more players. Each player has a set of possible strategies. For each strategy players pick, they receive a payoff, which is usually represented by a number. That payoff depends on the strategies of all players in the game. Payoffs can also have different meanings. For example, they can signify an amount of money or the number of years of happiness. Game theory presumes that players act rationally—that is, that they seek to maximize their own payoffs.

The prisoner’s dilemma is perhaps the best-known example in game theory. Two bank robbers are arrested and are interviewed separately. The robbers can confess or remain silent. The prosecutor offers each the following scenario. If one confesses and the other stays silent, the one who admits the crime will go free while his accomplice will face 10 years behind bars. If both confess, each will go to prison for five years, while if both remain silent each will go to jail for a year.

If Robber A confesses, then it is better for Robber B to confess and receive 5 years in jail than to remain silent and serve 10 years. On the other hand, if Robber A does not confess, it still is better for Robber B to confess and go free than remain silent and spend a year in jail. In this game it is always better for Robber B to confess no matter what Robber A does. That is, the dominant strategy is to confess. Because each player has the same payoff structure, the outcome of the game is that rational players will confess and both will end up in jail for five years. The dilemma is that if neither confesses, each gets one year in jail—a preferable outcome for both. Can this dilemma be resolved? If the game is repeated without a foreseeable end, then both players can reward or punish the other for their respective actions. This can lead to the mutually beneficial outcome in which neither confesses and each spends a year in prison. A real-life example would be collusion between two competing firms to maximize their combined profit.

Sometimes there is more than one equilibrium in a game. Take the following example: A couple is planning a night out. Above all, they value spending time together, but the husband likes boxing while the wife prefers the ballet. They both must decide independently of the other what they will do, that is they must decide simultaneously. If they choose the same activity, they will be together. If they choose different activities, they will be separate. Spouses get a value of 1 if they get their favorite entertainment; the value 2 is assigned to being together. This leads to a payoff matrix that maximizes satisfaction when both pick the same activity (see chart, left panel).

If players sacrifice for their partners, they obtain the worst outcome: each goes to the undesired event, but alone, and the payoff is zero. If both choose the event they like, the outcome is better, but neither has the pleasure of the other’s company, so the payoff is 1 for each. If the wife chooses ballet, the optimal result occurs when the husband also chooses ballet. Hence going to the ballet is an equilibrium with a payoff of 3 for the wife and 2 for the husband. By similar logic, when both attend the boxing match, there is also an equilibrium—in which the husband’s payoff is 3 and the wife’s 2. Therefore, this game has two equilibria.

Game theory presumes that players act rationally—that is, that they seek to maximize their own payoffs.

Modifying this game by letting the players move sequentially—that is, each player is aware of the other’s previous action—will yield a single equilibrium (see chart, right panel). If the wife moves first and decides to go to the ballet, the husband’s best option would be to go to the ballet. If the wife chooses boxing, the husband would definitely choose to go to the match. The wife’s basic strategy will be to “look ahead and reason backward.” The wife can anticipate where her husband’s decision will lead and use this information to calculate her best decision: in this case choosing ballet. In this type of game, there is a clear advantage to moving first.

The prisoner and spousal games involve only two players, and each has complete information about the game. Games become more complicated when more players are involved or if players do not all have access to the same information. It is not surprising that game theory has been applied to analysis of the nuclear arms race. The 2005 Nobel Prize winner in economics, Thomas Schelling, showed that the power to retaliate is a more effective deterrent than the ability to withstand an attack and proved that uncertainty about retaliation—which keeps the enemy guessing—may preserve peace more effectively than the threat of certain retaliation.

Game theory has been used to analyze market power and how to regulate monopolies to protect consumers—an avenue of research that earned Jean Tirole the 2014 Nobel Prize in economics. Game theory has also revolutionized the field of information economics by studying games in which some players have more information than others. Three economists earned the Nobel Prize jointly in 2001 for their seminal work on games with asymmetric information: George Akerlof on the market for used cars, Michael Spence on signaling in labor markets through education, and Joseph Stiglitz on self-screening in insurance markets.

Game theory has even been applied in evolutionary biology, where the players (in this case animals) are not necessarily rational beings. The hawk-dove game developed by John Maynard Smith in 1982 involves aggressive and nonaggressive behavior and provides insight into the survival of species. Game theory is being used by some to forecast the fate of the European Union. As long as there are interactive decisions to be made, game theory will be applied to inform them.

Sarwat Jahan is an Economist in the IMF’s Strategy, Policy, and Review Department, and Ahmed Saber Mahmud is the Associate Director in the Applied Economics Program at Johns Hopkins University. 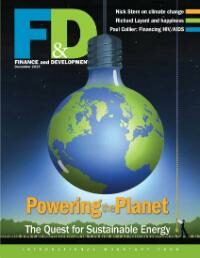 Whether the players, in this case, spouses, make entertainment decisions simultaneously or sequentially, they maximize payoff when both attend the same event. 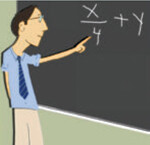