Jump to Content Jump to Main Navigation
Back to Basics: What Is Capitalism? - Free markets may not be perfect but they are probably the best way to organize an economy
Author: Mrs. Sarwat Jahan and Ahmed Saber Mahmud

Capitalism is often thought of as an economic system in which private actors own and control property in accord with their interests, and demand and supply freely set prices in markets in a way that can serve the best interests of society.

The essential feature of capitalism is the motive to make a profit. As Adam Smith, the 18th century philosopher and father of modern economics, said: “It is not from the benevolence of the butcher, the brewer, or the baker that we expect our dinner, but from their regard to their own interest.” Both parties to a voluntary exchange transaction have their own interest in the outcome, but neither can obtain what he or she wants without addressing what the other wants. It is this rational self-interest that can lead to economic prosperity.

In a capitalist economy, capital assets—such as factories, mines, and railroads—can be privately owned and controlled, labor is purchased for money wages, capital gains accrue to private owners, and prices allocate capital and labor between competing uses (see “Supply and Demand” in the June 2010 F&D).

Although some form of capitalism is the basis for nearly all economies today, for much of the last century it was but one of two major approaches to economic organization. In the other, socialism, the state owns the means of production, and state-owned enterprises seek to maximize social good rather than profits.

Capitalism is founded on the following pillars:

The extent to which these pillars operate distinguishes various forms of capitalism. In free markets, also called laissez-faire economies, markets operate with little or no regulation. In mixed economies, so called because of the blend of markets and government, markets play a dominant role, but are regulated to a greater extent by government to correct market failures, such as pollution and traffic congestion; promote social welfare; and for other reasons, such as defense and public safety. Mixed capitalist economies predominate today.

The many shades of capitalism

Economists classify capitalism into different groups using various criteria. Capitalism, for example, can be simply sliced into two types, based on how production is organized. In liberal market economies, the competitive market is prevalent and the bulk of the production process takes place in a decentralized manner akin to the free-market capitalism seen in the United States and the United Kingdom. Coordinated market economies, on the other hand, exchange private information through non-market institutions such as unions and business associations—as in Germany and Japan (Hall and Soskice, 2001).

More recently, economists have identified four types of capitalism distinguished according to the role of entrepreneurship (the process of starting businesses) in driving innovation and the institutional setting in which new ideas are put into place to spur economic growth (Baumol, Litan, and Schramm, 2007).

In state-guided capitalism, the government decides which sectors will grow. Initially motivated by a desire to foster growth, this type of capitalism has several pitfalls: excessive investment, picking the wrong winners, susceptibility to corruption, and difficulty withdrawing support when it is no longer appropriate. Oligarchic capitalism is oriented toward protecting and enriching a very narrow fraction of the population. Economic growth is not a central objective, and countries with this variety have a great deal of inequality and corruption.

Big-firm capitalism takes advantage of economies of scale. This type is important for mass production of products. Entrepreneurial capitalism produces breakthroughs like the automobile, telephone, and computer. These innovations are usually the product of individuals and new firms. However, it takes big firms to mass-produce and market new products, so a mix of big-firm and entrepreneurial capitalism seems best. This is the kind that characterizes the United States more than any other country.

During the Great Depression of the 1930s, the advanced capitalist economies suffered widespread unemployment. In his 1936 General Theory of Employment, Interest, and Money, British economist John Maynard Keynes argued that capitalism struggles to recover from slowdowns in investment because a capitalist economy can remain indefinitely in equilibrium with high unemployment and no growth. Keynesian economics challenged the notion that laissez-faire capitalist economies could operate well on their own without state intervention to promote aggregate demand and fight high unemployment and deflation of the sort seen during the 1930s. He postulated that government intervention (by cutting taxes and increasing government spending) was needed to pull the economy out of the recession (see “What Is Keynesian Economics?” in the September 2014 F&D). These actions sought to temper the boom and bust of the business cycle and to help capitalism recover following the Great Depression. Keynes never intended to replace the market-based economy with a different one; he asserted only that periodic government intervention was necessary.

The forces that generally lead to the success of capitalism can also usher in its failure. Free markets can flourish only when governments set the rules that govern them—such as laws that ensure property rights—and support markets with proper infrastructure, such as roads and highways to move goods and people. Governments, however, may be influenced by organized private interests that try to leverage the power of regulations to protect their economic position at the expense of the public interest—for example, by repressing the same free market that bred their success.

Thus, according to Rajan and Zingales (2003), society must “save capitalism from the capitalists”—that is, take appropriate steps to protect the free market from powerful private interests that seek to impede its efficient functioning.

The concentration of ownership of productive assets must be limited to ensure competition. And, because competition begets winners and losers, losers must be compensated. Free trade and strong competitive pressure on incumbent firms will also keep powerful interests at bay. The public needs to see the virtues of free markets and oppose government intervention in the market to protect powerful incumbents at the expense of overall economic prosperity.

The forces that generally lead to the success of capitalism can also usher in its failure.

Economic growth under capitalism may have far surpassed that of other economic systems, but inequality remains one of its most controversial attributes. Do the dynamics of private capital accumulation inevitably lead to the concentration of wealth in fewer hands, or do the balancing forces of growth, competition, and technological progress reduce inequality? Economists have taken various approaches to finding the driver of economic inequality. The most recent study analyzes a unique collection of data going back to the 18th century to uncover key economic and social patterns (Piketty, 2014). It finds that in contemporary market economies, the rate of return on investment frequently outstrips overall growth. With compounding, if that discrepancy persists, the wealth held by owners of capital will increase far more rapidly than other kinds of earnings (wages, for example), eventually outstripping them by a wide margin. Although this study has as many critics as admirers, it has added to the debate on wealth distribution in capitalism and reinforced the belief among many that a capitalist economy must be steered in the right direction by government policies and the general public to ensure that Smith’s invisible hand continues to work in society’s favor.

Sarwat Jahan is an Economist in the IMF’s Strategy, Policy, and Review Department, and Ahmed Saber Mahmud is Associate Director in the Applied Economics Program at Johns Hopkins University. 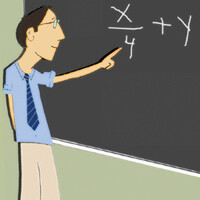