For years Anna could not find work in her hometown. A seemingly kind person offered her a job on a mushroom farm abroad. All Anna had to do was borrow some money, pay a few fees, and hand over her passport. He would take care of the rest. Anna left her family and friends, only to find herself working in terrible conditions on the farm. She was intimidated and physically abused. Her employer withheld her wages, saying she owed him money.

One day, the police raided the farm. They arrested all the workers and held them in detention for having false passports and no working permits. They realized Anna had been trafficked so they gave her a choice: press charges or go to jail. But the traffickers threatened to harm Anna’s family back home. She had no money for a lawyer, and the traffickers’ lawyers claimed she was lying and had violated the law. The judge could not find enough evidence to charge the traffickers. Anna was told she had to leave the country. Since she could not pay back the money she had borrowed to go abroad, she stayed illegally and found work as a domestic worker. Her new employer exploited her too, but she was afraid to go to the police. She was trapped …

This true story of Anna, from the website of La Strada International, a nongovernmental organization (NGO)—including what should have happened but didn’t—is, sadly, not unique. It is a story of threats and use of force, deception and exploitation, identification challenges and revictimization. This is human trafficking: a 21st century form of slavery. Anna is one of several million victims of human trafficking around the world—for sexual, labor, and other purposes. Data are not easy to gather in what is fundamentally an underground criminal activity, so the official figures on identified victims are probably only the tip of the iceberg.

The number of victims of trafficking is on the rise. In 2012, the International Labour Organization (ILO) estimated that 20.9 million people were victims of forced labor and sexual exploitation. More recently, the Walk Free Foundation, in its 2014 Global Slavery Index, published a new estimate of modern slavery, bringing the number to 35.8 million people.

Illegal proceeds from human trafficking are also increasing, making it one of the most lucrative criminal activities. The ILO estimates the illicit profits of forced labor to be $150 billion a year (2014 data). The profits are highest in Asia ($51.8 billion) and developed economies outside Asia ($46.9 billion).

Economics’ law of supply and demand drives traffickers. Although there is no established pattern, generally victims are sent to destinations where the demand for low- or no-cost labor or sexual exploitation is higher. Victims are usually lured into the trafficking ring through deception and the promise of a better life. So they often come from countries with weak economic conditions, including high unemployment.

Combating trafficking in human beings is both a moral imperative and an economic need. It is a moral imperative because traffickers treat human beings as disposable commodities and commit the worst forms of human rights violations. It is an economic need because the use of trafficked people to work around the clock for little or no pay inhibits fair competition. The large illegal proceeds generated by human trafficking are often laundered and integrated—with an aura of legality—in the legitimate economy, potentially threatening financial and economic stability.

Preventing and combating trafficking in human beings, and identifying and protecting victims, presents numerous challenges, including

Human trafficking can take place domestically, but crossing a border is often a distinguishing feature of the crime. International cooperation is, therefore, essential to prevention and to bringing traffickers to justice. The United Nations (UN) took the lead in 2000 and adopted the Protocol to Prevent, Suppress and Punish Trafficking in Persons, Especially Women and Children (the so-called Palermo Protocol). Today 166 countries around the world are bound by this ground-breaking international legislation.

The Palermo Protocol contains the first globally agreed definition of human trafficking. It aims to facilitate a unified approach to domestic criminal offenses across countries to support efficient international cooperation in investigating and prosecuting these crimes. The protocol also aims to protect and assist victims of trafficking. It is supported by the UN Global Plan of Action to Combat Trafficking in Persons, which also established a trust fund to aid and support victims.

With nearly 2 million people living in modern slavery across its member countries, according to some estimates (2014 Global Slavery Index), the Council of Europe—whose primary mission is to protect and promote human rights, democracy, and the rule of law—could not ignore this major human rights violation. It adopted its Convention on Action against Trafficking in Human Beings in 2005. Forty-three European countries are bound by it.

Although it builds on the Palermo Protocol (and on some effective domestic legislation), the Council of Europe convention goes further in many respects. It focuses on the protection of and assistance to victims of trafficking (for example, offering subsistence, access to emergency medical treatment, education for children) and the safeguarding of their rights (via assistance such as interpretation and translation services, counseling, and legal advice), as well as on the prevention of trafficking and the prosecution of traffickers. Non-European states are also permitted to sign on to the convention, as has Belarus.

Some of the provisions of the Council of Europe antitrafficking convention are far reaching and are already inspiring national policies and legislation in Europe and around the world. The convention applies to all forms of trafficking—national and transnational, related to organized crime or not. It applies whether the victim is a woman, man, or child; whatever the form of exploitation; and whether the victim is exploited sexually or for forced labor or services.

It obligates states to implement assistance and protection measures for victims. The convention requires countries to provide for a recovery and reflection period of at least 30 days. During this period, victims in a country illegally or with only short-term residence permits may not be deported. This protection allows them to recover free of the influence of traffickers so they can make an informed decision about cooperating with the authorities.

To discourage trafficking and reduce demand, the convention criminalizes those who use the services of victims. This builds on other preventive measures, such as awareness raising and education. Countries must also ensure that victims are not punished for unlawful activities they were forced to commit. Finally, the convention enshrines the right to compensation for victims from the perpetrators or the state.

The Council of Europe convention set up an independent monitoring mechanism (Group of Experts on Action against Trafficking in Human Beings, GRETA), which periodically evaluates those states that are bound by the Convention—to ensure compliance with its provisions. By pushing for legal or institutional changes and better and more integrated antitraf-ficking policies, GRETA is already making a difference for millions of victims.

Other international organizations are also very active in antitrafficking. The Organization for Security and Co-operation in Europe (OSCE) adopted the Action Plan to Combat Trafficking in Human Beings in 2003. This plan, expanded in 2013, provides measures to help countries implement their commitments to combat trafficking in human beings and a follow-up mechanism that promotes coordination between states, both within the OSCE and with other international organizations. The plan, like the treaties discussed above, adopts a multidimensional approach to combating and preventing human trafficking, protection of victims, prevention of trafficking, and prosecution of those who facilitate or commit the crime.

At the regional level, the European Union (EU) issued a directive in 2011 on preventing and combating trafficking in human beings and protecting victims. It aims to harmonize the definition of the crime and the related penalties. It sets out provisions for the protection, assistance, and support of victims, as well as provisions to prevent the crime and better monitor and evaluate EU efforts in this area.

In Latin America—where an estimated 1 million people live in modern slavery (2014 Global Slavery Index)—the Organization of American States adopted a new work plan in December 2014 to combat trafficking. It aims to promote full implementation of the Palermo Protocol; foster interagency cooperation and coordination bilaterally, regionally, and internationally among its members and with international organizations; and improve the work of government agencies that deal with trafficking. The plan seeks to reduce vulnerability to human trafficking; train professionals, institutions, and organizations engaged in combating trafficking; distribute reports on how to fight the problem; and mobilize society to prevent human trafficking and raise awareness of its risks and consequences.

Legislation can launch justice for victims. But responsibility for the fight also lies with a broad swath of society. A key component of action against trafficking is cooperation and partnership of public authorities, such as law enforcement, with civil society and private organizations. The industry and trade sector should ensure that the products they sell and the services they provide are not the result of exploitation. The tourism sector should be vigilant against being misused for trafficking purposes since trafficked victims are sometimes brought into a country disguised as tourists. The tourism sector can also play an important preventive role by joining with public authorities in their efforts to raise awareness. And the media can build public awareness of trafficking and discourage demand by influencing public opinion. Public-private partnerships—domestically and internationally—are an essential aspect of any successful antitrafficking strategy.

Clearly, the international community agrees on the need for a multidisciplinary, multidimensional approach to human trafficking. This approach broadly includes preventive and assistance measures, as well as prosecution and international cooperation. But while adopting treaties (and ratifying them), issuing action plans, and passing regional and domestic legislation are good, these measures must be effectively implemented to make a difference in the lives of victims of trafficking. Checking the boxes and complying with the letter of the law will not eradicate this modern form of slavery. Assistance to and protection of victims, continued commitment from those on the front lines to alleviating victims’ suffering and fear, proactive prosecution of traffickers, and effective monitoring such as envisaged by the Council of Europe convention can all help ensure compliance.

Combating trafficking in human beings is both a moral imperative and an economic need.

The next step is for countries to measure the effectiveness of their response to trafficking. Does coordination among all the relevant agencies at a national level really occur? How many victims of trafficking are identified and recognized as such when they enter a police station, instead of being “confused” with illegal migrants? Do victims receive physical, psychological, and social assistance? How well and in what circumstances are cases of trafficking investigated? Are traffickers prosecuted and convicted, and are their assets confiscated? Are victims compensated, and how much? Are sanctions against natural and legal persons convicted for trafficking offenses effective, proportionate, and dissuasive? Are victims protected from potential retaliation or intimidation, in particular during and after investigation and prosecution of the perpetrators? Do countries provide constructive and timely international cooperation in trafficking cases, and how effective is that cooperation?

The answers to these and other questions are likely to provide a reality check as to whether domestic and international norms are effective in practice—to prevent people like Anna from entering the spiral of trafficking and to bring all traffickers to justice.

Marja Ruotanen and Gianluca Esposito are, respectively, Director and Head of Department in the Council of Europe’s Directorate of Human Dignity and Equality, and Petya Nestorova is Executive Secretary of the Council of Europe Convention on Action against Trafficking in Human Beings. 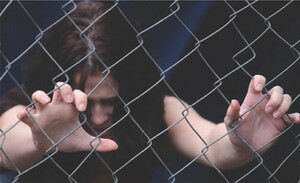