World leaders are set to adopt a new set of Sustainable Development Goals (SDGs) at a United Nations conference in September. The SDGs are goals, targets, and indicators that governments around the world will be expected to achieve over the next 15 years. The 17 proposed goals include ending poverty and hunger, making cities safe, protecting the oceans, reducing inequality, and creating jobs. In addition to reducing poverty, the SDGs are supposed to steer money and government policy toward areas where they can do the most good.

The SDGs will replace the eight Millennium Development Goals (MDGs), which governments agreed to in 2000 and are due to expire in 2015. The narrower MDGs focused on halving poverty and improving the lives of the world’s poorest by 2015. As the MDG deadline approaches, the important goal of cutting extreme poverty in half was met ahead of time in 2010, but nearly 1 billion people still live in extreme poverty—as measured by the World Bank at $1.25 a day—and more than 800 million people do not have enough food to eat. 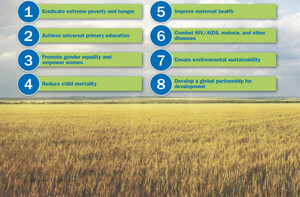 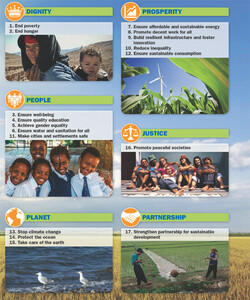