Reach out and bank

Over the past five years, 700 million people became account holders at banks, other financial institutions, or mobile money service providers, and the number of unbanked individuals dropped 20 percent to 2 billion adults, states a 2014 report by the World Bank, Global Findex.

Between 2011 and 2014, the percentage of adults with an account increased from 51 percent to 62 percent. In particular, mobile money accounts in sub-Saharan Africa are helping to rapidly expand and scale up access to financial services.

The report found that there is still more to be done to expand financial inclusion among women and the poorest households in developing economies. The gender gap in account ownership is not narrowing: by 2014 only 58 percent of women had an account, compared with 65 percent of men. Regionally, south Asia has the largest gender gap, at 18 percentage points.

The Asian Development Bank (ADB) and Japan are helping countries in Asia and the Pacific tap into the latest technologies, including satellite maps, to prepare for—and respond more effectively and quickly to—natural disasters.

A $2 million technical assistance grant from Japan will be used by the ADB to train government and community officials and local volunteers in Armenia, Bangladesh, Fiji, and the Philippines to use state-of-the-art space-based technology and other high-tech tools for disaster planning. These four countries will act as pilots for the potential wider adoption of these technologies across the region.

The use of space-based technology, including satellite-based systems such as the Global Positioning System (GPS), for disaster planning and response has been growing in recent years. But many developing economies lack the funds and expertise to adopt new technologies that can supplement their existing early-warning and disaster-monitoring systems.

The technical assistance project will train government agencies and local communities in the target countries to use OpenStreetMap, a free, worldwide digital mapping platform, and mobile phone applications to allow each country to collect community-based information for risk planning.

In the absence of pension reforms, the growing middle class in Latin America may be vulnerable to poverty in old age, according to a recent study published jointly by the Inter-American Development Bank, Organisation for Economic Co-operation and Development (OECD), and World Bank. The study looked at pension models in 26 countries in the region.

Population aging will lead to higher government spending on pensions in Latin America and the Caribbean; at the same time, the large number of workers in the informal sector—who do not make contributions—puts the adequacy of pension benefits at risk. Currently, only 45 of every 100 workers contribute to a retirement plan, a ratio that has changed little in recent decades. By 2050, between 63 million and 83 million people in the region will be at risk of receiving an inadequate pension, unless pension systems are reformed and efforts are made to increase formal sector employment and access to quality education.

The most widespread practice to bridge the gap in pension coverage is expanding so-called noncontributory pensions. These government subsidies help reduce inequality and poverty, but will pose a fiscal challenge as the population ages and the number of beneficiaries increases. Today there are 8 people of working age in the region for every retiree, but by 2050 the rate will drop to 2.5, close to the OECD average of 1.9.

Many countries in the region still lack systems and institutional capacity for sound management of pensions, both contributory and noncontributory. That means larger investments in systems and reforms of institutional frameworks are important steps toward achieving greater pension coverage and sustainability.

A 2014 study by the World Health Organization (WHO) found that the use of the same syringe or needle to give injections to more than one person is driving the spread of a number of deadly infectious diseases worldwide.

The WHO is recommending the use of a new “smart” syringe with features that prevent reuse. One model includes a weak spot in the plunger that causes it to break if the user attempts to pull back on the plunger after an injection. Another has a metal clip that blocks the plunger so it cannot be moved back, and in a third model, the needle retracts into the syringe barrel once the injection is administered. A syringe with a sheath or hood that slides over the needle after the injection is completed is also being engineered with features to protect health workers from needlestick injuries and resulting infections.

The WHO is urging countries to change over to exclusive use of the smart syringe by 2020, except, for example, when repeated use of a regular syringe is needed for an intravenous pump procedure. Syringes without safety features cost 3 to 4 cents (U.S.) when procured by a UN agency for use in a developing economy. The smart syringe would cost twice as much, but the WHO anticipates that prices will decline over time as demand increases, and is calling on donors to support the transition to these devices.

Race for Water Odyssey (R4WO), a Swiss expedition supported by the United Nations Environment Programme (UNEP), will cover more than 40,000 nautical miles in 2015 to make the first global assessment of plastic pollution in the oceans. In less than 300 days, the team will make 11 scientific stopovers and 9 outreach stopovers, in 13 countries, visiting island beaches situated in five “trash vortexes.” These gigantic concentrations of plastic waste that has been floating in the oceans are created by wind and marine currents.

The expedition left Bordeaux, France, on March 15. After traversing the Atlantic Ocean and entering the Pacific Ocean via the Panama Canal, the Race for Water Odyssey is traveling to South America and then on to analyze trash on island beaches in the South Pacific.

“The world’s oceans receive an enormous amount of litter each year, much of which is persistent and creates marine pollution that is global and intergenerational,” said Achim Steiner, UN under-secretary-general and UNEP executive director. “Collaboration between governments, the private sector, civil society, and academia is key to stemming the flow of waste into this fragile environment.”

The Race for Water foundation seeks to implement concrete and sustainable actions to protect oceans and freshwater and collaborates with organizations such as UNESCO, UNEP, and the World Wildlife Foundation.

Annual Meetings of the IMF and the World Bank 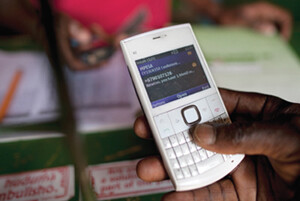 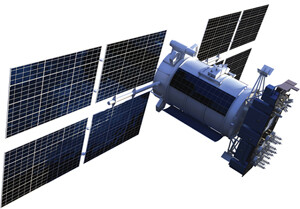 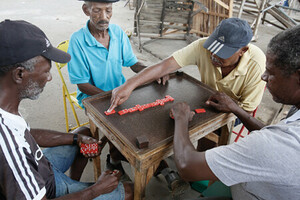 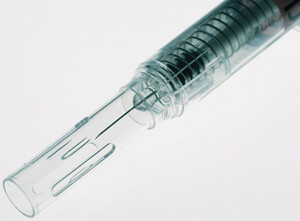 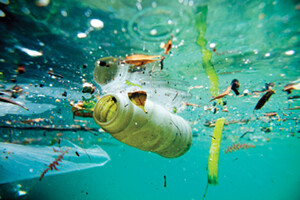