In an upscale neighborhood in Cape Town, South Africa—a country that like many others has been challenged by increasing income inequality in recent years—a 1,600-square-foot apartment may have a price tag of about $ 480,000, costing the owner about $ 2,700 in annual property taxes to the local government at current rates.

In contrast, the owner of an apartment in a much less attractive area, valued at, say, one-tenth of the first one, would not pay a tenth the property taxes, $ 270 a year, but a proportionally much smaller $ 150 a year.

Property taxes allow governments to redistribute from the rich to the poor, thus reducing inequality in their constituencies (although ideally the focus should be on the redistributive impact of all government taxes and expenditures combined). But governments generally do not make as much use of property taxation to address income and wealth inequality and raise revenue as they could. That is because property taxes are also an unpopular tax—perhaps because they are hard to evade—that can be difficult to administer.

The term “property tax” is often used in a broad sense to include a spectrum of levies, such as annual taxes based on the value (or size) of immovable property, taxes on sales of real property, net wealth taxes, taxes on inheritances and gifts, and taxes on transfers of securities. Here, we use the concept in the traditional and narrow sense of regular taxes on immovable property. These taxes have been used since ancient times—for example, in China and Greece (The Economist, 2013)—and luminaries such as Adam Smith, David Ricardo, and Winston Churchill have emphasized their benign features. Recently there has been a dramatic interest in boosting revenue from property taxes in countries as diverse as Cambodia, China, Croatia, Egypt, Greece, Ireland, Liberia, and Namibia (see Norregaard, 2013, for details).

Why this recent upsurge of interest?

Property taxes on immovable property yield fairly modest amounts of revenue in most countries. Their average yield in advanced economies is about 1 percent of GDP. That is two and a half times the average level in middle-income countries, which garner 0.4 percent of GDP. (Little is known about their revenue importance in low-income countries.) And there are huge variations in revenue raised within the two groups, especially among advanced economies (see chart). These large disparities in tax yield doubtless reflect differing degrees of popular opposition to their use and technical constraints in their administration—but they also signal a large potential for enhanced use.

Property tax reform that broadens the tax base and raises tax rates is high on the policy agenda in many countries. The reason varies by country, but usually reflects the need to raise revenues to reduce deficits or support cuts in other taxes, as well as efficiency and fairness considerations. A few countries, mainly in Asia, have recently increased property taxation to quell strong property price appreciation.

Property taxes allow governments to redistribute from the rich to the poor.

Property taxes are generally considered to be more efficient than other (particularly income) taxes, in part because they are not believed to discourage work, saving, and investing, and they are harder to evade than most other taxes, primarily because of the immobility of property. Location-specific attributes are reflected in property values: a pleasant summer house by the lake is easy for a government to identify and impossible for an owner to hide in an offshore bank account.

There is growing consensus that the tax is borne predominantly by those with middle and high incomes.

Studies of the determinants of economic growth have generally found taxation of immovable property to be less harmful to growth than other forms of taxation, in particular compared with direct taxes (OECD, 2010). However, it is generally more efficient to tax residential property than business property because land and buildings are intermediate inputs in production. The exception is when the taxes serve as a rough form of payment for services.

Reform of property taxes tends to engender intergovernmental tension. It is common, and widely recommended, for tax revenues to be allocated to a subnational government level. After all, the quality of publicly provided local services is generally reflected in property values. Taxing at the local level can improve accountability and the effectiveness of political institutions, but may require some reduction of intergovernmental transfers. Agreement on minimum and maximum rates may also be necessary to limit tax competition between local governments (undercutting each other) and tax exporting (shifting too much of the burden to nonresidents).

The fairness of property taxes—who bears the real burden—has been intensely debated over the years. There is growing consensus that the tax is borne predominantly by those with middle and high incomes. This is why strengthening property taxation in many countries is now seen as a way to improve the fairness of the overall tax system given increasing levels of inequality. The progressivity of the tax can be enhanced by a variety of steps to reduce or eliminate tax liabilities for low-income or low-wealth property owners. For example, one can tax only properties above some threshold value—and then gradually increase the rate; exempt the elderly and disabled from the tax or charge them at lower rates; or allow “mortgaging” or delayed payments of property tax liabilities for low-income households. If a property tax is truly charged as what tax specialists call a benefit tax—equal to the value of services received—such changes would have no distributional impact. But this is rarely true in practice.

Economists tend to strongly favor increased reliance on (well-designed) property taxes owing to such attractive economic properties as less distortion and greater fairness than other taxes, but good revenue potential. Still, there is widespread popular resistance to their increased use stemming in part from their transparency and the relatively limited potential for avoidance and evasion. In fact, even though the property tax has been called by its proponents the “perfect tax” (Webb, 2013), it is often maligned as the most hated among taxes (Cabral and Hoxby, 2012).

Not only are property taxes unpopular, they are also somewhat difficult to implement. Calculating a market value–based tax on land and buildings is challenging and requires substantial investment in administrative infrastructure. This includes establishing a comprehensive official register that records physical coordinates in addition to ownership and property value data. This is a data-intensive exercise that typically requires extensive cooperation and exchange of information among several entities, including tax authorities, local governments, courts, and mapping agencies. To ensure the buoyancy—that is, growth of the tax revenue in tandem with increases in property values—and fairness of the tax, an effective valuation system is required that accurately tracks market values through regular updates. Although the development of effective computer-assisted mass appraisal (CAMA) systems has simplified the valuation process considerably, many practical constraints remain, including the lack of well-qualified property appraisers in many countries.

Finally, in many countries property taxation is not effectively enforced, not only because it is politically unpopular, but also because historically it has not generated much revenue. In addition, there may be little incentive to collect the tax because the entity responsible is not always the one that ultimately receives the revenue.

There are strong economic arguments for strengthened immovable property taxation. But careful planning and execution, combined with improvements to the basic administrative infrastructure—and, in many cases, strong political will—are essential for successful property tax reform. And that translates into a tax system illustrated by our houses in Cape Town—one that both generates revenues and reduces inequality.

John Norregaard is a Deputy Division Chief in the IMF’s Fiscal Affairs Department.

This article is based on the author’s 2013 IMF Working Paper “Taxing Immovable Property: Revenue Potential and Implementation Challenges.”

People in Economics: Get to know some great economists a little better

F&D’s “People in Economics” feature presents insightful and poignant interviews of Nobel Prize winners, policymakers, and intellectual leaders around the world in the fields of finance and economics. Learn about the lives of some of the great economic thinkers of our day. 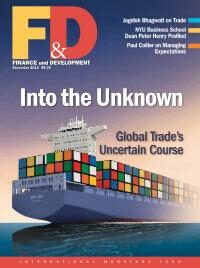 Cross-country property tax collection varies sharply in high-income countries–from close to nil in Croatia, Luxembourg, and Switzerland to over 2 percent in countries including France, Japan, the United Kingdom, and the United States. Middle-income countries rely less on such taxes. 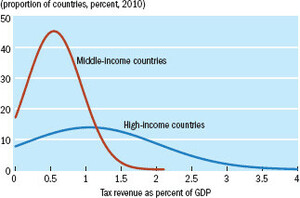 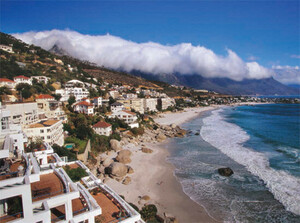 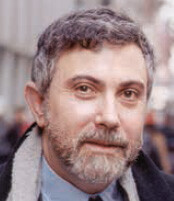 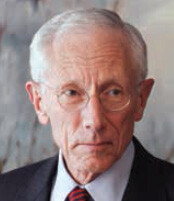 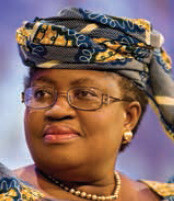 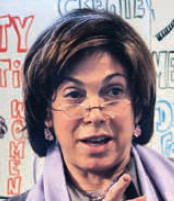 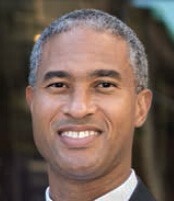 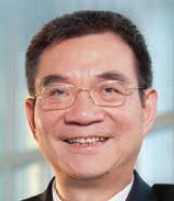 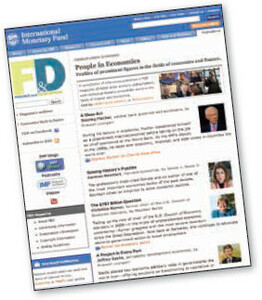