Too many poor children

The number of people living in extreme poverty around the world has declined sharply over the past three decades. But in 2010 it still included roughly 400 million children, or one-third of those living in such abysmal conditions, according to a new World Bank report, The State of the Poor, which provides an in-depth profile of the poorest people in the world.

“The finding that over 400 million children live in extreme poverty and children are more likely to be poor than adults is disturbing, since this can exacerbate child labor and create intergenerational poverty traps,” said Kaushik Basu, World Bank Chief Economist and Senior Vice President.

While extreme poverty rates have declined in all regions, the world’s 35 low-income countries—26 of which are in Africa—registered 100 million more extremely poor people today than three decades ago.

Yemen’s 13-year pursuit of a seat at the World Trade Organization (WTO) is set to end successfully with the country’s formal entry into the global trade club early next year.

Members of the Working Party on the Accession of Yemen agreed September 26 on the terms of WTO membership for Yemen. The accession package will be presented to a ministerial meeting in Bali December 3–6 for a formal decision by ministers, opening a three-month window for Yemen to ratify it.

Yemen first applied to join the WTO in April 2000 and will be its 160th member.

Its accession will be a boost for a country that is struggling to recover from the turmoil brought by pro-democracy protests in 2011, which forced the president to step down, took the country to the brink of civil war, and dealt a blow to its already struggling economy.

Being part of the Geneva-based body, whose members are bound to follow global trading rules, may help shore up confidence in its impoverished economy.

A grain of salt

The global cereal supply in the 2013–14 marketing season will surpass the 2012 level by nearly 8 percent despite downward adjustments to forecasts for world cereal production and closing stocks, according to the latest quarterly Crop Prospects and Food Situation report from the UN Food and Agriculture Organization (FAO).

The report projects an 8 percent increase in world cereal production this year compared with 2012 mainly because coarse grains output is expected to increase 11 percent, to about 1,420 million tons.

The United States, the world’s largest corn producer, will account for the bulk of the increase, with a projected record crop of 384 million tons, 27 percent higher than the previous year’s drought-reduced level.

Spring Meetings of the IMF and the World Bank

Africa Rising Conference hosted by the Mozambique Government and the IMF

Cross-border power exchanges can play a central role in helping the Asia and Pacific region meet its booming demand for power, which is set to sharply outpace that of the rest of the world over the next two decades, says a comprehensive new report from the Asian Development Bank (ADB).

Energy Outlook for Asia and the Pacific notes that fossil fuels will continue to dominate the energy mix in the coming 20 years. The demand for coal is set to rise by more than 50 percent, or nearly 2 percent a year, led by consumption in China and a pickup in use in southeast Asia as countries look for low-cost options to diversify existing supply sources.

Oil demand will also grow by 2 percent a year, driven by the transportation sector, as newly affluent south Asians buy more motor vehicles. Demand for natural gas will expand faster—4 percent annually—than for other fuels because of its lower environmental burden and ease of use.

The region’s reliance on fossil fuels presents major pricing, energy security, and environmental challenges, with the Asia and Pacific region’s carbon dioxide emissions set to double by 2035 to more than half the world’s total output. “Countries cannot meet these huge power requirements all on their own, so the region must accelerate cross-border interconnection of electricity and gas grids to improve efficiencies, cut costs, and take advantage of surplus energy,” said S. Chander, Special Senior Advisor, Infrastructure and Public-Private Partnerships, at the ADB.

Six of eleven cities polled for a new study on cycling use in Latin America have either launched or plan to implement bike share programs, underscoring the growing popularity of cycling as a transportation choice in the region. The cities are Mexico City, Lima, Buenos Aires, Bogotá, Montevideo, and Cuenca.

The Inter-American Development Bank worked with a team of students from American University in Washington, D.C., to investigate the scope of bicycle-friendly infrastructure, policy, and activism in some of the region’s largest cities.

Between 0.4 percent and 10 percent of the population use a bicycle as their primary mode of transportation in the sampled cities. In intermediate-sized cities, total daily bike trips averaged between nearly 2,000 and 48,000. The daily average ranged from 84,000 to 1 million trips a day in the region’s largest cities, with Mexico City leading with the most daily trips.

The biciudades 2013 study found that cities have limited cycling infrastructure but are nonetheless looking to promote this alternative. However, public sentiment toward cycling is mixed. While many praise its benefits, bicycles are seen by some as a symbol of low socioeconomic status, and there are concerns about safety and fear of theft, among others.

The study identified a strong and growing push at the community level to make cities more bicycle friendly. 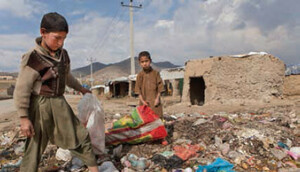 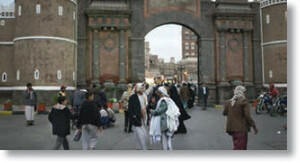 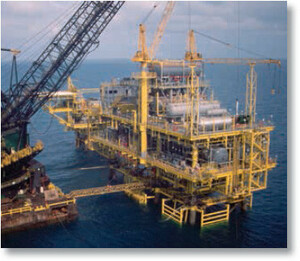