FINANCE & DEVELOPMENT A QUARTERLY PUBLICATION OF THE INTERNATIONAL MONETARY FUND

ADVISORS TO THE EDITOR

© 2004 by the International Monetary Fund. All rights reserved. Requests for permission to reproduce articles for noncommercial purposes should be sent to the Editor-in-Chief, Finance & Development

Permission for any commercial purposes may be secured online from the Copyright Clearance Center at its website www.copyright.com. A nominal fee will be collected for using this service.

WHAT MIGHT the IMF of tomorrow look like? That’s a question now stirring up debate inside, as well as outside, the institution as it marks its 60th anniversary. Of course, it’s impossible to predict the future, but it is possible to consider the implications of some of the forces that seem likely to shape the global economy—and thus the IMF—over the next 25–50 years. For example, one key reason why the IMF might need to ready itself for even greater demands on its financial resources is the growing importance of emerging market economies—newcomers to global financial markets—that seem likely to face especially high risks of financial turbulence. As Picture This reports, an IMF study shows that their share of world GDP could jump from 10 percent today to about 33 percent by 2025.

How can the IMF prepare itself for the demands ahead? The key surely lies in the answers to four critical questions: How can the IMF strengthen its surveillance, so that it can provide more effective early warnings when economic trouble looms and better voice the interests of the global community when countries pursue questionable policies? How can it better help resolve financial crises so that countries are able to regain access to capital markets and resume their economic growth? How can it better help low-income countries—the bulk of which are in Sub-Saharan Africa—emerge from extreme poverty? And how can the IMF improve the equity of voting power and the effectiveness of the way it is governed, so that it retains its political legitimacy?

To gain insights and stimulate debate, this issue of F&D sought the views of a few distinguished outsiders, many of whom were former insiders. On governance, we turned to Leo Van Houtven, who served for nearly 20 years as Secretary of the IMF’s Executive Board, which runs the IMF on a day-to-day basis. Citing what he refers to as the increased intrusiveness by the Group of Seven major industrial countries and the need to reform IMF quotas, he calls for a package of measures that would overhaul the Board, including reducing its size from 24 Executive Directors to 14 and giving those Directors more decision-making authority. Cyrus Rustomjee, who used to be an Executive Director (for a constituency that included about half of the African countries), also argues that dramatic changes are needed on the Board, particularly to give developing countries a greater and fairer say. He also calls for a radical rethink of the IMF’s lending facility for the poorest countries.

F&D also turned to three past Managing Directors for their advice. They have many suggestions for the IMF of tomorrow. But on one crucial issue—the suggestion of slimming the Executive Board by consolidating the European Union’s representation into one chair (now spread over 10)—the lack of consensus among them is no doubt quite telling about the likely debates ahead to reshape the IMF. 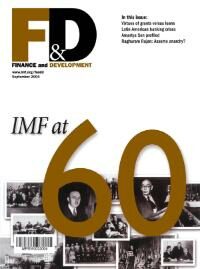 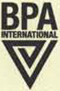