This paper presents a snapshot of changes in the world’s health and demographic conditions. The paper highlights that in most parts of the world, individuals are healthier and living longer, thanks to improved health services and living conditions and the more widespread use of immunization, antibiotics, and better contraceptives. Although this trend is likely to continue, hopes are fading in some regions where progress slowed or stopped in the 1990s, primarily as a result of the AIDS epidemic. Moreover, most regions of the developing world will not reach the Millennium Development Goals for health by 2015.

This paper presents a snapshot of changes in the world’s health and demographic conditions. The paper highlights that in most parts of the world, individuals are healthier and living longer, thanks to improved health services and living conditions and the more widespread use of immunization, antibiotics, and better contraceptives. Although this trend is likely to continue, hopes are fading in some regions where progress slowed or stopped in the 1990s, primarily as a result of the AIDS epidemic. Moreover, most regions of the developing world will not reach the Millennium Development Goals for health by 2015.

ONE OF the major purposes of the IEO is to enhance the “learning culture” of the IMF. Those who laid the foundations of the IEO—and I was one of them—obviously had in mind not only IMF staff and management but also the Executive Directors themselves, whose learning culture stood to be improved in many areas.

In this context, it makes sense for a former IMF Executive Director to try to answer the following question candidly; Would I, as a member of the Board, have been better equipped if the IEO’s analysis of today had been available to me? My answer is definitely affirmative, but with two caveats. First, the information available to the IEO today is often much broader than the information that was available to the Board in the past when it was making difficult decisions. Second, the IEO is able to analyze those decisions—which were often made under extreme pressure—with the benefit of hindsight. Thus, my answer to this question must be taken with a grain of salt.

The first thing one must look at is what can be called the “conceptual framework” of the IEO’s work. For the IMF Executive Board, clear definitions—including of such a framework—agreed upon in advance by its members are a prerequisite for careful and consistent decision making and comparative cross-sectional analysis. For instance, the IEO’s remarkable effort to define what “prolonged use of IMF resources” really means should be an excellent point of departure for many board decisions related to requests for renewed financing. I remember various times when, for lack of a precise definition of what constitutes a prolonged user of IMF resources, the Board may not have been consistent, or even fair, in its decision making. This situation reminds me of a comment by Leon Blum, the great French socialist politician, who once said “clarifier c’est moraliser” [to clarify is to moralize].

The IEO’s review shows how important a common analytical framework is for the IMF’s work. It is correct to say that IMF management and staff were fully aware of the fragility of the assets in many countries’ financial institutions, but it is also true that we in the IMF did not fully understand the possible consequences of such fragility. Ultimately, for people of my generation, there is, in the work of the IEO, an invitation to reread Don Patinkin’s well-known work, Money, Interest and Prices, which represented the first serious attempt toward integration, through real balance effects, of financial aspects in general equilibrium analysis. If I had reread it, I could have improved my learning culture, but, unfortunately, I did not.

I am pleased to see that the IEO supports the emphasis the IMF has placed in its programs and policies on the prevention of and response to shocks, external shocks in particular. This is especially apparent in the IEO’s program paper on Argentina, and I congratulate it for such an orientation. When I was with the United Nations in the mid-1990s, I set up a working group in which we focused the analysis of development strategy on such an approach. In retrospect, I have the feeling that the IMF Board did not easily accept following this type of approach.

Let me conclude this first section with a respectful wish. Defining the proper conceptual references for the IEO’s assessments is not an easy task. The references must be explicit, as well as independent of fashions or dominant ideologies. For instance, when I read that, in a capital account crisis, “there was insufficient appreciation of the large currency depreciation which might occur in view of the possibility of multiple equilibria …,” I was not sure how to interpret the sentence. As a former Executive Director, I would not feel too guilty if I refused to oblige when implicitly requested to enter into sophisticated rational expectations equilibrium analysis. If that is what the IEO authors have in mind and if they consider that such an approach is crucial for this kind of appreciation, it has to be justified and presented clearly!

As a former Executive Director of both the IMF and the World Bank, I have fond memories of many discussions and controversies with colleagues of the Boards and staffs of both institutions. The work was challenging. Sometimes it was tough, often it was instructive, but always it was friendly. When that work shows up in my nightmares, I cannot help thinking that I would have been much better equipped if I had had the useful information and references provided by the IEO. Let me mention a few examples.

First, the IEO demonstrated the importance of a balanced presentation of facts. For instance, it may be the case that, under Korea’s IMF-supported program in 1997, fiscal policy was too tight. Early on, the IMF’s Policy Development and Review Department identified tight policies as a weakness of the program. Tight policies are still often mentioned as a traditional feature of an IMF program and are intended, according to their detractors, to promote salvation through suffering. But we are also reminded by the IEO that, in 40 percent of a cross-country sample of 169 programs, the fiscal deficit was designed to increase as a percentage of GDP.

A related point is the question of social spending, essentially for health care and education. The IEO made a remarkable and useful contribution when it found that countries with an IMF program have higher social spending, on average, than they would have had without a program. Thus, the naive view that the IMF always proposes a “one size fits all” approach for countries in distress is a myth, broadly disseminated by poorly informed academics and nongovernmental organizations. Cross-sectional econometric studies are often the proper response to ideology. Such studies would have been very useful, in particular when the IMF was under fire from its colleagues in the World Bank. In the same spirit, I also remember difficult hearings in the French parliament in which I would have been much more comfortable if I had had such useful and interesting studies to rely on.

I also like the IEO’s approach to analyzing the appropriateness of IMF advice on monetary policy as summarized in its 2003 annual report. It is true that a huge question mark remains about the effectiveness and real consequences of a tight monetary policy. But the IEO is right when it emphasizes that, in various cases and for various reasons, the policy designed by the IMF was not implemented. It was certainly true in Indonesia and, at least in the initial stages of the program, Brazil (two of the capital account crisis countries). I remember discussions with World Bank chief economist Joseph Stiglitz, who had good theoretical points on the irreversible effects and costs of too strict a monetary policy. It is probably true that few of us at that time questioned whether the policy we were talking about had actually been implemented. There is no doubt, again, that we would have been better off if we had had the IEO’s findings.

“I got the feeling that the IEO team was not fully aware of the constraints that limit Directors’ independence of judgment.”

Finally, the question of whether proposed policies are politically feasible is answered with the simple idea that the Board should evaluate a country’s ownership of the reforms, as well as the probability that they will succeed, before an IMF program is approved. That is exactly what we should have done. But, when reading the IEO’s 2003 annual report, I got the feeling that the IEO team was not fully aware of the constraints that limit Directors’ independence of judgment. Indeed, there is a code in the Board—as exemplified in the ritualistic sentence: “My authorities think that …”—that has to be interpreted with the proper nuances. And when the “instructions” to Executive Directors from their authorities say something like “Don’t be isolated within the Group of Seven,” the poor Directors sometimes have to behave like weathercocks, changing their mind depending on the direction the wind is blowing.

Looking for greater candor to make surveillance more effective is a serious endeavor, and the IEO’s suggestions, as they appear in each of its three reports, seem to me well taken and fully relevant. However, let me briefly mention, as food for thought, a few points that I recall as questionable.

First, it must be clearly remembered that candor is incompatible with misreporting (that is, deliberately providing incorrect information to the IMF) by member countries. When I left Washington two years ago, this issue of misreporting had become very important. Should the silence of today be interpreted as meaning that the problem has disappeared?

Second, in the field of surveillance, we faced difficult tensions between the IMF’s area [regional] and functional [technical] departments. Were such tensions identified by the IEO? Is it not an area in which management should fully play its coordination role? Is it not an issue that should be addressed in an effective manner to improve the overall credibility and usefulness of surveillance?

And, finally, need we be reminded that the value of financial assets in countries requesting IMF assistance has to be evaluated by experts (most of the time outside the IMF) who should be fully independent of those who could advise possible rescuers of the concerned companies? I am not sure that, in Asia for instance, a guarantee of “independence” was always fully assured.

Jean-Claude Milleron is retired and divides his time between Paris and Pelvoux in southwest France. 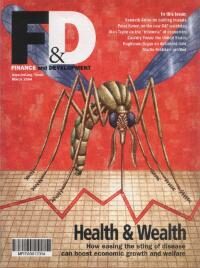