The IMF is building a database to track the volatility of international capital flows. The Coordinated Portfolio Investment Survey (CPIS) database will make it easier to estimate portfolio investment and associated income flows, promote analysis of the links between portfolio investment flows and changes in the prices of securities, and provide comprehensive global information on cross-border ownership of securities. It can be accessed through the IMF’s statistical website, http://www-stg-ext/external/np/sta/index.htm.

The IMF has changed the way it measures its liquidity to provide a clearer idea of its capacity to make new nonconcessional loans. The new measure, known as the one-year forward commitment capacity (FCC), gives policymakers and analysts for the first time a concrete figure of resources available—in dollars rather than the percentage points used previously. The IMF said that the FCC, which replaces the traditional liquidity ratio as the primary measure of the IMF’s liquidity, increases the transparency of its finances. At the end of 2002, the IMF had $74 billion available using this measure. The figure, which does not include IMF lending on concessional terms reserved for the world’s poorest countries, is published weekly and monthly on the IMF’s website http://www.imf.org/external/fin.htm under Financial Activities: Week-at-a-Glance and Financial Resources & Liquidity Monthly.

How things have changed

“In the 1940s, it was common to think of women economists as researchers but not as operators negotiating with countries or as formulators of economic policy in responsible positions,” says Margaret de Vries, the 2002 winner of the Carolyn Shaw Bell award from the American Economic Association.

“I am pleased that women are in very high positions now (in the IMF),” adds the 81-year-old former IMF economist and historian.

The IMF’s Independent Evaluation Office (IEO) will assess the IMF’s role in Argentina as one of three evaluation projects planned for the 2003/04 financial year, IEO Director Montek Singh Ahluwalia announced. The IEO will also assess the IMF’s experience with poverty reduction programs in low-income countries and the IMF’s technical assistance program. A summary of the scope and focus of these three projects is on the IEO’s website, www.imf.org/ieo. Work on the first of the projects—evaluation of Poverty Reduction Strategy Papers (PRSPs) and the Poverty Reduction and Growth Facility (PRGF)—involves collaboration with the World Bank’s Operations Evaluation Department and is already under way.

A new book from the IMF, Japans Lost Decade: Policies for Economic Revival, tracks the story of Japan’s prolonged slump and suggests strategies for revival. It can be ordered from IMF Publication Services.

30 YEARS AGO IN F&D: Some things don’t change

“What ‘income’ is, and how it should be measured, still causes a major schism within the accounting profession, and between accountants, on the one hand, and economists and statisticians on the other. … The unfortunate truth is that, at present, enterprise accounting lacks consistency in both its current practice and its theory.”

From an article by Adolf J.H. Enthoven in the March 1973 issue of Finance & Development

The United Nations is putting the spotlight on water resources this year. It has designated 2003 as the International Year of Fresh Water and in March will present its World Water Development Report, the first in a series of reports to be published every three years on the state of water stress in the world.

The report identifies critical issues and problems as illustrated by in-depth case studies of selected river basins. One of the aims of the water year is to reassert the UN’s Millennium Development Goal of halving, by the year 2015, the proportion of the world’s people unable to reach or afford safe drinking water and to stop the unsustainable exploitation of water resources. The goal, endorsed by the World Summit on Sustainable Development held last year in Johannesburg, South Africa, also recognized the key role of water in agriculture, energy, health, biodiversity, and ecosystems, as well as in the battle against poverty.

“The Year offers a wonderful opportunity to raise awareness about water issues and to motivate people of all ages to get involved,” says Alberto Tejada-Guibert, the UNESCO Coordinator for the Year.

Projections show that the combined effects of population growth, global warming, and mismanagement of existing water resources are likely to boost the number of countries experiencing severe water stress during the next decades. More information is available at http://www.wateryear2003.org.

A study by the International Labor Organization (ILO) found that two years of economic slowdown has pushed the number of people worldwide without jobs to a record 180 million, with little prospect of improvement in the global employment situation this year. “The world employment situation is deteriorating dramatically,” ILO Director-General Juan Somavia said. “While tens of millions of people join the ranks of the unemployed or the working poor, uncertain prospects for a global economic recovery make a reversal of this trend unlikely in 2003.” In the new study, Global Employment Trends, the ILO estimates that, since 2000, the number of unemployed worldwide has grown by 20 million. Particularly hard hit have been women and youth, who often have jobs that are especially vulnerable to economic shocks, the report says.

Jacks of all trades

The Food and Agriculture Organization (FAO) is launching the second phase of a program to help developing countries negotiate better in the new round of world trade talks. A series of technical seminars will enable countries to analyze the potential options and implications of trade talks and ways of strengthening their negotiating positions in the World Trade Organization. “Often countries do not have the human resources they need,” FAO economist Harmon Thomas says. “Some delegations have hundreds of dedicated negotiators and groups of specialized experts, but others have just one expert or a couple of experts who have to make a host of difficult decisions.” 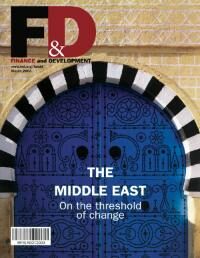