URBAN and industrial pollution in Asia—a by-product of rapid economic growth—is one of the region’s greatest development challenges. A World Bank study argues that environmental protection does not preclude economic growth, provided that concerted policy and investment efforts are made. Asian countries have started to address the issue, but more is needed to reduce today’s rising pollution trends.

During the last decade, the developing countries of Asia, especially East Asia, have experienced dramatic economic growth, ranging from 6 percent to 10 percent a year. But at the same time, pollution levels have been increasing even faster—by 10-20 percent a year in some energy, industry, and transport subsectors. As a result, the real costs of environmental degradation are mounting, taking the form of increasing health costs and mortality, reduced output in resource-based sectors, and irreversible loss of biodiversity and overall environmental quality.

These worrisome trends threaten to undercut the gains of growth both economically and in terms of the quality of life. But a recent World Bank study, echoing the message of the Bank’s World Development Report 1992, argues that these trends can be reversed and the remaining resources protected without sacrificing economic growth. Moreover, whereas a full cost valuation (including health and environmental costs not valued in the marketplace) of all pollution in the big Asian cities is 5-10 percent of urban GDP, the cost of cleanup is perhaps only 2-3 percent of GDP.

There are a number of reasons for the high rate of environmental degradation in this region, which now has five of the seven cities in the world with the worst air pollution.

First, rapid urbanization is changing the face of Asia. In East Asia, the rural population has already peaked, and all net population growth is taking place in the cities (owing to both migration into the cities and the birth of new cities in what had been villages and towns). By 2015, nearly two billion people, or more than half of the entire population of Asia at that time, will live in cities (see chart p.21).

With energy demand doubling in Asia every 12 years, total emissions of air pollutants, including particulates, acid rain precursors, and carbon dioxide, are also increasing. At current rates, for example, Asian countries will produce more sulphur dioxide by 2005 than Europe and America combined. On the more positive side, cleaner thermal power fuels and technologies are becoming more commonplace, and the pollution intensity of particulate emissions and acid rain precursors may be falling.

Third, rapid industrialization is leading to increased and more concentrated industrial pollution. Recent World Bank pollution estimates, based on multiplying production data for Asia by US pollution intensities (but not by Asian pollution intensities, which are not known) suggests that, in Indonesia, the Philippines, and Thailand, most toxic and some water-based pollutants are growing three to five times faster than the underlying economies. Air pollutants and biochemical oxygen-demand substances appear to be growing less dramatically but still two to three times faster than the economy. These trends are primarily due to the scale effect of increased industrial output, although in Bangladesh, Indonesia, Pakistan, and the Philippines, there has been stronger growth in seven of the “dirtiest” industrial subsectors than in the six “cleanest” subsectors.

Fourth, the number of vehicles is outpacing economic growth, doubling every three years in Korea and Thailand and every four years in China. Pollution levels are aggravated by the high-polluting characteristics of the large diesel and two-stroke vehicle population and by the fact that Asia has some of the dirtiest fuels in the world—although this is changing in Southeast Asia.

The resultant health and productivity effects of pollution cost billions of dollars a year in the large Asian cities. For example, the annual cost of air pollution is estimated at $1.3-3.1 billion in Bangkok, $1.0-1.6 billion in Kuala Lumpur, and $400-800 million in Jakarta. These figures include the costs assigned to mortality and morbidity. (Additional losses due to congestion, such as fuel spent, time wasted, and production delayed, are not included but would add another 20-40 percent.) In Bangkok and Jakarta, World Bank studies estimate that air pollution alone is responsible for 1,000 to 2,000 deaths a year in each city; 25,000 to 100,000 cases of sickness requiring doctor’s visits or hospitalization; and millions to hundreds of millions of “restricted activity” and “respiratory symptom” days.

On top of these direct effects on health, the unquantifiable impact on quality of life is gaining in significance. Populations are increasingly demanding, and expressing their willingness to pay for, reduced air, water, and noise pollution.

The common perception (caused, in part, by a lack of information) is that a direct trade-off exists between environmental protection and economic growth. However, analysis shows that this notion is largely a myth.

Economic growth cannot be “blamed” for high pollution. There are numerous examples of both high-growth/low-pollution countries (e.g., Japan) and low-growth/high-pollution countries (e.g., some countries in Eastern Europe). Rather, widespread market failures (lack of markets for environmental “goods” such as clean air or biodiversity) and policy failures (energy subsidies or inadequate property rights) with respect to environmental issues—a phenomenon that Asia shares with most of the world—have allowed these pollution trends to continue. The problem is that the marketplace has tended to underestimate the economic and social costs of pollution and to undervalue the economic and environmental benefits of conserving natural resources.

Economic growth can help. It does this by allowing for more rapid turnover of aging technology, more rapid restructuring of industry and its product mix, greater opportunities for attracting foreign partners and technology, and higher public revenues. Efficient policies would provide the right incentives to shape the resource use and pollution intensity of new investment. By 2010, 85 percent of industrial investment, 90 percent of vehicles, and perhaps 70 percent of power generation in Asia will be new. Because of this “window of opportunity,” it is more important and cheaper to ensure that the new capacity adheres to clean environmental standards than it is to focus solely on existing polluters.

Good environmental policies are cost-effective. Policy reforms that correct the widespread market and policy failures noted above cost less to implement than the resulting reduction in external economic and social costs. They also lead to a net increase in economic efficiency and social return on investment and provide the right incentives for downstream investment location and technology choices. Many Asian countries have taken major steps in areas where cost-effectiveness is quite clear, such as in stabilizing particulate emissions, reducing lead in gasoline, and abating the pollutants that are threatening public water supplies.

Pollution prevention is far cheaper than cleanup. This has been amply demonstrated in recent decades by the industrial countries. For example, when Japan began to clean up the environment in the early 1970s, pollution abatement investment surged to up to 25 percent of all industrial investment. No developing country can afford this type of surge—either now or ten years from now. Also, a variety of policy approaches can be used to foster pollution abatement, ranging from “command-and-control” measures, which dictate actual technologies and acceptable levels, to “market-based” instruments, which provide economic incentives for compliance with standards but also allow for greater flexibility and economic efficiency. However, US and European experience has shown the high administrative costs, as well as the relatively low economic efficiency, of the command-and-control approach. Developing countries would be better served by more cost-effective, market-oriented policies.

Investments in pollution abatement help the poor. The poor are disproportionately the victims of pollution because they are less buffered than the nonpoor from water pollution, toxic wastes, solid wastes, congestive traffic, and air and noise pollution. Given the economics of land use and land access, the urban poor, in particular, have little alternative to these high exposures. Expenditure on environmental protection will thus reduce far more sickness and death in the poorest neighbor hoods than elsewhere. The financing would almost certainly come from sources other than local user fees and would therefore be progressive as well. Contrary to the perception that environmental cleanup is a luxury reserved for the rich, pollution abatement directly and progressively benefits the poor—a vital issue for Asia, which houses one fourth of the world’s poor in South Asian cities.

Protecting the environment does not necessarily require large net spending by governments. Removing subsidies to natural resources (e.g., coal, water, and petroleum products) or taxing or auctioning permits for pollution should raise revenues. Even if overall revenue neutrality is maintained, revenues obtained this way involve less distortion to the economy than reliance on current tax bases. Revenue trends of pollution-based taxes tend to go in one of two ways: high revenues due to high pollution or low revenues due to active pollution abatement by polluters. Ultimately, governments want low pollution and low pollution tax revenues, with corresponding investments in clean technologies. But in the meantime, pollution-based taxes, such as on fuel or coal, could generate 2-10 percent of public revenue requirements in Malaysia, Indonesia, and Thailand and still not tax pollution at the extra cost of the environmental damage incurred.

How much will protecting Asia’s environment cost above and beyond projections of “business as usual”? The World Bank estimates that about $38 billion a year by 2000, or 2-3 percent of regional GDP (see chart p. 22) will be needed—two thirds in East Asia. However, this “cost” will be more than offset by the additional income generated by good economic management, the future value of conserved resources, and the future value of health, productivity, and amenity benefits.

International donors will probably be able to provide about 5 percent of the required finances—the World Bank alone has invested $2.2 billion in 1993-95 on controlling pollution in Asia. Governments will be able to finance another 20-40 percent, leaving a 50-75 percent financing “gap” for the private sector to fill. But for this to happen, private investment in environment-related infrastructure (water treatment, power generation, waste management, and mass transit) will have to be made more profitable. Two important ways that countries can do this are (1) by “commercializing” or even privatizing certain components of infrastructure sectors (e.g., power, water and sanitation, petroleum, and state-owned industrial enterprises); and (2) by raising prices for infrastructure-related services (e.g., energy, water, garbage, sewage, and transport).

The environment is a public good and is not adequately protected by the workings of free markets. As a result, governments are the key to correcting these market failures through appropriate interventions. At a time when many governments are downsizing and privatizing services, environmental protection requires that governments play a stronger role than they have in the past. In particular, they need to reform price and tax structures to encourage conservation and pollution abatement; strengthen public institutions charged with environmental policymaking and enforcement; and boost public and media attention as a way of promoting “informal regulation” through informed public participation. Each of these measures is being introduced somewhere in Asia. However, given the need to reverse some of today’s rising pollution trends, a more concerted effort is required.

For more details, see Toward an Environmental Strategy for Asia, by Carter Brandon and Ramesh Ramankutty, World Bank Discussion Paper No. 224, 1993. 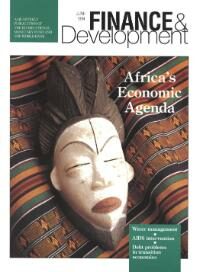 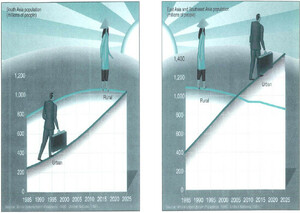 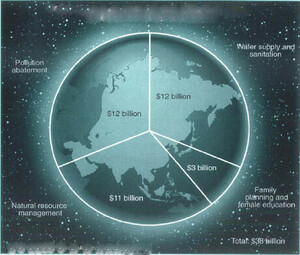