A 50 percent increase in Fund quotas, or membership subscriptions, was approved by the Board of Governors of the IMF on June 28, 1990. As a result, total Fund quotas will rise from about SDR 90.1 billion (roughly $120 billion) to SDR 135.2 billion ($180 billion). This action marked the completion of the Ninth General Review of Quotas. The previous general increase in Fund quotas took place in 1983, when subscriptions were increased by 47.5 percent.

The new increase followed a recommendation by the Interim Committee, the IMF’s advisory body, at its meeting in early May in Washington, DC, that the Fund’s Board of Governors should approve a 50 percent increase in the total of Fund quotas in accordance with understandings agreed by the Fund’s Executive Board and during the course of the Interim Committee meeting. The 151 member countries signified their approval by the formal vote of the Board of Governors.

The size of a member’s quota in the IMF determines its voting power in the institution; it also influences the amount a member can borrow from the Fund when it encounters difficulties in its international finances, and determines the amount of its own currency that a member must provide in the form of subscriptions to the Fund. When a member’s currency is used by the Fund, it receives a market-based rate of interest and an increase in its reserve position at the IMF. If a member should have a balance of payments need, it may use its reserve position at any time. The relative size of quotas also determines members’ shares in any allocation of SDRs.

Quotas are expressed in terms of special drawing rights (SDRs), the Fund’s accounting unit. (The SDR is a reserve asset that Fund members agreed to create in 1969. Its value is calculated daily, based on the market exchange rates of the world’s five major currencies. On July 16, 1990, SDR 1 = $1.33957.)

As the world economy grows, and with it international trade and payments as well as the magnitude of the potential financing needs of individual countries, the Fund’s resources must be enlarged to help maintain the Fund’s central position in the international monetary system. That is why at intervals of not more than five years, the Fund’s quota structure is reviewed and, if necessary, revised to better reflect changes in the world economy as well as changes in members’ relative economic positions. The Tenth General Review of Quotas will be conducted not later than March 31, 1993, although it could be conducted earlier in case of a clear need to do so.

The distribution of the quota increase under the Ninth Review was guided by two main principles. First, all members should receive a meaningful increase in quotas and, second, the distribution should be based on methods that are applied uniformly to all members. In order to provide a meaningful increase in quotas and to help maintain a balance between different groups of countries, 60 percent of the overall increase in quotas will be distributed to all members in proportion to their present individual quotas. The remaining 40 percent will be distributed in proportion to members’ shares in the total of the calculated quotas (i.e., the quotas that broadly reflect members’ relative economic positions). The calculated quotas are derived from formulas that employ data on members’ GDP, current account transactions, and official reserves.

As part of the Ninth Review, it was agreed also that there will be a realignment of the quota shares of the major industrial countries, which are among the biggest shareholders in the IMF. Under the new structure, the United States will remain the largest shareholder, with 19.62 percent of total quotas. The Federal Republic of Germany and Japan will be the next largest, each with 6.1 percent, followed by the United Kingdom and France, each with 5.48 percent of total quotas. Currently, the United Kingdom is the second largest shareholder, followed by Germany, France, and Japan. It was also agreed that Italy will have a quota share of 3.4 percent (the sixth largest shareholder after Saudi Arabia) and Canada will have a quota share of 3.2 percent. In addition, there was a special adjustment of the quotas of the Fund’s smallest members (the 20 members with present quotas of less than SDR 10 million).

Two things must now happen for the increase to come into effect. First, the membership must approve an amendment to the IMF’s Articles of Agreement, the international treaty that all members sign upon joining, to provide for the suspension of a member’s voting and related rights if that member does not fulfill its obligations under the treaty. Second, individual members with 85 percent of total present quotas up to December 30, 1991, or 70 percent thereafter, must formally consent to the increase in their quotas, having taken the necessary steps under their laws to ratify the increase. These actions are expected to be completed by the end of 1991.

The quota increase will permit the Fund to maintain in the near future its ability to extend financing, particularly under its enlarged access policy. At present, around 50 countries—almost one third of the membership—are using financing from the IMF as they implement economic policies to counter their difficulties. Current borrowers from the IMF include a number of highly indebted countries like Mexico and Venezuela, which are attempting to restore strong growth to their economies; Eastern European members like Poland and Hungary that are moving their economies to a free-market basis; as well as many of the world’s poorest countries like Ghana, Madagascar, Nepal, and Togo that are attempting to reverse many years of economic decline or stagnation.

A detailed article on the Ninth General Review of Quotas will be appearing later—Editor. 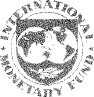