A basic guide to the process

Active management of reserves by central banks and a greater diversification of their reserve portfolios came into vogue in the 1970s. This process was fueled by the desire of central bank authorities to maintain the real value of their reserve assets, or at least to increase their nominal returns during a period when world liquidity was rising sharply. Producers of oil and other commodities found it necessary to better manage their increasing reserves during the 1970s, particularly in the face of wide fluctuations in interest rates and exchange rates.

The approach to the management of foreign exchange reserves by central bankers varies across the globe, ranging from a policy of benign neglect to detailed and highly mathematical calculations of alternative moves to reduce risk and increase profitability. Many developing countries still have not set up formal mechanisms to measure their reserve needs or set objectives for managing their reserves. This subject has not been widely studied in recent years, leaving many policymakers without much guidance on the issues behind this activity. To help fill this gap, this article provides a basic framework for setting and implementing a policy on managing foreign exchange reserves.

A country needs to hold reserves in order to prevent excessive short-term fluctuations in the exchange rate as a result of factors such as fluctuations in export receipts, import payments, and capital flows. Formulating a reserves management policy is essentially a three-step process entailing first, the adoption of an appropriate investment philosophy that is both prudent and profitable; second, the selection of currencies in the reserve pool (the currency mix); and third, the investment of the chosen currencies in suitable instruments in the various capital and money markets under appropriate portfolio management guidelines.

A central bank’s investment philosophy is essentially a statement of the objectives of reserves management and how they are to be achieved. Since there is an implicit economic or “opportunity” cost in holding reserves, measured in terms of the returns from their alternative domestic use, an important objective must be to compensate for this cost by managing the reserves portfolio as profitably as is prudently possible. Clearly, central banks are not supposed to put a country’s reserves at risk, so safety of capital is a paramount objective. Another objective is liquidity of the reserves portfolio since it ensures that a country will be able to stabilize its exchange rate and meet its payments needs quickly.

In pursuing these objectives, central banks are expected to cooperate with the central banks and regulatory authorities in the countries in which they invest and avoid actions that would disrupt foreign markets. Indeed, as noted in a Group of Thirty survey of 1982, “irrational behavior” or “wild and ill-informed trading in currencies” puts funds at risk and leads to losses.

On the question of the appropriate mix of currencies in a reserves portfolio, there is an argument—conceptually at least—for holding only a single widely traded and acceptable currency, since foreign exchange markets are among the most efficient of markets. One should hold the currency that offers the best range of market instruments. This seems to point to the US dollar. However, when there is considerable volatility in exchange rates, holding US dollars exclusively could result in high exposure to exchange rate losses. Regardless, many countries hold a high percentage of US dollars in reserves. At the end of 1986, for instance, US dollar denominated assets made up an average 67 percent of total identified official holdings of foreign exchange worldwide—the percentage in industrial countries was 71 percent while that in developing countries was 60 percent.

In determining an appropriate currency mix, other factors that may be taken into account are trade and payments patterns—in particular the currencies required for external payments—and the currency distribution of a country’s external debt. In practice, as official foreign liabilities are not usually held in the balance sheet of central banks and very often are substantially in excess of foreign exchange reserves, it is not always practicable to match foreign assets and liabilities. In the final analysis, reserves are used to pay for imports, therefore the distribution of reserves over currencies should be such as to protect their real purchasing power. In sum, the conventional wisdom is that it is unwise to have all one’s eggs in one basket.

Other factors may limit the selection of the best currency mix. Given the need for liquidity, it is important that reserves be internationally acceptable and readily marketable. This would point to currencies of those countries with broad, well centralized, and efficient foreign exchange and capital markets. Authorities in some of those countries may also, from time to time, be sensitive to the level of holdings and the timing of both purchases and sales of their currency by other central banks.

Moreover, since managing reserves involves inherent exchange rate risks vis-à-vis the domestic currency, a well diversified reserves portfolio spread over the major world currency blocs (US dollar, Deutsche mark, French franc, pound sterling, and Japanese yen) may be necessary. In determining the currency mix, it is better to express proportions as target ranges rather than fixed percentages. This approach creates some operational as well as investment flexibility in portfolio management and avoids excessively frequent adjustments.

The objective of portfolio management is to maximize returns from each currency while minimizing risks.

Choice of instruments. The choice of investment instruments determines the potential for overall risk. Given the priority attached to safety of investment (i.e., protection against default), instruments should be confined in each chosen currency market to domestic government securities, debt issued by other government-guaranteed agencies, or by a multinational organization with AAA (i.e., highest) rating. The slightly lower-rated AA+ risk could perhaps be considered for some sovereign borrowing, while AA risk may be considered in the case of short-term money market instruments such as obligations of banks. Futures and options—risky areas—may be useful in certain cases to hedge against market risk and guarantee a minimum return, but considerable expertise and caution is warranted in this area (see “Management of Interest Rate Risk by LDCs,” by David Folkerts-Landau in the June 1989 issue of Finance & Development).

Credit and market risk. Having specified investment instruments for the portfolio, an acceptable level of overall risk must be adopted. Overall risk may be subdivided into credit risk and market risk. The former relates to the risk of default by entities in which the reserves are invested, such as commercial banks. Market risk may be defined as the risk of actual losses and opportunity costs arising from adverse market movements, usually of interest rates. For example, actual losses would arise if bonds were purchased at a particular yield and market yields subsequently increased. Similarly, opportunity costs would rise if, for example, funds were invested for a fixed term at a particular rate and interest rates increased after the investment was placed.

Overall risks can be managed by setting targets for and controlling critical portfolio variables:

Portfolio management techniques. The basic approach to day-to-day management of the reserves should be to actively manage the reserves within the constraints adopted, and in light of the considerations mentioned above. A number of tactical options or techniques are available to improve returns on the portfolio:

The ability of a central bank to use these various techniques depends critically on its contacts with major markets and its choice of investment agents or counterparties. A satisfactory flow of market information and intelligence and the capacity to analyze this is necessary, supported with streamlined decisionmaking on investments.

Infrastructural services. Clearly, human and physical resources also have an important role to play in implementing any investment strategy for a central bank. Accurate and timely accounting and a good management information system are important to the process of monitoring performance against established benchmarks such as market indices; computerized systems can make this process much more effective.

Organizational structure and staffing arrangements must be adequate to implement whichever strategy is chosen by a central bank, and training of dealers and analysts is vitally important. An investment committee meeting on a weekly basis and chaired by a senior official, say, at deputy governor level, can play a very useful role in any central bank. Participation from the research department can also help in addressing key issues such as interest rate trends and in the provision of sound economic forecasts and analysis of market trends in major countries. 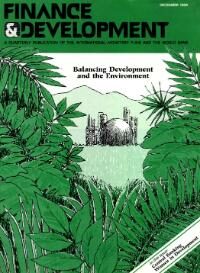